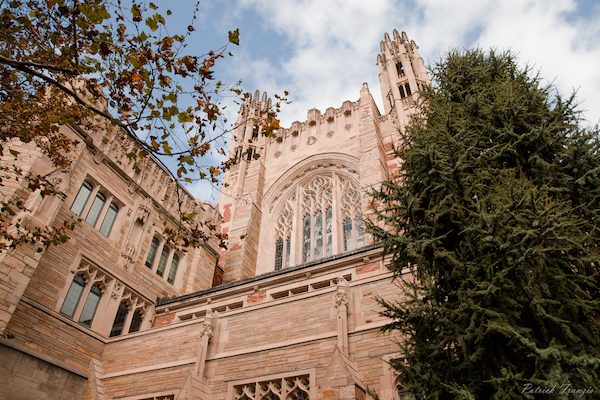 In light of recent news stories about and commentaries on free speech at Yale Law School, First Amendment News invites any member of the Yale Law School faculty or administration to comment on the controversy. Please feel free to share this open invitation with any member of the Yale Law faculty or administration. Replies can be sent to rklc@thefire.org.  — RKLC

In an earlier post, I raised the question: “Should Justice Alito debate the Court’s shadow docket critics?” As unlikely as that prospect seems, there are indeed precedents for a sitting Justice to debate a law professor.

Case in point #2: On Oct. 15, 2006, the ACLU hosted a C-SPAN televised event in which Justice Antonin Scalia engaged ACLU president and New York Law School Professor Nadine Strossen in a discussion about civil liberties and the original meaning of the U.S. Constitution. Topics included the flag-burning case, police use of infrared detection, homosexuality, pornography, the due process clause, voting rights, Brown v. Board of Education, and the right to privacy. After their discussion, they responded to audience members’ questions. The discussion was moderated by Pete Williams.

Following its victory last term in Mahanoy Area School District. v. B. L., the ACLU (Colorado affiliate) has filed an amicus brief with the U.S. Court of Appeals for the Tenth Circuit urging the court to protect young people and students’ free speech rights.

The brief argues that school authorities must respect students’ rights to express themselves outside of school, including their right to express dissenting or unpopular views.

The case, C1.G v. Scott Siegfried, et al., involves an offensive snap a young person posted on Snapchat from a local thrift store on a Friday night. The snap included a photograph of the student and three friends, including one person wearing a World War II hat, with an anti-Semitic caption, stating “Me and the boys bout to exterminate the Jews.” Within hours, the student took down the snap and apologized for it. The school expelled the student in response. The school did not claim that the snap constituted bullying or harassment, but argued that it could punish the student to the same extent that it could discipline students for in school speech that has the potential to disrupt the school environment. 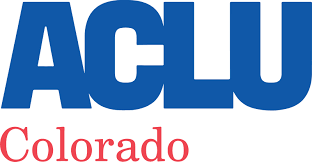 This is the first case about a school’s authority to discipline students for online, off-campus speech to reach a federal appellate court since the ACLU’s victory last June in Mahanoy v. B.L., in which the  U.S. Supreme Court held that schools do not have the same authority to regulate and punish student speech outside of school as they do in school contexts. The district court in this case, ruling before the Mahanoy case was decided, held that schools should have the same authority to regulate off-campus online speech as they have to regulate student speech on campus.

California will [protect] journalists from interference by police while covering civil protests under a bill signed into law Oct. 9 by Gov. Gavin Newsom. . . .

The measure says reporters can be behind police lines in the area of demonstrations, marches or rallies without being cited or arrested. It bars police from “intentionally assaulting, interfering with, or obstructing” their newsgathering.

Newsom last year vetoed a similar measure over police agencies’ concern that the measure would allow reporters into emergency field-command posts, along with other areas closed to the general public. 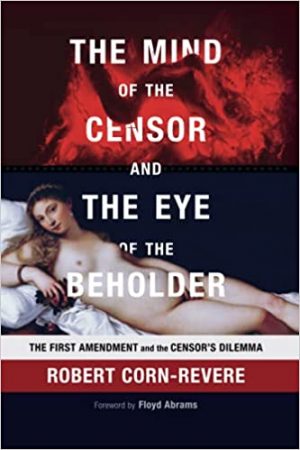 Beginning in the 19th century with Anthony Comstock, America’s “censor in chief,” The Mind of the Censor and the Eye of the Beholder (Cambridge University Press, 2021) explores how censors operate and why they wore out their welcome in society at large. This book explains how the same tactics were tried and eventually failed in the 20th century, with efforts to censor music, comic books, television, and other forms of popular entertainment. The historic examples illustrate not only the mindset and tactics of censors but also why they are the ultimate counterculture warriors and why, in free societies, censors never occupy the moral high ground. This forum and book will interest anyone who wants to know more about why freedom of speech is important and how protections for free expression became part of the American identity.

Please join us for a lively discussion of a major new work by one of America’s leading advocates for freedom of speech.  (luncheon to follow)

The University of Delaware marks Free Speech Week with events on October 18 to 21 that explore freedom of speech from legal, historic, and social perspectives. The Department of Communication and the Center for Political Communication present the online events, featuring legal experts Niko Perez and Hadar Harris, scholar Ilana Redstone, and activist David Hogg. Lindsay Hoffman, Ph.D., associate professor of communication and political science, is the event organizer and host.​

Topic: Where does free speech rank on American college campuses?

Description: The Foundation for Individual Rights in Education (FIRE) recently released the 2021 College Free Speech Rankings. In partnership with College Pulse and RealClearEducation, FIRE surveyed almost 37,000 students from 159 colleges and universities, making it the largest free speech survey of college students ever performed.

Each year, college students and professors gather in classrooms across America (and increasingly online) to examine the most pressing issues facing society, such as the state of race relations, or the freedoms of religion and association. Yet free and open discussion of these issues is not always possible and information on what the experience of being a student on a particular campus, and what it is like to engage (or not) on that campus in the free exchange of ideas, is scant.

So, where does free speech rank on American college campuses?

And which campuses have the best—and worst—climate for free speech?

Join FIRE to find out. FIRE’s experts will unpack the survey’s findings and answer any of your questions.

Free speech is not an obstacle to change: it is the way change happens. 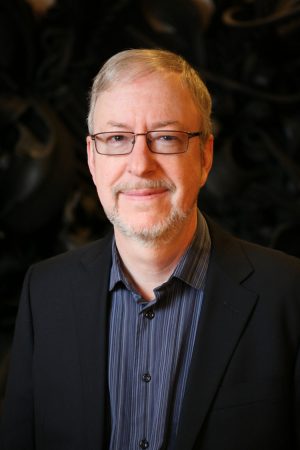 Uncovering vivid and engaging stories about First Amendment pioneers, How Free Speech Saved Democracy shows how their struggle made possible the surging protests that aim to expand democracy today

How Free Speech Saved Democracy is a revealing reminder that First Amendment rights have often been curtailed in efforts to block progress and that current measures to reduce hurtful language and to end hate speech could backfire on those who promote them.

To those who see free speech as a threat to democracy, Finan offers engaging evidence from a long and sometimes challenging history of free speech in America to show how free speech has been essential to expanding democracy.

From the beginning of American history, free speech has been used to advocate for change. In the 19th century, abolitionists, advocates for women’s rights, and leaders of the labor movement had to fight for free speech. In the 20th century, the civil rights and anti-war movements expanded free speech, creating a shield for every protest movement we see today.

Written by Christopher Finan, a historian who became a full-time defender of civil liberties who spent four decades advocating for the rights of victims of censorship, this book grew out of his desire to address the declining support for free speech that is occurring as our country becomes increasingly polarized.

Through his evocative storytelling, Finan demonstrates how the most effective antidote for the growth of hate speech and violence is support for and cultivation of the robust alternative of free speech.

Forthcoming book on language and how it moves people to action 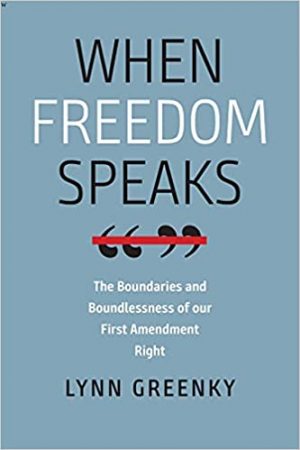 When Freedom Speaks chronicles the stories behind our First Amendment right to speak our minds. Lynn Levine Greenky’s background as a lawyer, rhetorician, and teacher gives her a unique perspective on the protection we have from laws that abridge our right to the freedom of speech.

Rhetoricians focus on language and how it influences perception and moves people to action. Powerfully employing that rhetorical approach, this book explores concepts related to free speech as moral narratives that proscribe the boundaries of our constitutionally protected right.

Using the characters and drama embedded in legal cases that elucidate First Amendment principles, When Freedom Speaks makes the concepts easier to understand and clearly applicable to our lives. With a wide range of examples and accessible language, this book is the perfect overview of the First Amendment. 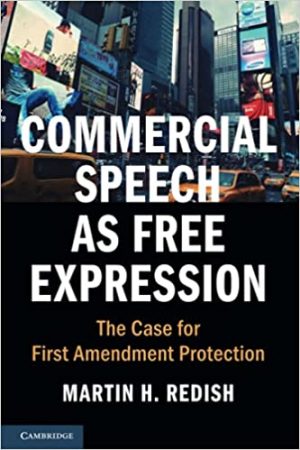 For many years, commercial speech was summarily excluded from First Amendment protection, without reason or logic. Starting in the mid-1970s, the Supreme Court began to extend protection but it remained strictly limited. In recent years, that protection has expanded, but both Court and scholars have refused to consider treating commercial speech as the First Amendment equivalent of traditionally protected expressive categories such as political speech or literature.

Commercial Speech as Free Expression stands as the boldest statement yet for extending full First Amendment protection to commercial speech by proposing a new, four-part synthesis of different perspectives on the manner in which free expression fosters and protects expressive values.

This book explains the complexities and subtleties of how the equivalency principle would function in real-life situations. The key is to recognize that as a matter of First Amendment value, commercial speech deserves treatment equivalent to that received by traditionally protected speech. 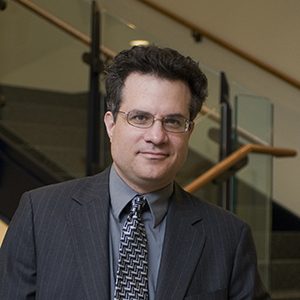 Since the U.S. Supreme Court decided its first free speech case 100 years ago, two very different eras have defined First Amendment law. For a half-century, before 1970, the Supreme Court focused on protecting the expressive freedom of political dissidents and social reformers. In 1970, amid protests against the Vietnam War, the Ohio National Guard senselessly gunned down four students at Kent State University. The Kent State massacre exposed the fragility in our country of political protest, free speech, and democracy itself. That atrocity should have inspired First Amendment law to affirm and enhance its protection of dissenters and vulnerable speakers. Instead, in a tragic irony, 1970 marks the moment when the Supreme Court began to unmoor First Amendment law from its formative principles and to prioritize protection of wealthy, powerful speakers.

Professor Magarian contends that the Court’s shift since 1970 has betrayed the First Amendment’s democratic promise and transformative power. He calls for the next century to restore and advance First Amendment law’s foundational ideals.

For some time, the familiar free speech exception known as the ‘fighting words’ doctrine has been subject to severe judicial and scholarly critique. It turns out, though, that the fighting words doctrine, in general, is neither obsolete nor in need of radical limitation. The traditionally neglected ‘inflict injury’ prong of the fighting words doctrine can and should be vitalized, with only a minimal loss, if not an actual net gain, in promoting the basic purposes of freedom of speech in the first place. And the ‘reactive violence’ prong can and should be relieved of its historic biases and dubious assumptions. On that basis, ‘reactive violence’ prong cases can be more thoughtfully and realistically adjudicated.

In all fighting words cases, judicial attention should be paid to the distinction between the abusive or provocative words actually used by the defendant speaker, and any underlying message, including the underlying message’s naturally associated emotional fervency. Protecting the latter, in undistorted fashion, need not mean protecting the former. In most fighting words cases, any tradeoff between the value of minimal discursive civility and the values underlying freedom of undistorted speech need not be substantial.