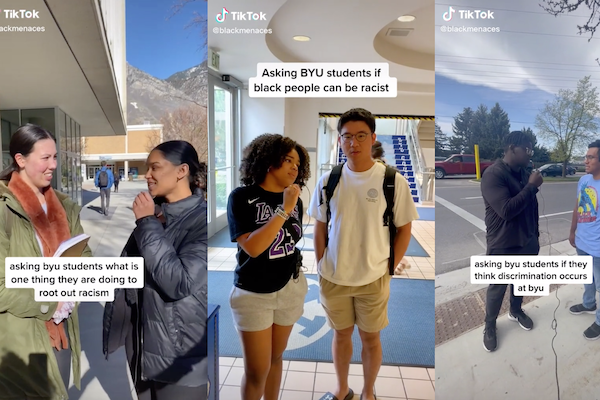 According to FIRE’s Spotlight speech code database, I go to a “Warning” school. Like the handful of other private, mostly religious institutions placed in this category on FIRE’s rating scale, Baylor University embraces its right to “clearly and consistently [state] that it holds a certain set of values above a commitment to freedom of speech.”

In prioritizing religious thought on campus, Baylor and schools like it introduce an implied hierarchy of mandated values for students and staff. Most Warning schools make a point of assigning free speech and academic liberty seats somewhere in this hierarchy. Brigham Young University — a Mormon Warning school in Provo, Utah — says that its community “embraces traditional freedoms of study, inquiry, and debate, together with the special responsibilities implicit in the University’s religious mission.” Another private school, Saint Louis University, earns its Warning rating for permitting expression that is “clearly contrary to moral and social teachings of the Catholic Church” but requiring that such speech be accompanied by “a perspective in accordance with the University’s Catholic, Jesuit identity.” Baylor expects its faculty to enable “free discussion, inquiry, and expression,” but simultaneously labels student speech or behavior that “interferes with Baylor’s pursuit of its educational and/or Christian objectives” as misconduct.

The “and/or” in Baylor’s conduct policy speaks to a common presumption that religious objectives and educational interests necessarily contradict one another.

This is where my frustration with Warning schools’ speech policies arises: They create a false dichotomy that students must forgo certain interests in civil discourse and speculative conversation should they wish to pursue an education within a religious context. I find this expectation unduly restricts student curiosity and misrepresents the relationship between religious conviction and critical inquiry. Recent trends in student activism on religious campuses suggest I’m not alone.

In February, five BYU students came together to challenge predominant political and social views on their historically censored campus. They formed The Black Menaces — a social media group that aims to “highlight how PWIs (Predominantly White Institutions) do not create safe spaces for marginalized students” via impromptu interviews with peers. Interviewees respond to questions like, “Do you support critical race theory?,” “Are you a feminist?,” “Should queer students be allowed to date openly at BYU?,” and “Does institutionalized racism exist?”

While striving to expose ignorant opinions and racist tendencies on their campus, The Black Menaces don’t purport to discredit BYU or the religious beliefs on which the school was founded. In fact, many members of the group are personally affiliated with the Church of Jesus Christ of Latter-day Saints. Still, the group asks challenging questions for the sake of educating others, even when this means inviting criticism of Mormon history with reference to the priesthood and temple ban on black members of the LDS church or quote comparisons between Mormon prophet Brigham Young and Confederate leader Robert E. Lee.

The Black Menaces’ efforts to inspire reform and confront BYU’s institutional shortcomings don’t appear to undermine group members’ personal religious commitments. In the same way, their decision to attend BYU does not appear to negate these students’ interest in hearing and discussing dissenting opinions.

Rachel Weaver, a founding member of The Black Menaces, put it simply in an interview with BestColleges: “I think people’s stories are really powerful, and we want to be able to share those.”

The American university has long served as a venue for the type of uniquely candid conversation and exposure to diverse thought that Weaver is after. This is one reason why college students frequent the frontlines of social and political debate and bring with them a unique interest in challenging the status quo. The Black Menaces’ activism indicates that this interest is not lost at the gates of Warning schools. Though students may elect to forgo some expressive rights to attend a Warning school with a mission they’re passionate about, their religious identities need not replace equal passions for discussing serious or controversial issues at their colleges and in their communities.

Discussions of this nature, challenging and uncomfortable as they may be for those publicly committed to religious value systems, yield incredible learning potential.

Any legitimate education — religious or otherwise — requires that students be permitted to confront challenging ideas.

Such has been the case at BYU, where a professor was moved to learn more about the experiences of racial minorities after The Black Menaces’ activism outed his inability to identify a photo of Rosa Parks. In a recent update, posted by the group, he shared that his initial failure to recognize a mugshot of the famous civil rights activist was embarrassing, but inspired him to “dig deeper, learn more about black history, and try to be ready in case I saw you guys [The Black Menaces] again.” The video received more than 80 thousand likes.

One viewer commented, “And that’s what it’s all about! Educating and Learning.”

“It all comes full circle y’all,” responded Black Menaces member, Nathanael Byrd. “This is why we do it.”

Any legitimate education — religious or otherwise — requires that students be permitted to confront challenging ideas. Students learn more about themselves and their beliefs when they share their thoughts and hear others do the same. Though this exchange of ideas may look different at Warning schools than at other institutions, it’s important that curiosity about diverse opinions and their educational benefits not be suppressed by the mere precedence of religious ideology.

Free discourse and religious objectives can coexist. Indeed, if Warning schools are committed to providing meaningful religious education, they must.

Karly Shepherd is a rising sophomore at Baylor University and a FIRE summer intern.