This week and next, we will be featuring winning essays from our 2018–2019 Free Speech Essay Contest. Evelyn Crowe is a senior at Concordia High School in Georgetown, Texas. Her essay is below.

“Is life so dear, or peace so sweet, as to be purchased at the price of chains and slavery?” Patrick Henry thundered at the Second Virginia Convention in 1775, thrusting his wrists together and to the ceiling as if they were shackled. “Forbid it, Almighty God! I know not what course others may take; but as for me, give me liberty or give me death!” Over a hundred delegates gazed spellbound as Henry imitatively broke his chains, seized a letter opener, and mimed a dagger stabbing into his heart; awed silence fell at the most eloquent defense of liberty yet given in the fledgling nation. 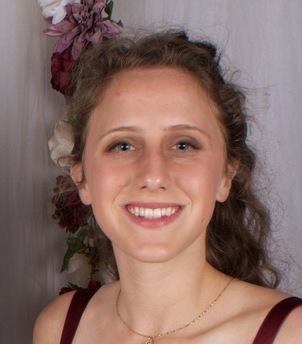 The United States of America was built on the idea of a free society. The basic right to expression is a distinguishing characteristic of American ideology, from the Bill of Rights to the attitudes of modern media; every political rally, regardless of party, and every religious gathering, no matter the religion, is an exercise of this right. However, freedom of speech does not always come freely, and advocates for Constitutional rights are engaged in a constant fight to bring violations of the First Amendment to court rather than allow them to continue. Fortunately, the Supreme Court itself routinely reinforces the First Amendment. Rulings such as Widmar v. Vincent, in which the Court upheld religious groups’ right to use public forums on college campuses, and Tinker v. Des Moines, in which the Court affirmed that “students do not shed their Constitutional rights to freedom of speech or expression at the schoolhouse gate,” show that the right to expression is particularly crucial in school settings. The underlying purpose of a college education is to learn, to think, and communicate, after all, and a college education is meant to wean students away from blindly accepting others’ worldviews and teach young adults to independently evaluate the world.

Justice Oliver Wendell Holmes proclaimed, “that the best test of truth is the power of the thought to get itself accepted in the competition of the market” in Abrams v. United States in 1919. In the years since, the Supreme Court has adopted the marketplace of ideas — the concept that public discourse is like a free market where ideas compete without censorship until truth emerges — as a cornerstone of its protections of free speech. This marketplace of ideas is the very environment that colleges are meant to cultivate. Progress, both individually and as a society, can only be made when every idea is on the table and opposing viewpoints are sharpened instead of silenced; if the marketplace of ideas is destroyed, America will have shackled itself with the very ignorance that college education is meant to remedy.

To make progress, American citizens cannot stand by and allow college students’ right to free speech to be seized. Stories like Zach Wood’s, in which controversial speakers were disinvited from the campus of Williams College, and Kevin Shaw’s, where Mr. Shaw was prohibited from distributing copies of the Constitution itself outside of the tiny free speech zone at Pierce College, are multiplying in both number and severity. Turning a blind eye is easy, and undermining the importance of the marketplace of ideas is simple. But dissenting, standing up for these basic human rights and for the fabric of free society itself, is what truly takes courage; the silver eloquence of Patrick Henry and the fiery passion of Martin Luther King Jr. sprung from their willingness to stand for their beliefs. To fight for Constitutional rights is to remember soldiers who have sacrificed their lives to uphold the rights of ordinary citizens, and to take a stand is to pay dues to the very spirit of the United States. Brushing aside or ignoring the injustices taking place on college campuses across America is absolutely antithetical to the founding principles of the nation.

But perhaps the most worrying part of the current situation on college campuses is that it is just getting started; a century ago, the idea that Kevin Shaw could be asked to leave campus merely for stepping outside a strip of pavement with the Constitution in hand would have been unimaginable. Today, free speech zones are recognized as problematic by a large sector of the population — after all, Constitutional rights cannot be placed in a box — but imagine in twenty or thirty years when free speech zones are not only accepted, but considered necessary in a world where Constitutional rights are viewed as mere privileges to be allocated at whim and challenges rarely reach the Supreme Court. Free speech zones start with the assumption that speech on campus is restricted unless specifically granted freedom. If students are not even able to freely debate their right to free speech, of course their rights will be further restricted the marketplace of ideas bankrupted — and society will be locking Henry’s intellectual manacles around itself, stifling human progress and free society itself. In the words of John Adams, “Liberty, once lost, is lost forever,” which means the fight has to start now. If nothing is done today, nothing will be done tomorrow, and harrowing images of Orwellian societies will march closer and closer as the shackles tighten around America’s fading spirit.

As Ronald Reagan said, “Freedom is never more than one generation away from extinction,” and freedom of speech on college campuses is about raising future generations who can think and speak for themselves, cast off the chains of censorship, and stand for their rights and beliefs. The fight for freedom is not just for the people of today but for all those to come- a vast multitude swelling across the continent that will be bound by ignorance or elevated to soaring heights of liberty, depending on how the America of today upholds or destroys the right to freedom of speech. To be free, society must shatter the manacles—see the world with new eyes—fight for the intellect unfettered and the speech unrestrained. The future is in the hands of today.