Over the next few days, we will be featuring winning essays from our 2018-2019 Free Speech Essay Contest. Michael Morgan is a senior at duPont Manual High School in Louisville, Kentucky. His essay is below.

A college student passing out political flyers is reported, detained and interrogated by campus police. A professor who writes about white gentrification in Harlem is found guilty of violating university policy prohibiting racial discrimination. Several organizations on a university campus are stripped of funding because they are deemed “political.” As unbelievable as these cases may seem, they are real, and they are prime examples of the kind of censorship that threatens a free society and undermines the true ideals of a liberal education. 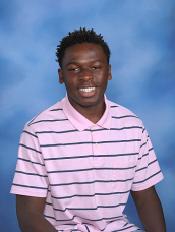 In “The Friends of Voltaire,” Evelyn Beatrice Hall wrote the phrase: “I do not agree with what you have to say, but I’ll defend to the death your right to say it.” This idea, which illustrated the famous French philosopher’s beliefs, is the fundamental basis for the support of free speech. The right of free speech is part of our nation’s First Amendment because our founding fathers realized that we could not have a free society if individuals, partnerships, or communities weren’t allowed to articulate their personal opinions and ideas without fear of retaliation, censorship, or legal sanction. Without the freedom of speech, we don’t have the free flow of ideas and information. The right to speak freely is essential to our democracy and is needed to bring about change in our nation.

Freedom of expression and a liberal college education go hand in hand. College is a place where people explore and discover their passions and beliefs while learning all that they can about the world around them. But that learning is severely limited without the free flow of information, ideas, and opinions. A liberal education empowers individuals by preparing them to deal with complex social issues, diversity, and change. So a sound and complete liberal education cannot exist without the crucial idea of freedom of speech. As British philosopher John Stuart Mill once said, free speech goes far beyond a legal concept; it is a philosophy of life. And without this philosophy, higher education falls short of what it has the potential to be.

Censorship is an enemy of education. When people think of the word “censorship,” many imagine a dystopian world with a ruthless dictating force, like those brought to life by George Orwell and Ray Bradbury. But censorship of public opinion is much more prevalent than most would think. In universities all over the country, administrations are taking away fundamental rights from students who want to express diverse views. They are confining them to “Free Speech Zones” no bigger than the area of three parking spaces. Not only are their ideas being confined, but some are being censored entirely. That was the case at Williams College, where administrators disinvited speakers whose ideas made them “uncomfortable.” How could it be that the colleges and universities that claim to deliver the highest level of a liberal education fail to recognize and respect the First Amendment?

Many people believe the best way to deal with controversial issues and viewpoints is to simply “cover up” unpopular perspectives. But these people fail to see that facing opposing ideas head-on is a crucial part of learning. How can we possibly grow as individuals if our values and beliefs are not regularly tested by those of another person? According to Zach Wood, former president of the Williams College “Uncomfortable Learning” student organization, which brings speakers to campus who express views that are controversial or unpopular: “It’s not necessarily about your views changing, it’s about gaining a deeper understanding.”

Freedom of speech allows an individual to see every possible side of an issue before making a decision. For our society to avoid becoming stagnant, long-held beliefs must be challenged. Martin Luther King, Mahatma Gandhi, Abraham Lincoln, Nelson Mandela, and Rosa Parks all expressed ideas that went against the popular belief. But if these people had not dared to stand out from their peers, the world we now live in would be unimaginably different. For this reason, censoring the ideals of an individual or group simply because they may offend another person is unconstitutional, unethical, and unforgivable.

The very notion of censorship undermines each and every one of the principles liberal education was built on. In order for places of higher learning to truly become “mansion houses of liberty,” as the famed poet John Milton put it, ideals must be allowed to openly clash and defy each other. Once this is achieved, larger truths can be discovered. When unpopular concepts are destigmatized, it is amazing what we can learn from individuals with whom we share nothing in common.

Organizations like FIRE do the much-needed work of educating students and the public about the importance of free speech and defending the rights of students and faculty. With help from FIRE, the student who was detained for handing out political flyers filed a successful lawsuit that helped protect the speech rights of all students at Joliet Junior College in Illinois. The finding of racial discrimination against a professor at Rutgers University was reversed, and the student government at the University of Rhode Island stopped its policy that left political groups without funding.

There is much more work to be done to stop censorship and make sure students are free to express their opinions openly, even if they are seen as controversial or disruptive. Free speech is critical to our democracy. It fuels higher education and helps each of us gain a better understanding of each other and our complex world.