Over the course of this week, FIRE will be featuring the winning essays from our 2017–2018 Free Speech Essay Contest. Today’s essay is from Bhargavi Garimella, of Leland High School in San Jose, California. Her essay is below.

Colleges have long been hailed as a marketplace of ideas: a long-standing forum for intellectual discussion in modern society. It is this very characteristic that enables social change and upholds the pillars of a free society. But a prerequisite to intellectual discussion is an equal inclusion of viewpoints. The exclusion of certain viewpoints through censorship hampers this dialogue and in turn, the progress of human knowledge. Rather than exiling specific opinions, propagating free speech encourages a competition of ideas that is imperative to liberal education.

The answer to controversial speech has always been more speech, not less. As Vince Herron writes in the Southern California Law Review, censoring speech is “as ineffective as fighting a fire by spraying water on the tips of the flame while allowing the house to continue to burn.” The fire will never cease to burn. When colleges censor certain viewpoints that are problematic, more harm than good comes from it. Silencing provoking speech does not address bigotry at the root; rather, it is pushed underground and excluded from a robust and uninhibited political discourse that could have occurred.

A Gallup survey of college students found that 24 percent of white respondents and 41 percent of African-American respondents believed that colleges and universities should restrict the expression of “political views that are upsetting or offensive to certain groups.” However, this perspective is inherently problematic and at odds with the purpose of universities because only with freedom of speech can these views be challenged and dissected. Only with freedom of speech can such perceivably offensive and bigoted political views be dismantled and dissected. Discourse and debate over political and moral principles brought this country to where it is today. Limiting this dangerously stunts the intellectual vitality of universities: If students, speakers, or faculty fear punishment for expressing views that may be unpopular or uncommon, only largely accepted or favorable views will be put forth and validated in higher education, defeating the purpose of liberal education. 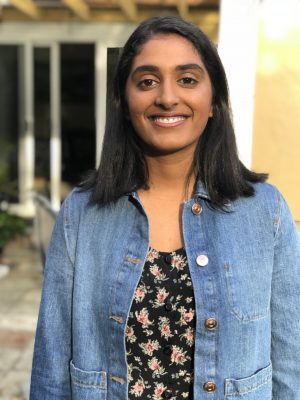 Media outlets have run rampant with stories of overbearing political correctness in colleges and campuses blocking conservative speakers. However, the moral and judicial principles that guide this country dictate that speakers have the right to speak, even if they present controversial material, and protesters have the right to protest regardless of their motivations. If college campuses only leave room for “preferred views,” then social progress, civic engagement, and quality liberal education will fall to the wayside. The oft-idolized marketplace of ideas vanishes if no true discussion occurs. For instance, pro-life supporters will want to silence the viewpoints of pro-choice supporters and pro-choice supporters will want to silence the viewpoints of pro-life supporters. But acting on these wants is dangerous and unconstitutional. How can any social progress be made when no clash, no challenging of viewpoints, and no broadening of horizons occurs?

The fact of the matter remains that students need to be made uncomfortable. In order to learn, grow, and eventually reach the truth, individuals need to be faced with potentially controversial views that are different from theirs. If college campuses remain a place where students are cushioned and coddled and engage in discourse with only like-minded people, they will never be able to truly understand or defend their values and principles in a way that is necessary in the real world.

University speech codes are becoming the one-size-fits-all approach to satisfying the mass media and the student body. However, notoriously overbroad or vague speech codes –– beyond outright censoring students –– cause severe damage to the spirit of education and discourse that lies within colleges. Azhar Majeed of the Foundation for Individual Rights in Education explains that this causes a “chilling effect” in which students and potential speakers become so fearful of violating the speech code or offending anyone that they self-censor themselves, preventing crucial forms of discussion and debate from taking place.

Professor E. Wayne Ross elucidates that students have played a significant role in defining social, cultural and political environments beyond the university context –– and this has been possible because of their freedom of speech. Moreover, university students are considered to be catalysts of sociopolitical action during the accumulation of social unrest and political tension in society. In fact, the New Left was a widespread political reform movement during the 1960s and ’70s that originated on college campuses and advocated for democracy, civil rights, and university reform, succeeding in changing mindsets and influencing political actions. With speech codes censoring entire student bodies, administrators deciding on a case-by-case basis what speech is allowed, and free speech being confined to small “zones,” the intellectual vitality and power of university students is repressed. As a result, the potential for social progress and activism is rapidly diminishing on college campuses. In a political climate where civic engagement and social consciousness are needed more than ever before, students — who have proven to be instrumental in activism and social progress — can no longer speak up without the fear of punishment leering over them.

This country was founded on principles of liberty and open democracy, exemplified in the freedom of speech, the freedom of the press, and the right to assemble. Freedom of speech is a fundamental American, and human, right. A university can only fulfill its purpose as a place to educate students and broaden the boundaries of human knowledge if freedom of expression is upheld and a marketplace of ideas is maintained; these ideals cannot coexist with censorship or a restriction of this fundamental right.

Free speech is infinitely more valuable than controversy, comfort, or politics. Free speech is worth more than protecting a university’s reputation or keeping political donors satisfied. When tradeoffs are being made between free speech and superficial concerns, the free flow of ideas must prevail because this is how democracy progresses. As George Washington exemplified, “If the freedom of speech is taken away then dumb and silent we may be led, like sheep to the slaughter.” The frontiers of human knowledge are advanced not through a restriction of rights, but through an open dialogue and, above all, the freedom to speak.