Over the past few days, FIRE has been featuring the winning essays from our 2017–2018 Free Speech Essay Contest — and we’ve saved the best for last.

First-place winner Shelby Tone is homeschooled in Stoughton, Wisconsin. Her essay is below.

Free Speech: The Key to the Cage

In his famous 1987 speech before Berlin’s Brandenburg Gate, President Ronald Reagan urged, “Mr. Gorbachev, tear down this wall!” United States citizens enthusiastically applauded their president, as did people in Germany and across the European continent. Why? Reagan’s words represented the quintessential human desire for freedom: freedom to move from one place to another, freedom to believe what one wished, and most importantly, freedom to speak out. Reagan, standing for those truths, offered a stark contrast to the dismal conditions long endured by the Soviet Bloc residents. Soviet rulers leading up to Gorbachev had harshly censored speeches and regulated assemblies deemed hostile to their oppressive governments. Meanwhile, the United States’ citizens enjoyed relative liberty and growth, fueled by freely shared, innovative ideas. 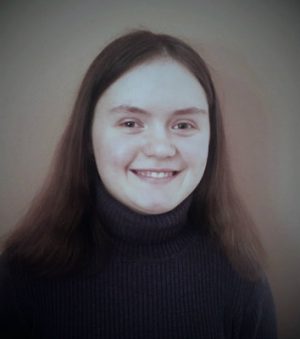 Today, no ill-intentioned walls surround our own American university campuses. No soldiers patrol our streets, seeking out dissident groups and quelling anti-Communist publications. Yet, the current college environment has unfortunate parallels to the pre-1980s Soviet Union. In a seemingly increasing fashion, controversial speakers are banned from campuses for fear of spreading “offensive” material. For instance, when Zach Wood and his Uncomfortable Learning organization at Williams College invited thought-provoking speakers like former National Review writer John Derbyshire to speak, the college administration cancelled the events.

Moreover, even mundane student activities like collecting petition signatures have aroused opposition from college administrators. Some activities are relegated to minimally-sized “free speech zones,” implying that freedom of expression is defined by concrete borders and spots of turf, rather than guaranteed by the First Amendment to the U.S. Constitution. Chris Morbitzer, founder of the Young Americans for Liberty (YAL) chapter at the University of Cincinnati, was just one young leader impacted by these free speech restrictions. Morbitzer encountered unreasonable administrative resistance to recruiting YAL members, while seeing his petition circulation efforts confined to a miniscule free speech zone that represented just 0.1% of the University’s campus. When Morbitzer sued the University of Cincinnati for violating free speech rights, the presiding judge ruled in Morbitzer’s favor, but similar challenges haven’t always fared as well.

Why is free speech so important that courageous students go to court to defend it? Why do wayward universities so fearfully control it? The answer to both questions lies in the tremendous power of free speech.

Free speech broadens the minds of students, fulfilling education’s most basic purpose. Listening to contrary opinions and engaging in respectful discussions about political or intellectual issues are both valuable opportunities that college students should experience. Hearing opposing viewpoints encourages people to challenge their own beliefs and to engage in self-reflection. Free speech enables this practice of critical thinking and constant expansion of knowledge. Without free speech, people often subconsciously choose to exist in a virtual echo chamber: they will only attend “safe” events and only read books that agree with their viewpoints. This undercuts the guiding principle of a liberal arts education, which is to give all students a diverse educational foundation, rather than simply confirm already-held beliefs.

Most college students graduate believing that a degree from a prestigious school and connections built through internships will be enough to succeed in life. But it is the skills learned, not the parchments earned, that really prepare college students for their careers. When employed, students must collaborate with others, listen respectfully to directions, and think analytically.

Free speech fosters those critical abilities and teaches about reality. In the real world, people cannot shield themselves from inconvenient truths, workers cannot refuse a boss’s legitimate instructions, and adults cannot ignore the results of an election just because “their” candidate lost. College campuses do students no favors by sheltering them from free ideas, or by teaching students that only like-minded opinions matter. Colleges exist to prepare an educated workforce, and acceptance of free speech is just one important skill to be taught.

College administrations pretend that free speech endangers democracy and peace because it offers a voice to small, potentially dangerous fringe groups and revolutionary ideas. Colleges fear that these radical groups could gain power and coerce others to join them if students heard their viewpoints. Ironically, it is the presence of these diverse factions that protects democracy. In Federalist Paper No. 51, James Madison argued that, to ensure a stable nation, “Ambition must be made to counteract ambition.” In other words, having many discrete interest groups capable of expressing themselves prevents a single overbearing idea from prevailing. Otherwise, a “tyranny of the majority” could result. Free speech limits those potential problems by exposing people to alternative beliefs and allowing all voices to be heard. In an effort to save students from strife by censoring them, universities inadvertently build single-minded mobs who may threaten democratic ideals—not preserve them.

Free speech ultimately increases every person’s liberty, as no person is truly free without a voice, or with an incomplete view of the world. If we learn from merely one person, or intentionally heed only one perspective, we will never know whether our own worldview is complete, or even real. The greatest freedom involves choice, based on facts instead of fear or ignorance. With all available information, we can make our own decisions; if we hide ourselves in a cage of the mind, afraid to hear undesirable truths, we will never be free.