FIRE > Newsdesk > Top Story > From Caracas to Ann Arbor: An international student’s perspective on the value of free speech and campus protest in America 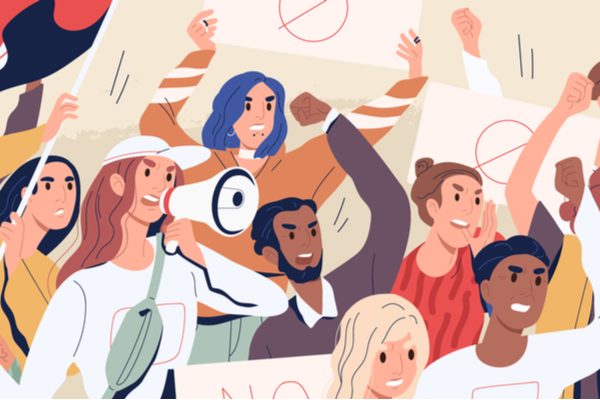 For a little over a year now, the discourse on social media and college campuses has been consumed by conversations about America being fundamentally corrupt. Some college students worry that, given the history of racism and inequality in the U.S., America’s institutions have no redeeming qualities. I disagree. I believe the Constitution, particularly the First Amendment, makes America unique.

As a teenager growing up in Venezuela, I witnessed countless civil rights violations — particularly violations of the freedom of expression — against college students protesting the government. These experiences fueled my drive to find better opportunities elsewhere. The First Amendment played a significant role in my desire to move to the United States in pursuit of a better future.

I expect that many around the globe with an interest in free speech admire the First Amendment; its protections for the freedoms of expression and the press are generally far more extensive than those found in other places. However, given that the world has become more connected, some American institutions have been forced to reckon with the repercussions of censorship in other countries. Even if international threats to free speech do not affect us directly, it is likely that we will meet people on college campuses who have grown up or experienced those threats firsthand. Their experiences should inform the way Americans value and utilize their free speech rights — I hope my experiences can do so.

I hope my peers at the University of Michigan and other colleges become fierce protectors and advocates of their Constitution so the United States can continue to be a beacon of hope for thousands around the world.

Venezuela is a country overwhelmed by an economic, political, and social crisis that has resulted in over 5.6 million people leaving the country, most of them as refugees. Thus, I grew up in an environment surrounded by protests and civil unrest. I was a senior in high school when massive protests erupted in 2017. They began after the Supreme Tribunal of Justice in Venezuela assumed the legislative powers of the opposition-controlled National Assembly, effectively taking away parliamentary immunity from the opposition’s elected officials. This decision, paired with years of economic mismanagement and corruption, prompted the Venezuelan people to protest from March through August and sporadically in December of the same year.

College students who decided to participate in the protests did not just miss classes. More than a hundred lost their lives due to the government’s violent repression. Juan Pablo Pernalete was a 20 year-old college student killed in a protest on April 16, 2017, when a Bolivarian National Guard officer shot a tear gas canister directly into Juan Pablo’s chest from a distance of 15 meters. Neomar Lander, a 17 year-old high school student, was killed the same way on June 7, 2017. The death toll at the end of these movements surpassed 130 lives. Hundreds more were injured, and thousands were arrested and remain political prisoners to this day. Most of the government officials who violate citizens’ rights are not charged or investigated.

If this scenario sounds far-fetched and unreal, it is only because we are lucky to live in a place where free speech is not only protected, but encouraged. However, I believe that it is precisely because of this reality that there are people who take their First Amendment rights for granted.

As a University of Michigan student, I recently noticed an uneasy relationship between protests, civil disobedience, and consequences on my college campus. Two weeks into the 2020 fall semester, the university’s Graduate Employees Organization organized a week-long protest asking for the diversion of funds from the Division of Public Safety and Security and greater COVID-19 protections. Several of my peers were invested in GEO’s goal and some of them decided they would not attend any classes until GEO’s demands were met. All students who decided to take part in these demonstrations were able to do so. While the university should not punish students for their speech or protest outside of class, not attending class is effectively an act of civil disobedience, in that it could cost them a class absence. Some students complained that it was unjust that their participation in the protest could affect their participation grades, apparently under the belief that acts of civil disobedience should have no consequences.

As I saw this situation unfold, I wondered: activism should be protected under the First Amendment, but shouldn’t students be willing to accept that some forms of it will be challenging? Even with the possibility of injury or even death, college students in Venezuela continued to voice their opinions. They were willing to suffer the consequences of their activism in order to further progress in their country. In short, by suffering they showed their cause was worth a sacrifice. I do not mean to say that college students in America ought not to critique the current state of their campus or nation. If everything in the United States worked perfectly, organizations like FIRE would not need to exist, and I would not be writing this piece. Nevertheless, American students ought to acknowledge that activism sometimes comes with consequences, particularly when engaging in civil disobedience. At least here in America, because of the Bill of Rights, we are fortunate to have legal recourse if one suffers from government repression when engaging in protected expression.

College students in Venezuela have given their lives for the dream that perhaps one day our civil liberties will be respected, as they generally are in the United States. Knowing this, I hope my peers at the University of Michigan and other colleges become fierce protectors and advocates of their Constitution so the United States can continue to be a beacon of hope for thousands around the world.

Sofia Lopez is a rising senior at the University of Michigan and FIRE Summer Intern.