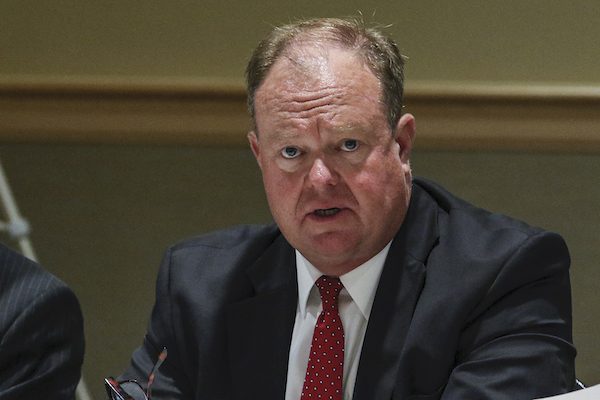 Yet another public college is discovering the price of violating its community members’ constitutional rights. This time, it’s the trustees at Garden City Community College in southwestern Kansas who learned precisely how much it will cost them to settle with faculty and staff who say GCCC violated their freedom of speech, religion, and more: $87,500.

According to High Plains Public Radio, the college settled the lawsuit at a meeting April 22. First filed in 2018, “[t]he suit alleged former GCCC President Herbert Swender and the college violated a range of constitutional rights by threatening faculty and staff if they spoke to reporters about the school, by searching cellphones for evidence, and by requiring prayer at meetings.”

The suit alleged Swender attempted to silence faculty and staff after accreditation problems arose at the college in 2017. Among the more sordid details:

The lawsuit contended that Swender reprimanded faculty and staff for sharing remarks he made about the accreditation process with KSN, a Wichita television station, at an in-service meeting, including “his criticism of the [accreditor] HLC as biased and incompetent.”

After KSN contacted him about his remarks, Swender spoke with faculty and staff following a luncheon, at which point he ordered everyone in attendance to never speak to the media about college affairs without prior college approval, the lawsuit alleged. Swender also told them to swap cellphones to determine who had spoken with the media.

Swender was terminated in August 2018, shortly after the suit was filed. The station reports that GCCC is now making policy changes as part of the settlement that will help ensure against future violations

The college joins an unfortunate number of public institutions that have paid pricey settlements or judgements for infringing civil liberties. FIRE’s litigation efforts alone — which represent just a fraction of such cases nationwide — have netted more than $1 million in damages and attorney’s fees for students and faculty.