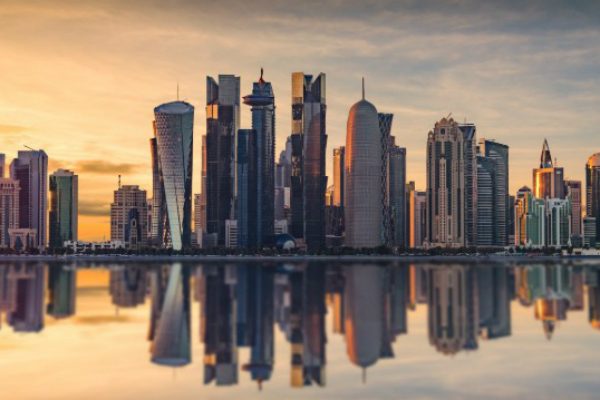 Last week, FIRE announced the institutions that earned the unenviable distinction of making the 2019 list of the 10 worst colleges for free speech. Often, universities will argue that they don’t deserve to be on the list or that their reasons for censorship have been misunderstood. Georgetown University-Qatar chose a different path.

To recap: The university earned its spot on the list after choosing to cancel a scheduled campus debate about the portrayal of god as a woman in October, despite its clear commitment to protecting free expression. While GU-Q initially claimed “the event was not sanctioned by the University and did not follow the appropriate policies for activity approval,” later comments suggested otherwise. GU-Q’s Office of Communications released a statement claiming that the “recently planned installment of the Pardon the Interruption student debate series at Georgetown University-Qatar (GU-Q) was canceled after it failed to follow the appropriate approval processes and created a risk to safety and security of our community. GU-Q is committed to the free and open exchange of ideas, while encouraging civil dialogue that respects the laws of Qatar.” (Emphases added.)

Qatar maintains serious speech restrictions — most notably its blasphemy law — that could conceivably be violated by a debate about the intersection of faith and gender.

This week, the university responded to FIRE’s criticism by admitting that while Georgetown’s satellite campus claims to respect free speech just like it would in the United States, it ultimately only allows student speech that abides by Qatar’s law:

Still, GU-Q is committed to freedom of expression and debate in accordance with Georgetown’s Policy on Speech and Expression, a GU-Q spokesperson wrote in a statement to The Hoya.

“Faculty members and student groups with access to university benefits may host events on campus that are in accordance with Qatari law,” the statement reads.

This discrepancy has serious ramifications for students’ ability to study and debate. GU-Q’s commitment to free speech is followed by a very notable unwritten “but,” and students wishing to know what expression they are allowed to engage in on GU-Q’s campus must apparently become familiar with Qatari law. Troublingly, prospective students are promised free expression without being given notice of this substantial limitation.

For years, FIRE has expressed concerns that American campuses are making promises to students and faculty about their rights at satellite campuses that they will simply be unable to keep overseas. That’s why last month we launched our “Commitment to Campus Free Expression at Home and Abroad” campaign, encouraging universities to prioritize the expressive rights of their students and faculty abroad, and to notify them of the speech restrictions they should expect to face on satellite campuses. In this case, students intending to study at Georgetown’s Qatar campus should be notified by the university in advance that they are expected to abide by Qatar’s blasphemy law, both off and on campus.