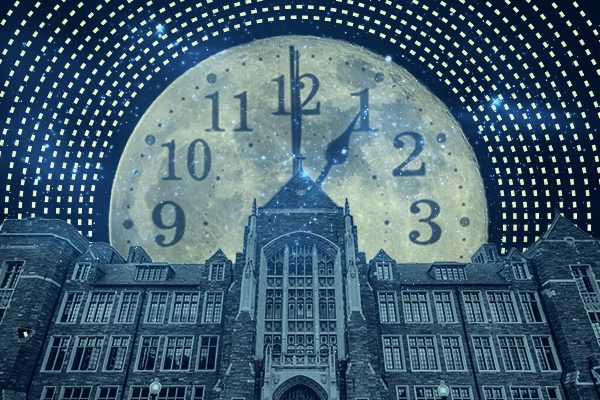 WASHINGTON, D.C., April 15, 2022  — What do the presidency of William Henry Harrison, the complete voyage of the Mayflower, and the gestation period of Georgetown University’s mascot have in common? They’re all shorter than the time it’s taking Georgetown to investigate a 45-word tweet.

In defiance of advocacy efforts by the Foundation for Individual Rights in Education and higher ed leaders across the political spectrum, Georgetown University Law Center is still investigating the clearly protected speech of Ilya Shapiro, who was set to start as executive director of Georgetown Law’s Center for the Constitution on Feb. 1.

“It’s laughable that Georgetown Law’s administrators would need even one day to pore over a tweet,” said FIRE Executive Director Robert Shibley. “But if they’re determined to use their magnifying glasses on the tweet until they find something punishable, they’ll be investigating until their retirement.”

On the evening of Jan. 26, Shapiro posted to Twitter that Sri Srinivasan, chief judge of the U.S. Court of Appeals for the District of Columbia Circuit, would be President Biden’s “best pick” for the Supreme Court. He continued: “But alas doesn’t fit into latest intersectionality hierarchy so we’ll get lesser black woman.”

Shapiro’s “lesser black woman” phrasing went viral on Twitter, and Georgetown Law Dean William Treanor sent an email denouncing the tweet as “appalling” and “at odds with everything we stand for at Georgetown Law.”

On Jan. 31, the law school suspended Shapiro and launched an investigation of the tweet. The investigation has lasted for 74 days thus far, with no sign of concluding. In the meantime, advocacy organizations and higher ed leaders from around the country, including prominent journalists like Nikole Hannah-Jones and Bari Weiss, have argued for Shapiro’s right to free speech. Since the investigation into Shapiro’s tweet began, Justice Ketanji Brown Jackson was nominated by President Biden and confirmed by a divided Senate, a body not exactly known for its speed. But Georgetown can’t stop analyzing a 45-word opinion about the nomination.

“The Mayflower only took 66 days to get to Massachusetts,” said Shibley. “Georgetown’s voyage to a decision about a tweet should be far less arduous and time-consuming. It’s time for Georgetown to admit that it can’t punish protected speech and reinstate Shapiro.”

Though Georgetown is a private institution not bound by the First Amendment, it is the policy of the university “to provide all members of the University community, including faculty, students, and staff, the broadest possible latitude to speak, write, listen, challenge, and learn.”

Join us in calling on the university to live up to its laudable goals by immediately ceasing its investigation of Ilya Shapiro: