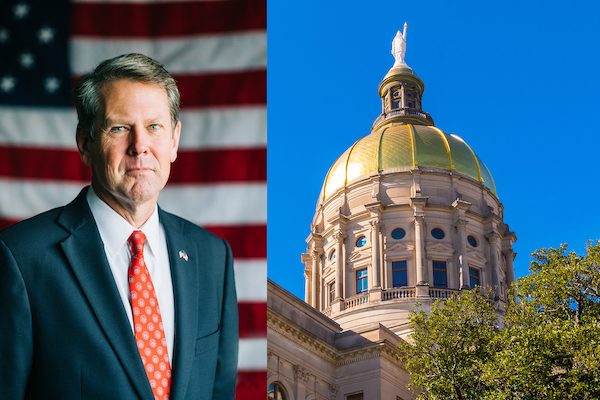 Today, Georgia Gov. Brian Kemp signed House Bill 1, also known as the FORUM Act, into law after it passed the Senate with bipartisan support and cleared the House. FIRE provided written support for the bill, which makes significant improvements upon a campus speech bill passed in 2018 previously known as Senate Bill 339.

Among other provisions, the 2018 bill required that institutions of higher education “maintain and publish policies addressing content-neutral time, place, and manner restrictions on expressive activities with the least restrictive means, in accordance with relevant First Amendment jurisprudence, necessary for providing use of facilities and resources under the control of the institution to all student groups and invited speakers.”

This provision was intended to prevent institutions from quarantining expressive activities to tiny, remote, and misleadingly titled “free speech zones.”

The FORUM Act improves upon that provision in two ways.

First, the standard used in SB 339 was more stringent than the standard courts have used to strike down free speech zones under the First Amendment. The FORUM Act fixes this by amending the statute’s language to precisely reflect the extensive case law. State law now allows colleges and universities to impose reasonable “time, place, and manner” regulations on campus expressive activity, but only when such regulations

FIRE welcomes these improvements to the state’s law on campus free speech.

The FORUM Act also adopts the speech-protective definition of student-on-student harassment set forth by the U.S. Supreme Court in Davis v. Monroe County Board of Education, which defines student-on-student harassment as conduct “so severe, pervasive and objectively offensive that it effectively bars the victim’s access to an educational opportunity or benefit.” Colleges must use the Davis standard if they are to meet their dual legal responsibilities of addressing discriminatory, harassing conduct and protecting free expression.

To ensure compliance with its provisions, the FORUM Act requires state colleges and universities to exercise transparency by publishing their expressive activity policies “in their handbooks, on their websites, and through their orientation programs” and developing “materials, programs, and procedures” that educate campus administrators and other university officials on their responsibilities with regards to expressive activities on campus. These requirements helpfully ensure that students are aware of their institution’s policies and that administrators understand how to apply them.

The FORUM Act was sponsored in the Senate by Sen. Bruce Thompson and in the House by Reps. Josh Bonner, Ginny Ehrhart, Todd Jones, Rick Williams, Joseph Gullett, and Wes Cantrell. FIRE welcomes these improvements to the state’s law on campus free speech. As we have already done with dozens of institutions across the country, FIRE stands ready to assist Georgia colleges as they revise their policies in light of the law’s requirements. This work is performed free of charge to institutions or taxpayers, in accordance with FIRE’s charitable mission.