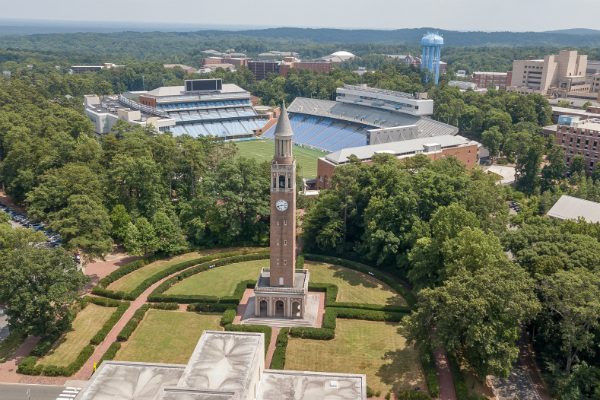 At the southern end of the University of North Carolina at Chapel Hill, a large brick and glass building houses the Office of Student and Academic Services. Its basement is home to Chapel Hill’s student-run honor system, which charges, investigates, adjudicates, and sentences students for everything from plagiarism to assault. At the head of the operation is the Student Attorney General and her staff, whose offices are flanked by soundproofed conference rooms for Honor Court hearings. A host of court members, managing associates, and counsel — all of them students — convene there to dole out Tar Heel justice. Most students walk past the building for four years without knowing what happens in its basement.

Chapel Hill’s undergraduate student judicial system is unusual: it is almost entirely managed and operated by students. Professional staff and administrators oversee parts of the system, but the bulk of the decision-making remains with elected and appointed students. Among them are Honor Court counsel: undergraduates trained by their predecessors to investigate and defend those who have been accused of misconduct. These counsel are responsible for collecting evidence, interviewing witnesses, and presenting their findings during Honor Court hearings. When the accused student maintains their innocence, their defense counsel presents the case for the accused at the hearing.

The quality of assigned counsel in systems such as Chapel Hill’s can have a profound impact on how students fare in Honor Court cases. A good defense counsel can diligently prepare and argue an accused student’s case, but a bad one can neglect their responsibilities and make students — guilty or not — vulnerable to disastrous consequences including suspension and expulsion.

When counsel do their jobs well, justice tends to be served far better than in systems without the provision of trained advocates for accused students. There are meetings, filings, procedures, and hearings that accused students are not prepared to face on their own under the best of circumstances, let alone when they are defending themselves against potentially life-altering accusations. Assigned counsel are trained in these procedures, and they gain more experience each time they handle a case. Students with the assistance of counsel feel less outmatched than those who face campus tribunals alone. The balance of power between student and school is leveled, at least somewhat, when part of that system is on the side of the accused. This is incredibly valuable for students who would otherwise feel powerless to challenge accusations or evidence presented by their school.

At schools without what UNC calls a “quasi-adversarial system,” students are subjected to whatever standards of fairness (or unfairness) the schools adopt. Such systems do not operate with opposing sides. Instead, a university fact-finding body investigates a case and passes judgment with little opportunity for accused students to mount a meaningful defense. There is little at stake for investigators when those on the receiving end of their judgments pass through the system, rarely to return.

When counsel investigate and defend cases time and again (at UNC, all counsel alternate between the defense and the investigation from case to case), they benefit from the rules of repeated interaction. They have bargaining power within the system that a one-time participant, like a student without representation, does not. Counsel go head-to-head with one another all the time on opposing ends of cases, and unscrupulous tactics don’t go unnoticed.

While students often benefit from their counsel’s experience and bargaining power, there are downsides to having a middleman/woman between the accused and their case. Counsel are only as good as their training, which is often extremely rudimentary and covers only the basics of argumentation and procedure. Counsel can become complacent and not fight for their student-clients in difficult cases, especially when university interests are on the line.

In response to inadequate representation, students at many schools, including UNC, have organized independent groups to advise and advocate for students through judicial procedures, often with excellent results.

Two years ago as a sophomore at UNC, I began to hear from some UNC counsel about deficiencies in training and issues with the quality of advocacy, which were leading to unfair outcomes for dozens of students each semester. In order to give students an alternative to assigned counsel, and to address other individual rights issues on campus, I co-founded a student organization called UNC Student Honor Advocates. In the years since, we have worked to defend students who feel that the judicial system’s provisions were insufficient to protect their rights.

To be clear, many of the counsel in the system are dedicated, principled people with the community’s best interests at heart. Despite the good intentions of some individuals, rights and fairness often fall to the wayside, especially when university interests are at stake. Last fall, a student wrote to Student Honor Advocates to ask us for help on her case; she was being investigated because she had unknowingly purchased a stolen parking pass on Facebook Marketplace. The seller claimed that he was the original owner, despite having stolen the pass out of a parked car on campus. Students regularly sell unneeded passes, and his “for sale” post appeared to be business as usual. Months after she began using it, the police contacted her and informed her that the pass she was using had been reported stolen. She explained where she got it and who had sold it to her, and it turned out that the police had dealt with the seller before. She voluntarily gave up the pass, and the police took no further action.

The Honor Court, instead of pursuing charges against the seller, brought charges against her for misusing documents, despite the police’s decision to drop the case. She got no sympathy from the Honor Court because she had, by her own admission, used a pass that turned out to be stolen. She approached us because her degree was on the line and she felt that nobody was willing to help. Since we were outside the system and not beholden to a system attempting to enforce what was clearly an unfair charge, we fought to reduce her sanction from suspension to a letter of warning, and we succeeded.

In her case, and those of many other students that we have represented at UNC, assigned counsel could not do as much as they needed to in order to defend students. Our independence has allowed Student Honor Advocates to balance the power between accused students and the university, without risking internal complacency or pressure from the administration. Student Defender programs across the country have seen similar success, and students’ due process rights are more secure as a result.

Erik Thorsheim is a FIRE intern and a rising senior at the University of North Carolina at Chapel Hill.