Hampshire College tells FIRE it will change its event-scheduling policies after it canceled an event by Second Amendment activist Antonia Okafor a mere two hours before it was scheduled to begin last Thursday evening  — and then scrambled to issue a late-night apology for the cancellation just hours later. But questions remain as to whether the liberal arts school in Amherst, Mass. engaged in viewpoint discrimination when it called off the event it had previously approved. 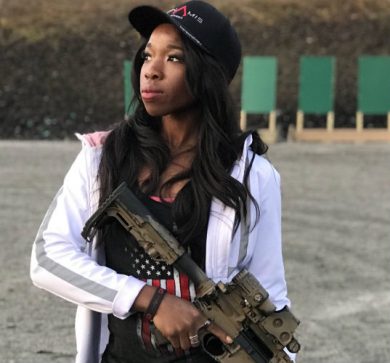 An email exchange between the event’s student organizer and Hampshire’s Interim Director of Campus Leadership & Activities, Carolyn Koske Strycharz, suggests the school suddenly grew uncomfortable with the topic. Okafor describes herself as “one of the country’s foremost advocates of concealed carry on campus,” and Koske Strycharz’s email canceling the event calls that topic “very controversial.”

Okafor cited that language in a subsequent Facebook post and tweet as evidence that the cancellation was based on her views, not on a paperwork error as the college suggested:

The Dean of @hampshirecolg (the same school that deemed the ?? too controversial) has just now cancelled my speech scheduled in 2 hours. They deemed my topic: the second amendment… “very controversial” Stay tuned for details.

Hampshire has repeatedly insisted, however, that the content of Okafor’s planned speech played absolutely no role in their decision to cancel. Instead, the school says a clerical error resulted in the event accidentally being approved despite the student-organizer not having followed proper procedure.

“There was no absolutely no conspiracy,” Hampshire College spokesman John Courtmanche told FIRE by email. Still, he conceded that “Hampshire College did not follow its own procedures in sufficiently reviewing the application before we had approved it. We’ve taken responsibility for that mistake. We issued the public apology and the offer to consider options for rescheduling Antonia’s visit to campus.”

Courtmanche detailed the current rules and how, he says, the event was accidentally approved:

The college requires students to give at least two weeks notice when applying to host an event, to ensure we have time to assess necessary resources and staffing.  This application was not submitted by the student two weeks in advance.  That is one example of where our staff didn’t follow our own procedures when they issued the initial approval for the event.

A second example, the event application form was incomplete, which staff members realized the afternoon of the event, raising a concern about resources and staffing of the event. In addition, the contract request form that was submitted by the student did not have complete information about the event, so there was no contract in place with the presenter. The application was denied at that point and the event cancelled by the events office.

“The President called me apologizing,” Okafor confirmed to FIRE. “He said that they take full responsibility for approving then canceling the speech. And that they shouldn’t have done it.”

“They are offering to reschedule the speech for a later date,” she said.

As of press time, Hampshire had not yet responded to FIRE’s remaining questions about the exact nature of the forthcoming policy changes, and whether those changes would ensure that a speaker’s views would not play any role in future event approval or denial.

Hampshire’s quick work in admitting error and its commitment to ensuring that its students can invite and hear from speakers of their choice is commendable, but shouldn’t have been necessary in the first place. Institutions of higher education cannot rely on the controversial nature of speech as a justification to cancel or inhibit that speech. If there is a possibility of protest, colleges should make efforts to provide security — including through the hiring of additional officers, if necessary — to allow both the speech and protest to proceed. If security or administrative needs do truly make it impossible to accommodate a particular event, officials should be prepared to detail what steps they took or explored short of canceling the speech. That didn’t happen here.