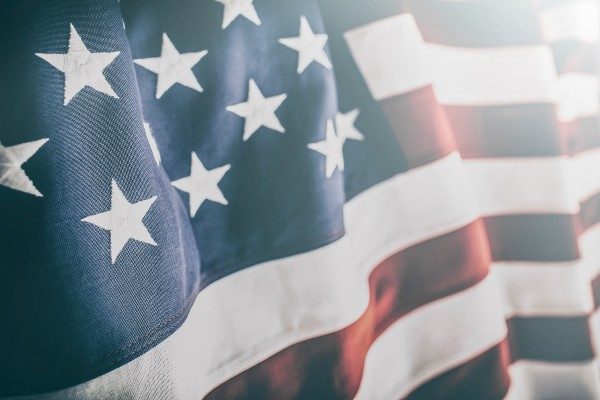 Editor’s Note: We know Independence Day may look a little different for many people this year. As disappointing as it is to miss many of the celebrations we’re used to, we also know the 4th of July is so much more than just a day.

Did you know at least one of America’s Founding Fathers didn’t even think we should be celebrating on the 4th of July? In the note to his wife Abigail referenced below, when John Adams described the festivities he envisioned for all future Independence Days, he was actually talking about July 2! That’s the day the Second Continental Congress voted in favor of a split from England, rather than the 4th, when the resolution was formally adopted. Adams actually declined to attend many July 4 events he was later asked to attend. As this vignette quite powerfully demonstrates, the date we celebrate is truly just a number.

Independence Day is all about the big ideas, Enlightenment values, and democratic ideals that make America a uniquely free nation — every single day of the year. Our Samantha Harris eloquently pointed out this fact, and how it applies to the work we do at FIRE, when this piece was first published in 2010.

A decade later in 2020, as we have the opportunity to focus less on festivities and more on the foundational ideas that make our nation great, we wanted to share her words again.

On July 3, 1776, John Adams wrote in a letter to his wife, Abigail, that Independence Day “ought to be solemnized with Pomp and Parade, with Shews, Games, Sports, Guns, Bells, Bonfires and Illuminations from one End of this Continent to the other from this Time forward forever more.”

True to Adams’ words, people across the country today will be celebrating the anniversary of the Declaration of Independence with music, parades, fireworks, and more.

But Adams’ letter didn’t stop there, and neither should our thoughts on this July 4. Adams continued on to say that

You will think me transported with Enthusiasm but I am not. — I am well aware of the Toil and Blood and Treasure, that it will cost Us to maintain this Declaration, and support and defend these States. — Yet through all the Gloom I can see the Rays of ravishing Light and Glory. I can see that the End is more than worth all the Means.

Indeed, amidst our celebrations today let us remember all those who sacrificed and continue to sacrifice to protect this country and the freedoms that make it unique. And let us commit ourselves to working to protect those freedoms as well–including freedoms near and dear to FIRE’s heart, the First Amendment rights to free expression, free association, and religious liberty.

Standing up for your rights against those who would deny them is not easy. For students and faculty members, the easier path when faced with potential punishment is often to simply back down: to issue a forced apology or to accept a modest punishment for your expression rather than fight for the right to free speech in the kangaroo courts of university judicial systems; or, perhaps most frequently, to simply never speak up at all.

But if you believe that America and its freedoms are worth celebrating, consider choosing the other path. Don’t sit back as your university restricts your right to speak and associate freely. Instead, write letters to your university leadership and to your school paper. Organize peaceful demonstrations. If you attend a public university, you can even consider taking your school to court for violating your First Amendment rights–many students have done so successfully.

In all of these endeavors, FIRE stands ready to help. We will be enjoying this holiday, reflecting on the importance of the freedoms we work every day to protect. We hope you will do the same.