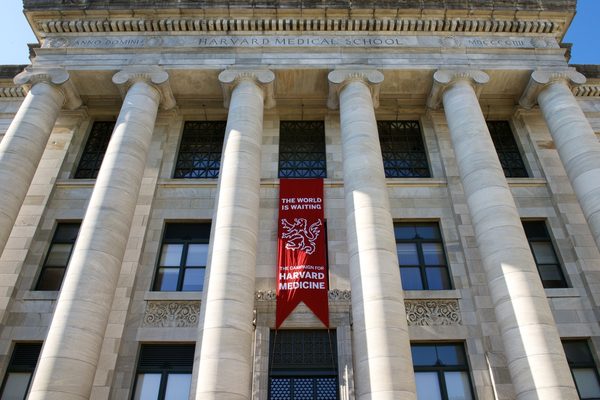 Last night, New York Times journalist Duff Wilson reported that Harvard Medical School (HMS) is dropping a recent policy that seemed to require students to have any and all communications with the media cleared ahead of time by both the Office of the Dean of Students and the Office of Public Affairs. Wilson consulted with Harvey Silverglate, co-founder of FIRE and Chairman of FIRE’s Board of Directors, and with me yesterday as he investigated the policy, and mentions both FIRE and Harvey in his article. Supreme Court Justice Louis Brandeis was right that sunlight is one of the best disinfectants, although in this case simply the prospect of sunlight led HMS by the end of the day to promise to abandon the policy.

The official policy had been enacted in February, but it seems that very few people knew about it until Dean for Medical Education Jules L. Dienstag notified students, faculty, and staff about it on August 25. The policy, labeled Section 4.10 in the new Student Handbook, read as follows:

Student Interactions with the Media

Dienstag wrote that “we are all responsible to uphold” such policies.

According to Wilson, Dean for Students Nancy E. Oriol “did not deny that the policy was prompted in part by student remarks earlier this year about the influence of pharmaceutical companies on medical education. But she said, ‘I could give you a nice long litany of prompts.'” Wilson notes that the policy had been approved shortly after The New York Times interviewed several students for a story titled “Patching a Wound: Working to End Conflicts at Harvard Medical.” (See this follow-up story, “Harvard Medical School in Ethics Quandary.”)

We have never seen such a strict media policy against students as the one at HMS—while staff might be required to check in with the Office of Public Affairs before commenting on the record, we’ve never seen students required to check in with the Dean of Students when seeking publicity about their own projects and programs or, given the breadth of this policy, when simply contacted by the media for any reason.

Wilson quotes Harvey on this uniquely restrictive policy: “It doesn’t surprise me that the first instance I’ve heard of comes from Harvard, and the reason is the Harvard public affairs staff has been trying for years now with increasing success to take over communications with the outside world.”

Harvey suggests that the new “corporate” model of university administration is to blame, as he wrote recently:

I also have followed with considerable concern what, for lack of a better term, I call the “corporatization” of the American university, including (and in some ways, especially) Harvard. The number of glossy in-house publications has proliferated, with alumni receiving too rosy – and one-sided – a picture of campus life and doings. One stark example comes to mind: Until recently, members of the Harvard Law School Association received, as part of the benefits of their paying dues, a free subscription to the long-standing, independently-published, student-edited Harvard Law Record. But a few years ago, the HLSA suddenly replaced the Record with the polished (and invariably effusive and complimentary) in-house magazine, Harvard Law School Bulletin, a product of the Law School administration’s message-and-image-creating apparatus. Alumni now receive a public relations and “development” pitch rather than the more revealing student-published periodical. (I am not saying that fund-raising is not important. I’m merely saying that it is not everything.) The switch tells much about the new ethos within the university.

Wilson confirmed that HMS’s policy was probably unique, even among medical schools. He wrote that “[o]ther colleges in the Harvard system do not appear to have a restrictive policy on news media interactions, nor do the medical schools at Yale, Johns Hopkins and Stanford,” according to officials at those schools.

Wilson’s investigation had a prompt, decisive effect. According to Wilson, Gina Vild, HMS Associate Dean for Communications and External Relations, told a student that HMS “certainly will revise” the policy “with student input, ensuring that it reflects the fact that we unequivocally respect the right of students to speak out for change and explore new ideas.” Vild also told Wilson that “she would try to remove the policy immediately from the electronic version of the student handbook.”

Congratulations to Wilson for helping restore free speech to Harvard Medical School. Although HMS should be commended for promising to rescind the policy once the cat was out of the bag, it is a shame that it took almost seven months for HMS to figure out how amazingly restrictive its policy really was, or at least that its media restrictions were not good for its media image. It is unfortunate that it took widespread opprobrium and the prospect of a New York Times article before HMS decided that it should not really try to control its students’ speech after all.