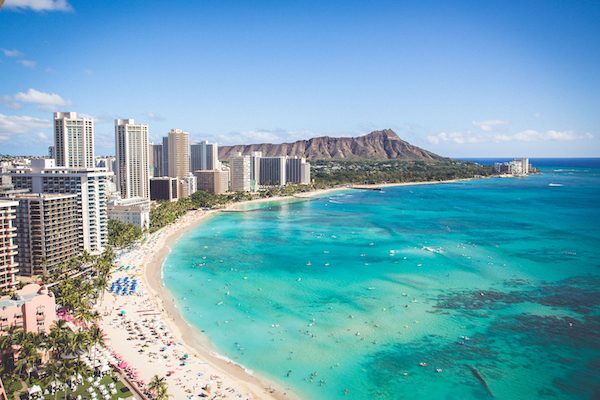 Hawaii’s legislature is considering a bill that would protect student press freedom in K-12 and higher education. The proposal, Senate Bill 214 (and its House companion HB 781), is patterned on the Student Press Law Center’s “New Voices” model legislation. It carried over from last year and has already received unanimous do-pass recommendations from the Senate Committees on Education and Higher Education. The bill is now before the Senate Committee on Judiciary.

Bills like SB 214 are needed now more than ever.

SB 214 would extend similar protections to public high school students. However, our focus today is on the provisions that apply to colleges and universities, in accordance with our higher education-oriented mission.

Similar bills are under consideration in Florida, Illinois, Missouri, Nebraska (as we noted last week), New York, Pennsylvania, and West Virginia, and 11 states plus Washington D.C. already have laws protecting the rights of collegiate journalists.

FIRE has long supported legislative efforts to protect student journalists. Campus publications play a crucial role in their communities, often covering unique issues and holding university authorities to account in a media landscape with increasingly few local news sources. As we wrote in 2016:

[A] free student press is exceedingly important, not just because it gives students a space to learn investigative and writing skills, but also because student newspapers often educate the broader community about matters of public concern. When student journalists cannot perform this function without the threat of punishment or censorship, the campus community can miss out on critical information.

Legislation like Hawaii’s New Voices Act is vital to ensuring that student journalists’ rights are protected as they perform this necessary work. Data in a forthcoming FIRE study, which will be released next week to coincide with Student Press Freedom Day, shows that more than 60% of college papers experience at least one instance of administrative censorship each year.

FIRE is fighting for student freedom of the press through our recently launched Student Press Freedom Initiative.

These rights have been under threat for decades since two court decisions created confusion around student journalists’ First Amendment rights. First, in Hazelwood v. Kuhlmeier, the Supreme Court of the United States held that school administrators in the K-12 setting may have authority to censor some school-sponsored publications if they have “legitimate pedagogical reasons” for doing so. Importantly, Hazelwood did not authorize college administrators to exert the same authority over the work of college journalists — who are typically adults.

Unfortunately, in Hosty v. Carter, the U.S Court of Appeals for the Seventh Circuit disturbingly extended the Hazelwood ruling’s rationale to some classroom-based college publications, even though colleges do not have the same “in loco parentis” relationship with their adult students that K-12 institutions have. While this decision has been called into question by other courts, FIRE supports legislation to ensure that the Hosty rationale does not extend any further.

In addition to our legislative advocacy on campus free press bills, FIRE is fighting for student freedom of the press through our recently launched Student Press Freedom Initiative. Student journalists seeking help or guidance should consult this initiative, which provides training, resources, and a 24/7 hotline (717-734-SPFI) to answer questions and quickly provide resources to identify and defend against censorship. This builds upon FIRE’s prior work, including our 2019 report, “Under Pressure: The Warning Signs of Student Press Censorship,” which documents FIRE’s advocacy for student freedom of the press against its many threats, including the derecognition of student papers that publish controversial articles and restrictive policies that bar students and faculty from speaking to the media.

Bills like SB 214 are needed now more than ever. Accordingly, we urge Hawaii’s legislators to support this legislation to guarantee freedom of the press for all journalists, not just those who have already graduated from college.