FIRE > Newsdesk > High School Students: Learn About Your Rights and Enter to Win a College Scholarship! 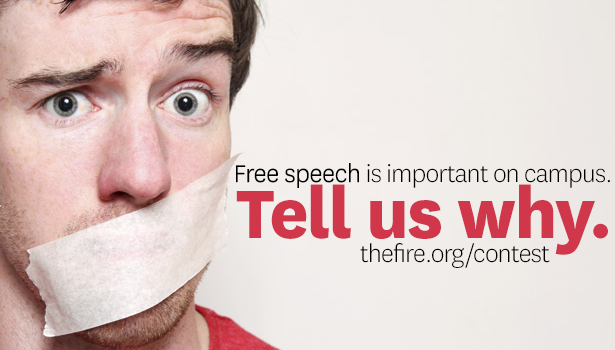 This week, Rittman High School junior Nick Andre was suspended after completing his assignment to write a poem about something that makes him angry. When he chose to write about his high school football team’s losing streak, his principal labeled the poem as “hazing [and] harassment,” suspended him for four days, and removed him from the school’s football team.

This story could never have happened to a college student, right? Unfortunately, that’s not a guarantee on today’s campuses. While students are generally entitled to much greater free speech protections in college (after all, they are adults), the reality doesn’t always match what the law requires. (Modesto Junior College student Robert Van Tuinen recently discovered this—and recorded it all on video.) This is just one reason why it is so important that high school students learn about their rights before choosing a college and heading to campus. What better way to learn about your rights, than doing so while entering to win a college scholarship in FIRE’s Free Speech High School Essay Contest?

High school juniors and seniors planning on attending college are invited to watch two short videos about real college students who were censored and punished for speech that is protected by the U.S. Constitution and write an essay answering the question: “Why is free speech important at our nation’s colleges and universities?”

One $10,000 first prize, one $5,000 second prize, and three $1,000 runner-up prizes will be awarded for the best essays. Four $500 winners will be chosen from the remaining entrants in a drawing. Essays will be accepted for consideration until January 1, 2014. Visit thefire.org/resources/high-school-network/essay-contest for full contest rules and details.

FIRE thanks the Sandra and Lawrence Post Family Foundation for its generosity in making the 2013–14 essay contest possible.