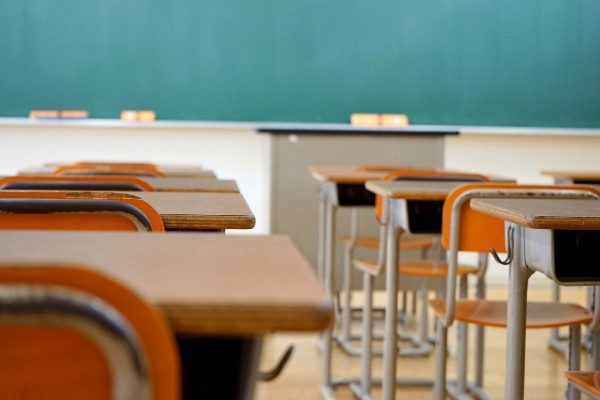 Among the many responses to President Trump’s executive order on campus free speech last week, some of the lamest came from the major groups representing colleges and universities. Flipping open their “Intro to Corporate PR Crises” textbooks to page one, they did what many large and powerful institutions do when faced with an embarrassing, obvious, and public problem: Deny there’s a problem at all.

Few people with any knowledge or experience of higher ed actually believe there’s no free speech problem on campus. FIRE’s 20-year history defending students and faculty across the political and ideological spectrum is a testament to the existence of the problem. So is the more than a decade FIRE has spent reading and rating the speech-related policies of more than 400 of our nation’s largest and most prestigious schools. 90 percent continue to feature speech codes that are either unconstitutional (on public campuses) or violate their own promises of free speech (on private campuses), with nearly 30 percent of them doing so egregiously. These are among the reasons FIRE gets approximately 1,000 case submissions per year from students and faculty asking for our help defending their rights.

According to Gallup, 61 percent of college students think the campus climate discourages people from speaking freely. And even critics of the president’s order, like The Wall Street Journal’s Editorial Board, acknowledge that campus speech issues are “a serious problem,” saying,

Students routinely demand that administrators shut down speech they regard as bigoted or so offensive that it shouldn’t be heard. … Their silencing strategies have included vandalism and physical intimidation. They have targeted invited speakers and resident professors.

The responses from spokespeople from the higher ed lobby, however, are either disingenuous or a great reminder of how hard it is to see the ground from the top of the ivory tower.

For example, Ted Mitchell, the president of the American Council on Education (generally known as ACE), perhaps the most powerful of all the higher ed lobbying groups, stated his group’s position on the matter thusly: “We continue to believe that this Executive Order is unnecessary and unwelcome, a solution in search of a problem.”

Mary Sue Coleman, president of the Association of American Universities, likewise wrote that “this executive order is a solution in search of a problem.”

(I told you they were all using the same textbook.)

She went on to say that “our institutions are fully committed to the protection and preservation of this proud heritage of debate and discussion.”

Yet among the 62 members of the prestigious AAU are Brandeis, Iowa State, UC-Davis, UC-Berkeley, Oregon, and Yale, all of which, it’s pretty safe to say, have displayed a “less than full commitment” to debate and discussion in recent years.

The president of the Association of Public and Land-grant Universities, Peter McPherson, wrote in his statement that “[a]n executive order of this kind” was “plainly unnecessary,” insisting that “[p]ublic universities are already bound by the First Amendment and work each day to defend and honor it.”

He does, at least, go on to acknowledge that they are not “perfect” at policing campus expression. Indeed, FIRE’s Worst Schools for Free Speech lists in 2018 and 2019 featured several land-grant institutions, including Alabama A&M University, the University of Wisconsin System (whose flagship campus in Madison is a land-grant institution), and (once again) UC-Berkeley and Iowa State. And those are just some of the offenders.

The higher ed lobbying organizations are, of course, free to criticize the executive order and to predict any number of dire consequences that might stem from it. But prefacing those predictions with (sometimes identical) forms of “move along, there’s nothing to see here” is so transparently erroneous that it can’t help but undermine their credibility when they talk about the potential downsides.

FIRE’s own position on President Trump’s executive order is that, while asking schools to follow the law or their own promises should not be controversial, it’s too soon to tell whether these steps will have a positive (or negative) effect. Much depends on how agencies put the order into practice. We will watch, wait, and continue helping campus communities defend their expressive rights. Because regardless of what the higher ed establishment tells you, students and faculty do not enjoy robust expressive freedoms at every school required to provide them.