FIRE > Newsdesk > Top Story > How adjunctification undermines academic freedom, and what FIRE is doing to help 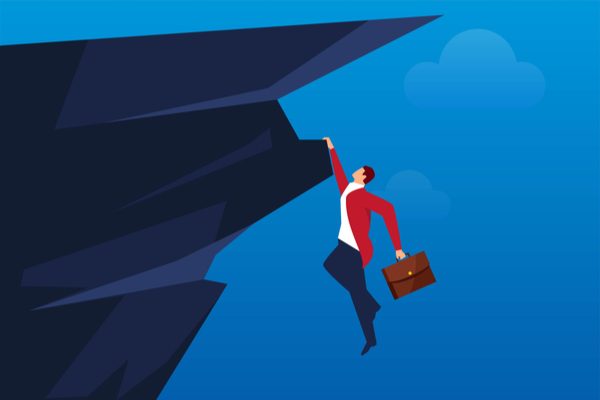 One of the enduring myths of higher education is that the vast majority of professors are protected by tenure and have jobs for life, and so they are therefore free to research, teach, or speak openly about controversial ideas without fear of professional retaliation. This may have been the case 50 years ago — maybe even 30 years ago — but is far less common today because of seismic changes in how colleges recruit and staff their faculty ranks.

According to the American Association of University Professors, prior to the COVID-19 pandemic, approximately three out of every four faculty were employed off the tenure track, and about half were part-time faculty, often known as “adjunct” professors, who work on short-term contracts with no guarantee of renewal.* That employment arrangement, which The Los Angeles Times recently called “adjunctification” in a scathing editorial published last week, allows universities to end a contingent faculty member’s contract for no reason, for a good reason, or for a bad reason.

But adjunctification also gives public universities, when motivated, the opportunity to end a faculty member’s employment for an unconstitutional reason. While they can decline to renew a contract for even unwise or irrational reasons, some nonrenewals are unlawful. For example, a university could not decline to renew the contracts of people based on membership in a protected class, like race or gender, and as the Supreme Court of the United States held in Perry v. Sindermann, the nonrenewal of a public university faculty member’s contract “may not be predicated on his exercise” of rights under the First Amendment.

But because adjunct faculty don’t have the procedural protections of tenure — meaning that an institution need not say why they’re declining to renew a contract or prove that there’s some cause for termination — they are more at risk of retaliation for protected speech. As FIRE knows too well, an institution may quietly decline to renew the contract of an adjunct professor whose speech angers administrators, students, donors, or lawmakers. That frustrates the ability of the faculty member to argue that their termination violated the First Amendment. In a court of law, they’d have to rely on inference; in the court of public opinion, the public suspects that employees don’t have free speech rights (public employees do have First Amendment rights) or that a nonrenewal isn’t the same thing as a firing.

Can academic freedom survive under these conditions?

According to the editorial board of The Los Angeles Times, the answer is a resounding “No.”

FIRE regularly assists faculty members facing retaliation for protected speech, and many of them are untenured.

“Most adjuncts know that they can be let go for any reason and may avoid saying anything remotely controversial to students,” the board writes, adding that adjunct faculty who post their personal opinions on social media are at greater risk of facing retaliation. “These days, colleges can always find a fresh face to replace the one they pushed out.”

FIRE regularly assists faculty members facing retaliation for protected speech, and many of them are untenured. FIRE’s Scholars Under Fire report, which tracked how institutions are pressured to rein in faculty members’ speech, revealed stark disparities in how colleges and universities respond to efforts to investigate, penalize or otherwise professionally sanction a scholar for engaging in constitutionally protected forms of speech. According to our report:

As both a percentage and in terms of raw numbers, adjuncts were most likely to be terminated (29 out of 52; 54%), followed by lecturers (23 out of 47; 49%). It is worth noting that these ranks of scholars are untenured, suggesting that targeting attempts are more likely to result in termination when the scholar is untenured. Indeed, 71 out of 184 (39%) of untenured scholars who faced targeting were terminated. By contrast, 32 out of 240 (13%) of tenured scholars were terminated.

Data compiled by the AAUP points to other troubling trends. In its survey of faculty criticized by Campus Reform, a conservative news outlet that “exposes liberal bias and abuse on the nation’s college campuses,”  the AAUP found that the vast majority were either tenured or on the tenure track. Only 6.3% were part-time, non-tenure-track faculty, despite accounting for 51.6% of all faculty nationwide, according to the AAUP’s research office.

To the AAUP report authors, Campus Reform’s focus on tenured faculty “may reflect the fact that tenured faculty members are likely to feel more secure to engage in research, teaching, or public speech about subjects that attract the attention of Campus Reform, which would confirm the importance of protections provided by tenure.” In other words, the data suggests that because of their precarious position, untenured faculty are far less likely to say something that might prove controversial.

For adjunct faculty, unstable employment and the ever-present threat of contract nonrenewal means not only economic hardship because of wage insecurity, but also academic hardship. Simply speaking one’s mind in a public forum carries the risk of retaliation.

“All of us in the United States have the right to express our views on matters of politics without government interference.”

FIRE’s work demonstrates that this concern is far from theoretical. In December 2020, the University of Mississippi declined to renew the contract of adjunct professor Garrett Ferber after he tweeted that the university was motivated by a desire to protect “racist donor money.” The same happened to adjunct professor John Tieso at Catholic University of America after complaints over his tweets denigrating former president Barack Obama and then-Sen. Kamala Harris. At St. Joseph’s University, adjunct professor Gregory Manco was suspended and investigated over a tweet critical of reparations. Faryha Salim, then an adjunct professor at Cypress College, was placed on administrative leave after an exchange with a student went viral, leading to threats of violence. Through letters, blog posts, and press releases, FIRE advocated for each of these adjunct professors and called for their reinstatement.

Perhaps the most egregious example of this happened at Collin College in Texas, which declined to renew the contracts of three adjunct professors — Lora Burnett, Suzanne Jones, and Audra Heaslip — who criticized the college’s response to the COVID-19 pandemic (the college president said the pandemic has been “blown utterly out of proportion”), sought to form a chapter of a union, and caught the attention of a local lawmaker for criticizing then-Vice President Pence. FIRE is currently representing Burnett in her lawsuit against Collin College.

Unfortunately, many adjunct professors who are wrongfully dismissed struggle to find justice. When adjunct professor Nathanial Bork wrote a letter to the administration of Community College of Aurora announcing his intention to submit a complaint to the school’s accreditor about what he considered to be a weakening of academic standards, he was fired days later after a spontaneous classroom visit discovered “instructional deficiencies.” According to the AAUP:

As a part-time faculty member off the tenure track, Bork had no access even to an inadequate grievance procedure. Colorado’s community college system, as leaders of the state AAUP conference would note, “makes no dispute resolution procedure available to adjunct faculty,” placing such instructors “in a precarious situation should pedagogical differences arise.” In Bork’s case the administration’s action in summarily dismissing him midcontract led the AAUP to investigate and place the administration on the censure list. The college might instead have waited until the end of the term, when it could have quietly declined to renew Bork’s contract without rationale. As the Colorado AAUP leaders wrote, “It is not unusual at all for college administrators to simply refuse to re-hire an adjunct faculty member once the semester is over or discourage their continued employment by offering them fewer classes. . . . No cause need be provided.”

Stories like these are far too common in higher education. As FIRE has argued for years, each one has a chilling effect on adjunct faculty. Ultimately, this is the way academic freedom ends: Not with a bang, but with the quiet self-censorship of faculty who avoid speaking out because the last person who did so found themselves without a contract. This is no way for colleges and universities to operate. So in the words of the LA Times editorial board, for the sake of adjunct professors and “for the benefit of their students, academic freedom and instructional stability, they should pay and treat these instructors fairly.”

If you are an adjunct faculty member at a public university who believes you were wrongfully punished by your institution because of protected speech, contact FIRE’s Faculty Legal Defense Fund immediately.

* The AAUP data cited here may overstate the current proportion of part-time and untenured faculty, as data reflecting the full extent of pandemic-related layoffs is not yet available. According to Department of Education data for the Fall 2020 semester, about 65% of faculty were employed off the tenure track, and slightly less than 40% were part-time faculty.