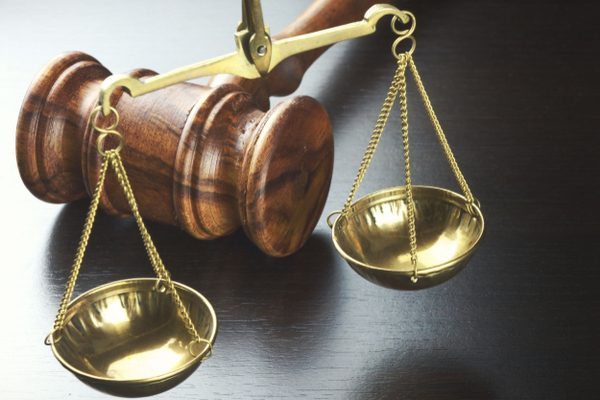 My first discussion about due process and false sexual assault allegations was with my best friend from high school, a bubbly and gregarious teenager who was also Black. We were exhausted after a grueling cross-country practice on a hot and humid day and were walking back to our locker rooms. The conversation was particularly memorable for me because of his startling confession: My friend’s parents did not permit him to date white girls.

The rule struck me as odd, given the social progress made on race during the Civil Rights Movement. When I questioned him further, he explained that historically, false sexual assault allegations commonly targeted Black and Brown men, which fostered greater mistrust among minority communities against white women. This conversation made me more concerned and conscious about the importance of due process for racial minorities in the United States.

Unfortunately, there is an extensive and abhorrent history in America of false sexual assault and harassment accusations against Black men. One of the most well-known cases is of a young 14-year-old Black teenager named Emmett Till. In 1955, Till was accused of sexually harassing Caroline Bryant, a white woman, at a grocery store in Mississippi. Two white men close to Bryant kidnapped and brutally murdered Till as retribution. Years later, the white woman confessed to lying about Till’s alleged sexual harassment.

Till’s case is not an isolated example. Numerous other Black men have been falsely accused of sexual assault and harassment, while often facing severe ramifications for these accusations. For instance, a study from the University of Michigan reported that Black prisoners serving time in jail for sexual assault are 3.5 times more likely to be unjustly convicted than a white prisoner. The establishment of justice systems with strong due process could prevent this exploitation of sexual harassment and assault to target men of color.

When due process protections are minimized, marginalized groups with little political power are disproportionately harmed, as white and wealthy students are more likely to have the power and connections to protect themselves against sexual assault allegations.

Given the recent Title IX hearings under the Biden administration, it’s necessary to re-examine the need for due process on college campuses.

Over the past year, some critics have advocated for a revocation of the current Title IX regulations, which allow colleges and institutions to choose between a “preponderance of the evidence” and “clear and convincing” standard in determining guilt. A reversal of the Title IX regulations would result in more use of the lower standard of evidence (preponderance of the evidence) and establish a procedural system that is biased against the accused.

What does this mean? The preponderance of the evidence standard is a “more likely than not” standard, which means that an investigator needs to be just 50.01% certain of an allegation to determine guilt.

Progressive activists have also lampooned the provisions in the current Title IX regulations that permit defendants’ rights to an attorney and cross-examination because they provide increased protections to the accused and can potentially retraumatize the complainant. However, a Title IX policy change would belie progressive advocates’ own commitment to social justice by making Black men more susceptible to false rape allegations.

Lara Bazelon, a professor of the University of San Francisco School of Law and director of criminal justice and racial justice clinics in Los Angeles, corroborated this statistical evidence in her writings about her own experiences. In a December 2018 opinion piece for The New York Times, Bazelon recounted a time before the Trump administration’s Title IX regulations when her client who attended a California university was found guilty of sexual assault by the Title IX investigator without a hearing. Additionally, the accuser’s own boyfriend claimed the sexual assault allegation was false and Bazelon’s client was innocent.

How could this be so? Especially when the accused student’s story had been corroborated?  Because the preponderance of the evidence standard determines guilt if the investigator finds the accuser more credible than the accused. This standard of evidence for guilt under the prior Title IX regulations establishes a low threshold for guilt, thereby undermining the fairness of sexual assault hearings.

Some activists argue that strengthening due process procedures harms victims of sexual assault and emboldens perpetrators. However, there is scarce extant evidence that lower due process rights results in a better justice system for victims of sexual assault. Due process in sexual assault cases improves the accuracy and integrity of the justice system. When students of color are wrongly punished for sexual assault allegations, people tend to doubt the credibility of the justice proceedings and their outcomes. The institution of strong due process protections can restore confidence in the decisions made by college administrations and ameliorate public distrust of the system.

False sexual harassment and assault allegations have exacerbated racial animus and tensions in our colleges and nationwide. Strong due process protections can help curb this phenomenon and restore trust and credibility in the system. Hopefully, we can adopt Title IX policies that create a world where Brown and Black men, like my friend, do not have to constantly fear persecution from a legal system that automatically presumes their guilt. Stronger individual rights and liberties are essential for achieving social justice and liberty for marginalized groups.

Rohan Krishnan is a rising sophomore at Yale University and FIRE Summer Intern.