FIRE > Newsdesk > Press Releases > Ice-T featured in new free speech ad to air nationally during ‘Law & Order: SVU’ season premiere: ‘We all have the right to express ourselves’ 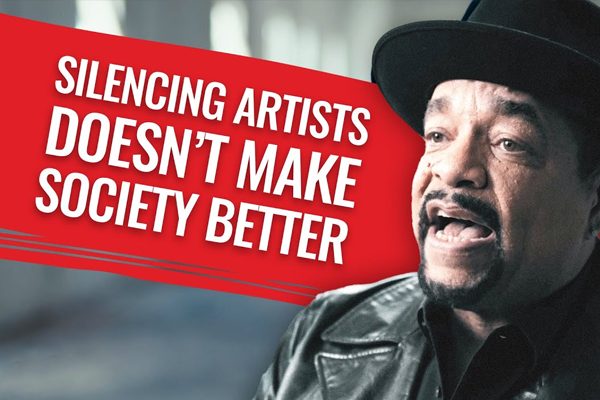 The six-figure campaign will reach viewers on broadcast and streaming television, including during the season premiere of “Law & Order: Special Victims Unit” on NBC. Ice-T is a member of the “Law & Order” cast, playing New York Police Department Sergeant Fin Tutuola since 2000.

In the television ad, Ice-T speaks about the importance of protecting free speech and about his experiences with music censorship. The ad is part of FIRE’s ongoing “Faces of Free Speech” campaign promoting free speech through the personal stories of those who faced censorship and stood up for free speech.

“We don’t have to like what we hear, but we all have the right to express ourselves,” says Ice-T in the ad. “Silencing artists doesn’t make our society any better or safer.”

“Ice-T faced censorship in his music career and knows firsthand the importance of protecting the expressive rights of artists,” said FIRE Executive Vice President Nico Perrino. “For art and culture to flourish, artistic freedoms must be preserved. In America, we don’t take the microphone or the paint brush out of artists’ hands because we don’t like what they have to say.”