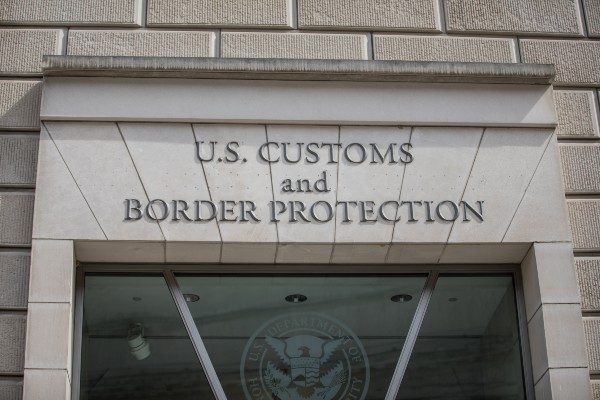 New guidance from U.S. Immigration and Customs Enforcement indicates incoming freshman international students taking online-only classes may not be able to obtain a visa, posing challenges to the expressive rights of these students in their home countries, as well as to the rights of their classmates and professors here in the United States. The guidance comes on the heels of the rescission of a similar policy that would have required international students who were already here in the U.S. to leave the country if their classes were online-only.

International students taking online classes in their home country may be at risk of censorship, surveillance, and legal peril for engaging in basic discussions, like on politics, religion, or sexuality, that take place in college classes — and faculty will face challenges, too.

Earlier this month, FIRE filed an amicus curiae brief in a lawsuit, brought by Harvard University and the Massachusetts Institute of Technology, that challenged the earlier policy.  FIRE voiced concerns that the policy would have forced U.S. colleges to adjust classes to abide by other countries’ internet censorship laws, like China’s “Great Firewall.” ICE rescinded the policy on June 14 after a number of universities filed lawsuits.

Ten days later, in a “Clarifying Questions” document about the Student and Exchange Visitor Program, ICE asserted that “new or initial nonimmigrant students who intend to pursue a full course of study that will be conducted completely online will likely not be able to obtain an F-1 or M-1 visa to study in the United States.”

While a significantly smaller group of students will be affected by ICE’s new guidance than its previous one, this will still pose similar threats to academic freedom as those identified in FIRE’s amicus curiae brief. As we explained in the brief, international students taking online classes in their home country may be at risk of censorship, surveillance, and legal peril for engaging in basic discourse, like discussions on politics, religion, or sexuality, that takes place in college classes — and faculty will face challenges, too:

The policy will not only implicate the rights of displaced students, but also impact the First Amendment rights of students and faculty who remain in the United States. The First Amendment protects not only the right to speak, but also to hear. “It is now well established that the Constitution protects the right to receive information and ideas.” Stanley v. Georgia, 394 U.S. 557, 564 (1969). The right to the exchange of views unencumbered by censorship is “fundamental to our free society.” Id. Nowhere is this more important than in college classrooms, the quintessential “marketplace of ideas.” Keyishian, 385 U.S. at 603.

These are not idle concerns. China’s entanglement with American companies is already impacting higher education, even before the policy’s implementation. The videoconferencing company Zoom, which says its platform is used by nearly all major American universities, announced last month that it would develop the means to block users by location in response to government takedown demands. This announcement followed controversy over Zoom’s handling of takedown demands from China regarding Zoom meetings in which participants discussed the Tiananmen Square massacre. Zoom’s proposed solution, while pledging that it will not allow China’s takedown requests to “impact anyone outside of mainland China,” is to develop technology that will block users in a country when authorities “determine activity on our platform is illegal within their borders.” In other words, Zoom will remove students if their government objects to class material or discussion, effectuating a dictator’s veto on speech.

As we noted, there is already evidence from overseas demonstrating that universities’ adjustments to teaching students who are taking online classes in repressive countries could result in censorship of class materials:

The United Kingdom’s response to Chinese students studying in its colleges remotely from China offers a stark preview of the self- and institutional censorship that is being designed to preserve relationships with foreign states. Four universities in the United Kingdom are currently testing a system, aided by a Chinese internet firm, that would provide Chinese students with a filtered selection of class readings, with “sensitive” material removed from their courses.

Such arrangements, when predictably applied to students at American colleges, will not only have the effect of removing foreign students’ views from classrooms, but will also chill the speech of faculty and students here in the United States. Faculty members will rationally choose to self-censor in light of the obvious risks that their international students may be cut off from classes—or even subject to civil, criminal, or extrajudicial penalties—if views students’ foreign authorities find offensive, embarrassing, or inconvenient are discussed. (For example, a University of Minnesota student whose tweets compared China’s president to Winnie the Pooh found himself facing a six-month prison sentence for “provocation” after returning to Wuhan.) Students abroad will likewise need to consider whether their research, writing, or classroom contributions, if considered subversive to foreign authorities, could yield legal liability.

While a smaller number of students will be affected by ICE’s new regulations on online teaching and international travel, the impacts they will have are still worth considering.

FIRE will continue to monitor how policies affecting international students impact the academic freedom of students and faculty members at home and abroad. If you’re a faculty member or international student concerned about your ability to teach or study freely due to overseas internet restrictions, please share your thoughts with FIRE at targetedadvocacy@thefire.org.