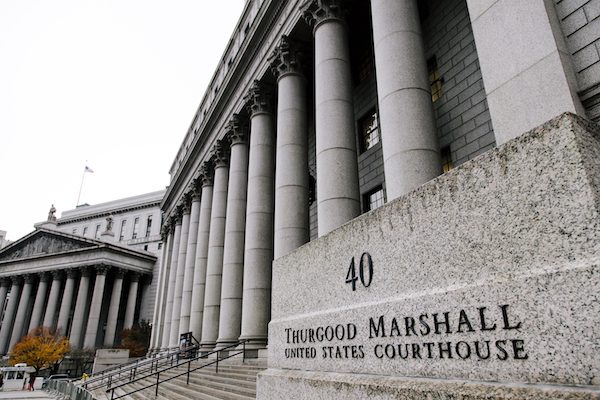 Faculty at public institutions of higher education are typically charged with three main duties: teaching students, conducting research, and serving the university. But what happens when a faculty member’s teaching and research involves controversial public issues?

Depending on where faculty teach, the First Amendment may not protect them when they engage in scholarship and teaching on matters of public concern as part of their official job duties.

This is due to a 2006 Supreme Court case, Garcetti v. Ceballos, which held a public employee’s on-the-job speech was not protected because it occurred pursuant to their job duties. However, consistent with its acknowledgment of academic freedom as a “special concern” of the First Amendment, the Court in Garcetti singled out public university faculty as one type of public employee that may not be covered by its decision. Despite this, since Garcetti, public university faculty, to whom the right of academic freedom most clearly applies, have had to reassert that right in the federal courts.

Academic freedom is an important part of the First Amendment because our nation’s universities are unique centers of free inquiry and knowledge creation.

One of those faculty members is Professor John Heim, who teaches macroeconomics as an adjunct professor at the State University of New York at Albany. Notably, his brand of macroeconomics is Keynesianism, in contrast to the preferred philosophy of the UAlbany economics department, “Dynamic Stochastic General Equilibrium.” Despite Heim applying several times, the economics department refused to promote Heim to a tenure-track position because of his adherence to Keynesian economics.

Heim sued, alleging that UAlbany violated his First Amendment rights. But the district court found for the university, holding that regardless of whether Garcetti applied, Heim’s scholarship and teaching was not protected by the First Amendment because they were not on a matter of public concern. So Heim appealed to the U.S. Court of Appeals for the Second Circuit.

Yesterday, FIRE filed an amicus brief in Heim v. Daniel in support of Professor Heim. FIRE argued the Second Circuit should join its sister courts in the Fourth, Fifth, Sixth, and Ninth Circuits by recognizing that Garcetti’s effect of removing on-the-job public employee speech from First Amendment protection does not apply to public college and university faculty.

Why should the free speech rights of college faculty be exempt from Garcetti?

Academic freedom is an important part of the First Amendment because our nation’s universities are unique centers of free inquiry and knowledge creation. As argued in our brief, “Rigidly applying Garcetti’s framework would strip Heim of First Amendment protection merely because his job, as a university professor, is to teach and produce research. This offends the essence of academic freedom by punishing professors who pursue heterodox ideology.”

By over-emphasizing the role of audience size, courts risk turning the public concern analysis into a popularity contest for speech.

FIRE also argued that Heim’s scholarship and teaching on Keynesian economics constitutes speech on a matter of public concern. Debate and disagreement among scholars is how knowledge flourishes. Even though disputes among academics may be opaque, they can have significant impacts on the broader public. (Think professors of literature deciding collectively and over time what makes up the cannon — leading to students today reading works like Homer’s Odyssey and Herman Melville’s Moby Dick.) The trial court in Heim’s case recognized as much when it noted Heim’s primary audiences were government officials and economic policy wonks.

But despite that recognition, the trial court held that Heim’s speech wasn’t a matter of public concern, giving too much weight to the niche subject matter and relatively small size of Heim’s audience. As FIRE wrote in its brief, “By over-emphasizing the role of audience size, courts risk turning the public concern analysis into a popularity contest for speech. Indeed, much of the Supreme Court’s First Amendment jurisprudence concerns speech that is or was quite unpopular or simply not of interest to the broader public.”

As the brief notes, the fact “[t]hat Heim’s audience consists of public servants charged with making important economic decisions is all the court should need to understand that his scholarship and teaching is on matters of public concern.”