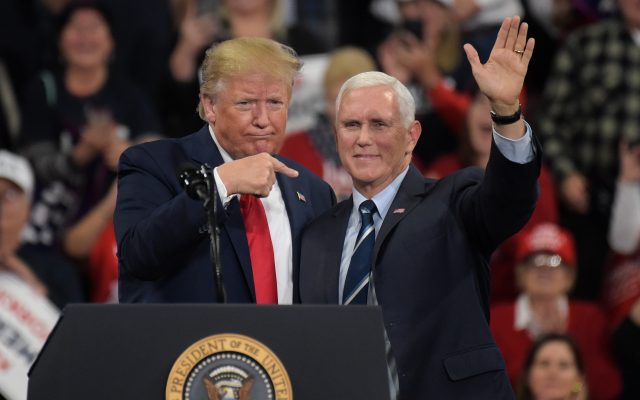 Nearly 58 million people watched Vice President Michael Pence and Sen. Kamala Harris square off in the vice presidential debate last week. Online, Americans of all political persuasions sounded off, continuing our nation’s long tradition of arguing over national political affairs. And, of course, some of those Americans were faculty members, leading conservative media outlets to round up professors’ “profane” tweets about Pence.

That included a tweet by Lora Burnett, a history professor at Collin College in Texas, who tweeted that the moderator needed to “talk over Mike Pence until he shuts his little demon mouth up” and shared another professor’s tweet referring to Pence as a “scumbag lying sonofabitch.”

The moderator needs to talk over Mike Pence until he shuts his little demon mouth up. #VPDebate

Publicly, the college issued a statement condemning Burnett’s tweets as “hateful, vile and ill-considered,” and acknowledging that her tweets “may be protected” by freedom of expression. (The First Amendment places limitations on when a government actor, like a public university or college, can take action against an employee for their speech as a private citizen on matters of public concern — a constitutional protection that shields faculty members of all political persuasions.) But the First Amendment does not require college leaders to remain silent about speech they find offensive or contrary to institutional values: Criticism is a form of “more speech,” not censorship.

In private, however, Collin College President Neil Matkin took a more ominous tone, writing in an email to faculty members that Burnett’s tweets had attracted the attention of “college constituents” and led to “contacts from legislators” and members of the public, most calling for Burnett’s termination. Matkin added that the “execution of [the college’s] personnel policies will not be played out in a public manner.” While criticism doesn’t violate the First Amendment, courts have held that “intimating that some form of punishment or adverse regulatory action would follow” does.

The following day, Burnett was given an “Employee Coaching Form” with “Performance Feedback” styled as “Constructive Feedback,” reading in full:

This is to serve as acknowledgement that you are entitled to your views and may freely post these views on your personal social media.

This is also to clearly communicate that you are not to use Collin College systems or resources to engage in private or personal conversations. If you are contacted through your Collin.edu account, you are not to respond from the college email system. You should use your personal email account on any and all personal communications.

That’s not a model of clarity, and it’s difficult to decipher what use the college is complaining about. The line between what is “personal” and what is “professional” is not always clear. More importantly, Collin College’s own policy expressly authorizes “incidental personal use” of technological resources. It’s hard to square that policy with the college’s insistence that Burnett refrain from “any and all personal communications” via her college email address, particularly when the angry emails she’s receiving are unsolicited.

Moreover, that response falls far short of Collin College’s policies, which not only recognize that faculty members are entitled to be free from institutional censorship due to their speech as citizens but require administrators to “uphold vigorously the principles of academic freedom and to protect the faculty from harassment, censorship, or interference from outside groups and individuals.” Suggesting that Burnett might be disciplined and warning her against doing what college policy permits her to do is not the vigorous defense of freedom of expression faculty should expect from a public institution bound by the First Amendment.

As we explained in our letter to Collin College’s leadership yesterday, the First Amendment protects the rights of faculty members at public universities and colleges to comment on matters of public concern — like a debate between two people who may soon be a heartbeat away from the presidency. That right doesn’t falter when others find those views “hateful, vile and ill-considered” because the First Amendment does not exist to protect popular speech, and instead protects the right to “speak foolishly and without moderation.”