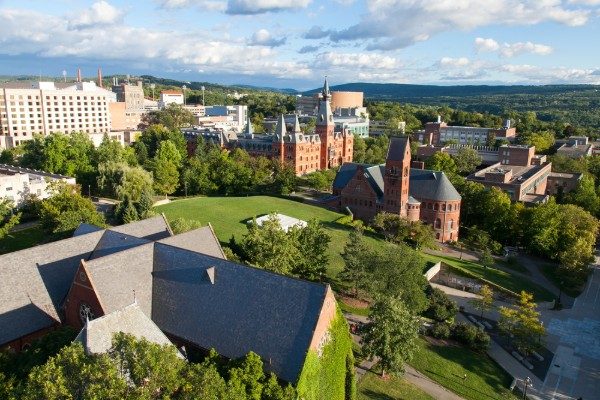 Cornell University recently announced it will begin covering security fees for all events sponsored by student organizations. The university will pay for the first $8,000 in security fees incurred by any student event, which should fully cover the cost of those fees for the vast majority of such events.

This welcome development at the Ivy League school comes after student-led public pressure on the college to reverse a change in its security fee policy that would have created a huge opening for viewpoint discrimination.

FIRE began following this story last summer when our former intern Ben Lee, a student at Cornell University, first reported on a draft policy that would have given university police authority to determine security fees—or “speech tariffs,” as Ben called them—for student events. Under the proposed policy, which was in effect during this past school year, administrators asked the following viewpoint-adjacent questions when considering student event applications and calculating security fees:

As FIRE’s Will Creeley wrote in his analysis of the policy back in March, “if the administrator believes a student event will present an ‘elevated risk’ or ‘high risk’ because he or she disagrees with its content or viewpoint, the price for holding the event goes up.”

Cornell’s reversal on the problematic policy strikes a similar note to the University of California, Berkeley’s revision of its own major events policy. UC Berkeley revised the policy to make clear to students and student groups that “additional security fees will not be charged to event sponsors based on concerns that the content of the event or the viewpoints, opinions, or anticipated expression of the sponsors, event performers, or others participating in the event might provoke disturbances or response costs required by such disturbances.”

Cornell and UC Berkeley follow Columbia University, which made a similar announcement in February.

FIRE hopes that other colleges and universities take note of these laudable policy changes and consider addressing this problem at their own institutions. Anything less places a de facto tax on participation in the marketplace of ideas (and, at public schools, is likely  unconstitutional as well).