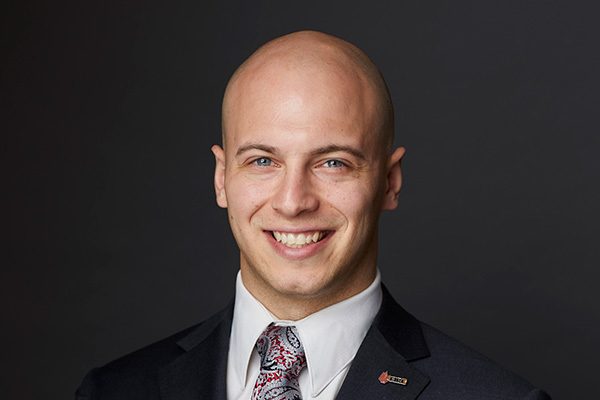 Update: In another victory for the First Amendment rights of Pennsylvania attorneys, the State of Pennsylvania voluntarily dismissed its appeal of the federal district court’s decision to the United States Court of Appeal for the Third Circuit on March 16, 2021. Rather than defend its rule in court, the PA Bar Association will instead revise the rule to comply with the First Amendment. This leaves the district court’s decision striking down the rule as the final legal ruling on this issue in PA — and a stark warning to any other state seeking to adopt similar restrictions on attorney free speech rights.

We are glad to see the PA Bar surrender its untenable defense of this unconstitutional rule, and we look forward to working with them to ensure that its rules do not violate the First Amendment rights of PA attorneys.

In a first-of-its-kind decision, the United States District Court for the Eastern District of Pennsylvania struck down rule 8.4(g), which would have severely limited attorney First Amendment rights in Pennsylvania. The decision in Greenberg v. Haggerty (I served as plaintiff in my personal capacity) affirms that PA attorneys do not vacate their First Amendment rights upon earning their law license, and that the government may not discipline attorneys merely because it dislikes what they have to say.

The rule, crafted by the Disciplinary Board of the Supreme Court of PA — the final authority for creating and enforcing PA attorney ethical standards — states that it will be professional misconduct for PA attorneys to:

[I]n the practice of law, by words or conduct, knowingly manifest bias or prejudice, or engage in harassment or discrimination, as those terms are defined in applicable federal, state or local statutes or ordinances, including but not limited to bias, prejudice, harassment or discrimination based upon race, sex, gender identity or expression, religion, national origin, ethnicity, disability, age, sexual orientation, marital status, or socioeconomic status.

(Emphasis added). In a comment, the rule explains that “the practice of law includes participation in activities that are required for a lawyer to practice law, including but not limited to continuing legal education seminars, bench bar conferences and bar association activities where legal education credits are offered.”

Those seeking to better their world will undoubtedly offend the status quo — such condemnation is the down payment for creating lasting change.

In short, under the rule, PA attorneys can lose their law license and suffer the stain of an unethical conduct demarcation for saying “words … manifest[ing] bias or prejudice” during any activity “required … to practice law.”

Questions abound: What does it mean to “manifest bias or prejudice”? What activities count as “required … to practice law”? Are attorneys expected to know where to draw the line, or just trust disciplinary committees to not violate their rights?

As a First Amendment attorney at FIRE, my work necessarily involves the discussion of hateful, biased, and prejudicial speech — it is no accident that the storied history of First Amendment law is also the colorful chronicle of the government suppressing deeply offensive speech. From Nazis seeking to march in a neighborhood of Holocaust survivors and the Westboro Baptist Church holding “God Hates Fags” signs at soldiers’ funerals, to animal crush videos and cartoons of policemen raping the statue of liberty, my discussion of these incidents and the corresponding court cases during continuing legal education events has the grave potential to run afoul of this rule.

And if I did stand accused of violating this rule, color me skeptical that the attorneys who so blithely disregarded the First Amendment by creating this rule would then apply it in a manner that protects my expressive rights. If the PA disciplinary board was serious about upholding attorney free speech rights, they wouldn’t have adopted this speech code for lawyers in the first place.

On August 6, the Hamilton Lincoln Law Institute challenged the rule on First Amendment grounds (I served as the plaintiff in the lawsuit). We argued that the First Amendment does not allow the government to create vague, poorly-worded restrictions on expression, and then ask its citizens to trust that it will enforce them in a fair and equitable manner.

The court agreed. In issuing a preliminary injunction against the rule for violating the First Amendment on December 8, the court had some choice words for the government lawyers who sought to restrict the rights of their fellow attorneys:

[T]he government has created a rule that promotes a government-favored, viewpoint monologue and creates a pathway for its handpicked arbiters to determine, without any concrete standards, who and what offends. This leaves the door wide open for them to determine what is bias and prejudice based on whether the viewpoint expressed is socially and politically acceptable and within the bounds of permissible cultural parlance.

Although the state can appeal the decision to a higher court, the first decision to opine on this rule is a win for professionals’ First Amendment rights. Whether you are a dentist, a plumber, a chiropractor, or an attorney — it is a bedrock First Amendment principle that the government may not revoke your license to practice merely because your words offend others. The value of free speech — as aptly explained by FIRE CEO and President Greg Lukianoff — lies in knowing what people genuinely think in order to know the world as it really is. This crucial endeavor requires difficult conversations and exposure to unsettling expression, not speech-policing by disciplinary panels. The answer to biased or prejudicial speech is more speech, not professional misconduct charges.

The court’s rejection of this paternalistic, sloppy attempt to conform PA attorneys’ speech to whatever is acceptable to PA disciplinary boards is a welcome rebuke of the rule’s proponents, who continue to insist that their benevolent censorship is not only compliant with the First Amendment, but necessary to address already-unlawful harassment and discrimination within the legal profession. Supporters of this rule see the First Amendment’s protection of offensive speech as an impediment to fixing the legal profession — meaning that attorney free speech rights must be sacrificed for the greater good. Fortunately, the First Amendment does not tolerate even high-minded restrictions of expressive rights (and to be clear, throughout the history of censorship, everyone tends to think their rationale for censorship is high-minded).

On a broader note, the decision reminds me of something my late grandfather, Joel Balzer, used to say: “There will always be condemnation for those with high spirits.” Those seeking to better their world will undoubtedly offend the status quo — such condemnation is the down payment for creating lasting change. The work done by the disruptors of our society is driven by a passion undeterred by the inevitable offense caused by their disruption. The court recognized that such condemnation must not be accompanied by disbarment, else the high spirits of our profession be ground into dust.

Finally, I am grateful for my excellent legal team at the Hamilton Lincoln Law Institute for their relentless assault on this rule. The government erected many palisades in defense of the rule — citing the plenary state power to regulate attorneys, trying to squeeze the rule into the narrow First Amendment exception for “professional speech,” and insisting that the rule only banned conduct, not speech — all knocked down by HLLI attorney Adam Schulman, laying the rule bare to constitutional scrutiny that it could not withstand. PA attorneys owe a debt to HLLI and Schulman for ensuring that we retain our full array of expressive rights.

If your state is considering adopting a variant of rule 8.4(g), please don’t hesitate to contact me at zach.greenberg@thefire.org.