FIRE > Newsdesk > Top Story > In the battle for academic freedom, alumni are key players — what happens when they go rogue? 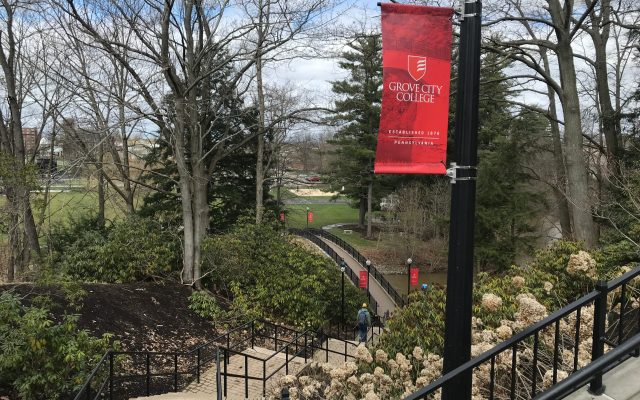 Known to its friends as “freedom’s college,” for many years Grove City College maintained a balance between both its self-proclaimed conservative values and its belief in “the foundations of a free society.” But in the last year, the campus community has become fractured, all because the college featured a controversial speaker, offered an elective class in cultural diversity, and conducted racial sensitivity training for the residence life staff. Alumni and donors were enraged by these actions that they perceived as mission drift.

As a senior at Grove City, I experienced my dream school’s transformation into a shell of the place I remembered visiting in high school, all because of the pressure exerted by outraged alumni. Grove City failed to uphold its written commitment in its student handbook: “Rather than political, ideological, or philosophical agendas, objective truth continues as the goal of liberal learning.”

Fear from alumni about the presence of critical race theory (or any discussion of race) at the college proved a stronger force on the college’s policies than any administrative commitment to academic freedom. As a consequence, future programming at Grove City by professors and administration cannot feature anything off-mission or social justice related without risking repercussions by the board of trustees. Now Grove City faculty and students suffer the consequences of this choice, without the power to influence college policies.

Alumni claiming to promote the well-being of their colleges by demanding they resort to partisan indoctrination should remember a liberal arts college ceases to be liberal when certain ideas cannot be discussed. Freedom is an essential component of liberal education, which is meant to educate free citizens on how to uphold a healthy democracy.

Grove City was my ‘dream’ college for free speech

In my college search, I tried to find an English department where literature was studied for its aesthetic value and for the acquisition of wisdom, not only utilized as a political tool. When I finally visited Grove City College, I fell in love. The focus at Grove City was not on reaffirming students’ established beliefs but on rigorous academic study. Not only did the administration and faculty claim to value free expression; the students practiced it.

While visiting an English class, I observed a few students earnestly debate the ethics of one character’s choice to leave her husband. Students on both sides of the argument showed respect, maybe a hint of frustration at times, but were given the opportunity to state their case and challenge the opposing viewpoint.

Alumni like myself have a serious responsibility to use our influence with our alma maters to benefit the college, uphold free inquiry, and set aside our political quarrels in the pursuit of rigorous academic discourse.

Throughout my time as a student there, professors who I adored repeatedly told me I was wrong. Their commitment to truth led them to seriously consider my arguments and challenge their weaknesses. Together, we read novels that scared me with their violence and grief, like Toni Morrison’s “Beloved.” We read poems that challenged our shared religion, like Philip Larkin’s “High Windows.” We always tried neither to accept every literary work as gospel truth nor to read our opponents uncharitably.

When I graduated in 2022, I was a changed woman, not radicalized but matured. I learned to “hold two ideas in tension” as a favorite professor used to say. I learned when it was necessary to concede points to my opponents and look at an issue with more nuance. For this reason and so many more, I will never cease to love Grove City for everything it’s given me.

Unfortunately, students today may not have the same experience.

Faced with a choice of whether to reaffirm its commitment to free expression, the college opted to censor its professors and administrators rather than face the disapproval of a “concerned” group of alumni and parents who demanded the college examine the nature of conversations related to racial equity on campus.

After months of pressure from donors, alumni, and parents, Grove City first launched a special investigation committee to determine whether any “wokeness” had infiltrated the college. In a farcical report, the special committee states that these “allegations are provocative because they conflict with Grove City College’s well-earned reputation as a conservative, independent, and Christ-centered college standing athwart the increasingly progressive higher education environment.”

Noticeably absent from this introductory section of the special committee’s report is any mention of academic freedom, or even liberty in general. Dare I suggest that this might represent a more concerning piece of mission drift than the allegations of indoctrination with critical race theory?

In an effort to prove their serious commitment to Grove City’s mission, the committee errantly suggested academic freedom would no longer be a primary value in their classrooms when they said, “programming at GCC must further the college’s mission and values.”

The committee even went so far as to issue a vague warning to faculty, staff, and administrators saying that the college’s “president will take appropriate actions” against those who did not “embrace GCC’s vision, mission, and values.”

Especially considering Grove City does not offer tenure, this statement is a threat to the livelihood and reputation of anyone who does not conform to the political orthodoxy embraced by the institution.

The board of trustees argued that it “categorically rejects Critical Race Theory and similar ‘critical’ schools of thought as antithetical to GCC’s vision, mission, and values.” The special committee went even further, broadly defining critical race theory when it stated: “Our references to CRT include popular ‘CRT-adjacent’ advocacy cloaked in the . . . language of ‘social justice.’”

When the Board accepted the statement of the special committee, they effectively declared a political view in opposition to their own to be incompatible with a Christian liberal arts education. Of course, this equivocation violates the tenets of academic freedom, not to mention the beliefs of many of their fellow Christians.

The release of this report and its subsequent adoption by the board of trustees represent a grave mistake by the administration. A coalition of censorious alumni changed the practices of an entire college with the force of their outrage. While the petitioners deserve much of the blame for this new campus censorship, the college’s leadership ultimately is responsible for acting on these demands.

Alumni are well within their rights to organize and voice their concerns about the direction of their institution, but there’s a deep irony in the fact that the Grove City alumni campaign to protect the institution from mission drift resulted in the institution unmooring itself from its foundational principles. In the end, the very heart of the institution has been put at risk.

The key lesson alumni who want to preserve free speech at their institutions should take from this travesty is that culture-war politics and the principles of liberal education are incompatible. A campus obsessed with expelling either progressivism or conservatism makes no room for freedom of expression or pluralism on any campus.

We should resist the temptation to guard our alma maters against “harmful” ideologies.

Alumni like myself have a serious responsibility to use our influence with our alma maters to benefit the college, uphold free inquiry, and set aside our political quarrels in the pursuit of rigorous academic discourse. As the last year at Grove City clearly demonstrates, there is a wrong way for alumni to guide their college. It is wrong to threaten a college into upholding your personal convictions at the expense of the institution’s academic integrity.

We should resist the temptation to guard our alma maters against “harmful” ideologies. Instead, we should promote a culture of discussion and debate where any book can be read, any philosophy espoused, and any question considered with faith that in the end, the truth will triumph over error.