FIRE > Newsdesk > In the Name of Free Exchange of Ideas, CSU Los Angeles Resorts to Censorship

Another story of administrative censorship made headlines yesterday, this time out of California State University, Los Angeles (CSULA). CSULA’s president, William Covino, is the latest university president to take it upon himself to cancel a student organization’s event due to the views of an invited speaker. The target of Covino’s censorship is conservative author and political commentator Ben Shapiro, editor-at-large of the Breitbart News Network. 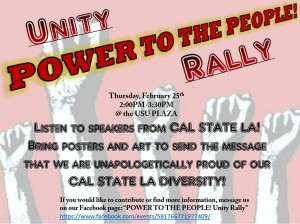 Shapiro’s lecture, to have been hosted tomorrow by the CSULA Young America’s Foundation (YAF), was titled “When Diversity Becomes a Problem” and was predictably controversial. According to the event’s Facebook page, Shapiro was planning to “discuss how trigger warnings, ‘diversity’, microaggressions, Black Lives Matter, safe spaces and #concernedstudents1950 poses a threat to freedom of speech on college campuses.” Heated back-and-forths ensued, as did calls for counter-protests against Shapiro’s message. This is the system working as it should—with speech being met with more speech.

As for an illustration of how the system doesn’t work, however, you could hardly do better than president Covino’s unilateral decision to cancel Shapiro’s speech in order to delay it indefinitely, until CSULA can arrange a “more inclusive” event at which Shapiro is part of a diverse panel of speakers.

Here’s the full text of the email President Covino sent to the YAF chapter Monday night:

After careful consideration, I have decided that it will be best for our campus community if we reschedule Ben Shapiro’s appearance for a later date, so that we can arrange for him to appear as part of a group of speakers with differing viewpoints on diversity. Such an event will better represent our university’s dedication to the free exchange of ideas and the value of considering multiple viewpoints. We will be happy to work with Mr. Shapiro to schedule the more inclusive event that I have in mind. I have informed the university staff involved in facilitating the February 25 event that it will be rescheduled and reconfigured for a later date.

As the Alliance Defending Freedom (ADF) announced yesterday, Covino’s email came in response to a letter ADF sent Monday regarding a $621.50 security fee CSULA charged YAF because the university deemed Shapiro’s views “controversial.” This is an apparent violation of YAF’s First Amendment rights because it effectively places a price tag on the content of their speech, conditioning their right to free expression on their ability to subsidize the potentially disruptive actions of those who would rather not hear it. This is flatly incompatible with Supreme Court jurisprudence, as we have repeatedly reminded universities over the years. As the Court held in in Forsyth County v. Nationalist Movement, 505 U.S. 123, 134–35 (1992), “[l]isteners’ reaction to speech is not a content-neutral basis for regulation…. Speech cannot be financially burdened, any more than it can be punished or banned, simply because it might offend a hostile mob.”

It seems quite clear, for one, that the cancellation of the event is motivated by a distaste for Shapiro’s views. This is unconstitutional, as the Supreme Court has repeatedly held. In Rosenberger v. Rector and Visitors of the University of Virginia, 515 U.S. 819, 836 (1995), for instance, the Supreme Court ruled that “[f]or the University, by regulation, to cast disapproval on particular viewpoints of its students risks the suppression of free speech and creative inquiry in one of the vital centers for the Nation’s intellectual life, its college and university campuses.”

Just as unconstitutional is Covino’s decree that Shapiro’s speech is only fit to be heard if there are opposing speakers and viewpoints on hand. If CSULA wants to have its own event and invite Shapiro to be part of a diverse panel of speakers, it is free do so. But it’s a clear violation of YAF’s First Amendment right to freedom of association to force the group to include speakers opposed to Shapiro’s message as a condition of hosting him on campus. Again, the Supreme Court is clear on this principle, unanimously ruling that “[s]ince all speech inherently involves choices of what to say and what to leave unsaid, one important manifestation of the principle of free speech is that one who chooses to speak may also decide ‘what not to say.’” Hurley v. Irish-American Gay, Lesbian, and Bisexual Group of Boston, 515 U.S. 557, 573 (1995) (internal quotation and citation omitted).

Covino makes a joke of inclusivity by compelling YAF to include opposing speakers in its event against its wishes in the name of “the free exchange of ideas and the value of considering multiple viewpoints.” That is simply not how the First Amendment works. And almost assuredly, it establishes a clear double standard by which YAF is being penalized. Is CSU going to tell all student organizations that potentially controversial speakers need to be “balanced” by those holding opposing viewpoints? Of course it isn’t. Far likelier is that CSULA will employ this tactic when certain invited speakers prove sufficiently upsetting. By cancelling YAF’s event, CSULA provides a roadmap to students who would suppress the speech of their opponents by wresting control of their platforms from them, in the hope that doing so would prevent certain disfavored opinions or speakers from being heard on campus.

Beyond being unconstitutional, Covino’s actions betray a lack of faith in students’ ability to hear ideas and make judgments on their own, without needing a carefully stage-managed program to guide them through. If CSULA’s students aren’t feeling condescended to, they should be. Like we’ve seen at Williams College in recent days, where president Adam Falk categorically barred writer John Derbyshire from the campus, the lack of respect for students’ agency in the educational process is jarring.

Unlike Falk’s actions at Williams, which is a private institution, Covino’s actions have the additional effect of violating CSULA students’ First Amendment rights. CSULA must promptly reverse itself, and FIRE will be watching to see that it does.