In a victory for students’ First Amendment rights, the United States Court of Appeals for the Fifth Circuit revived a lawsuit against the University of Texas at Austin. Reversing the district court’s dismissal of the lawsuit for lack of standing, the court reaffirmed that vague speech regulations, combined with potential penalties for violating those regulations, can chill speech and constitute a sufficient injury to confer standing.

In an opinion authored by Judge Edith Jones, the court first ruled that the university’s eleventh-hour policy changes did not moot the case.

Speech First, an organization of free speech advocates that include students at UT Austin, challenged the university’s ban on “harassment,” “incivility,” “rudeness,” and “intimidation” as unconstitutional. Speech First moved for a preliminary injunction to stop the university from enforcing these policies — including its “Hate and Bias Incidents Policy” and its use of “Campus Climate Response Teams” to investigate, log, threaten, or punish students for “bias incidents” or “campus climate incidents.” 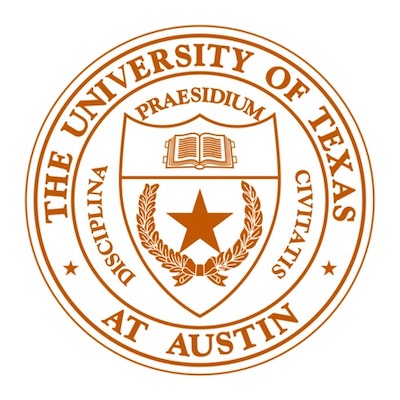 The district court not only refused to enjoin the policies but also dismissed the case, concluding that Speech First lacked standing. The district court found that none of Speech First’s student members had been disciplined under the policies and there was no credible threat that the university would enforce these policies against them. FIRE filed an amicus curiae brief in support of Speech First’s appeal, documenting two decades worth of successful facial challenges to university speech codes.

While the appeal was pending, UT Austin amended most of its challenged policies, but not the “Hate and Bias Incidents Policy” or “Campus Climate Response Teams.” The university urged the Fifth Circuit to affirm the dismissal for lack of standing and argued that its policy changes mooted the lawsuit.

This is not the first appeal in which a public university has had a sudden change of heart, during litigation, about the overbreadth and vagueness of its speech code, and then advocated mootness under a relaxed standard.

Following the Sixth Circuit’s recent decision in another Speech First challenge to similar speech restrictions at the University of Michigan, the court found that the case was not moot because of “(1) the absence of a controlling statement of future intention; (2) the suspicious timing of the change; and (3) the university’s continued defense of the challenged policies.”

The court further ruled that Speech First had standing to challenge the university’s policies, reaffirming that “in the pre-enforcement context, … ‘chilling a plaintiff’s speech is a constitutional harm adequate to satisfy the injury-in-fact requirement.’” Judge Jones stressed, “It is not hard to sustain standing for a pre-enforcement challenge in the highly sensitive area of public regulations governing bedrock political speech.”

The court rejected the university’s attempts to wrap itself “in the flag of its policies’ paeans to the freedom of speech.” “[W]hile purporting to invoke free speech, the [policies] qualify protected speech and fail to cabin the terms ‘harassment,’ ‘intimidation,’ ‘rud[ness],’ ‘incivility,’ and ‘bias.’” Rejecting the university’s “disavowals of any future intention to enforce the policies,” Judge Jones pointedly questioned, “[W]hy maintain the policies at all?”

Notably, in remanding to the district court to reassess the merits of the preliminary injunction, the court cited “the consistent line of cases that have uniformly found campus speech codes unconstitutionally overbroad or vague.” The court concluded:

In our current national condition, … in which institutional leaders, in a spirit of panicked damage control, are delivering hasty and disproportionate punishment instead of considered reforms, courts must be especially vigilant against assaults on speech in the Constitution’s care.

In our report, “Spotlight on Codes 2020: The State of Free Speech on Our Nation’s Campuses,” FIRE ranked UT Austin as maintaining “red-light” policies that seriously infringe on students’ right to free speech. In light of its new president’s professed commitment to protecting free speech in higher education, we hope UT Austin will undertake a comprehensive review of its policies and align them with the guarantees of the First Amendment.

Schools:  University of Texas at Austin