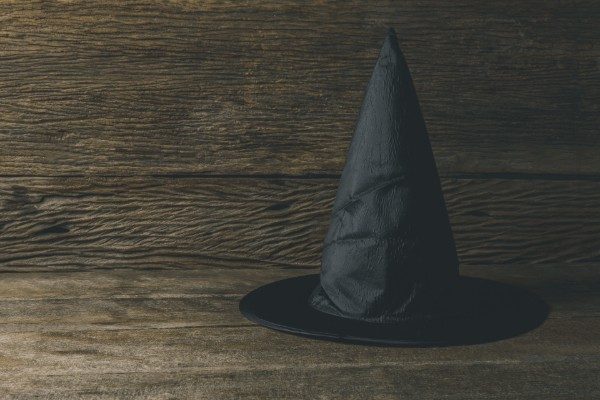 Colleges and universities across the country are once again investigating students for their choice of Halloween costumes or are implementing problematic policies that threaten consequences for choosing an “offensive” costume.

FIRE has tracked the trend of policing Halloween costumes since the mid-2000s. “Halloween hysteria” appears to have died down since its spike in 2015 with Yale’s Halloween costume controversy, but now may be on the rise again.

But after years of criticism from civil liberties groups like FIRE, some universities appear to be anticipating a backlash.

“This is not an issue of free speech,” read a statement from the University of Connecticut, warning students “to be cautious in their Halloween activities in light of recent racially motivated incidents on campus.”

(Last week, two UConn students were arrested under an unconstitutional 1917 law preventing “ridicule” when they yelled a racial slur loud enough for others to hear. That law, which has rarely been enforced, was written in an effort to prevent false advertising.)

The rest of the UConn statement, penned by associate vice president and dean of students, Eleanor Daugherty, makes it clear that her office isn’t focused on criminal behavior, but expression.

In other words, it is an issue of free speech.

“Jokes and costumes,” Daugherty wrote, “cannot be used as an excuse to belittle the significance of identity and inclusivity on our campus and our world. These are our choices. Our actions. Our commitment to care.”

Students, indeed, have choices. On public campuses like UConn, College of Charleston, and CalPoly, those expressive choices are guaranteed by the First Amendment. (Private campuses that voluntarily make similar guarantees, like Furman does, must uphold them.)

If students make the choice to engage in offensive expression on a campus that promises free speech, that expression is protected. But that guarantee of free expression means other students can make their own choices to condemn, criticize, and speak out against expression they find abhorrent.

But punishment and investigation (a form of punishment in itself) are not permissible.

Why? Why can we not punish students who engage in expression many, or even most, find offensive?

Because that’s precisely what the First Amendment is for — to protect “offensive” expression. And for good reason.

In 1949, the Supreme Court observed in Terminiello v. Chicago that free speech “may indeed best serve its high purpose when it induces a condition of unrest . . . or even stirs people to anger. Speech is often provocative and challenging. It may strike at prejudices and preconceptions and have profound unsettling effects as it presses for acceptance of an idea.”

If schools like UConn, College of Charleston, CalPoly, and Furman truly want their students to learn about the harms of racial inequities on campus, censorship won’t work.

Censorship might temporarily quiet a controversy, but it does not “strike at prejudices and preconceptions” in a way necessary for true “acceptance of an idea.” Continued dialogue — about why such costumes may be worthy of rejection, for example — does.

If colleges and universities want to bring about real change on their campuses, they would do well not to restrict free expression — one tool that can get the job done.

UPDATE: This post has been updated to include information about the College of Charleston. It was originally published Oct. 25.