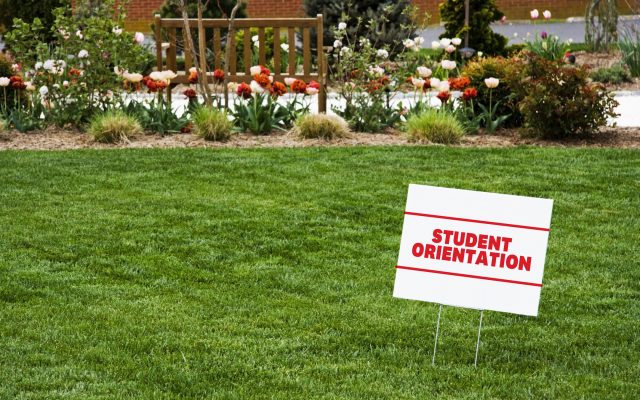 PORTLAND, Ore., Oct. 27, 2020 — Last week, two U.S. senators called on the Department of Justice to investigate alleged racial segregation in American schools. Today, an investigation by the Foundation for Individual Rights in Education reveals that Portland’s Lewis & Clark College also engaged in mandatory racial segregation in its first-year orientation program this fall. Furthermore, college leadership failed to take this problem seriously even after FIRE and one of the college’s own professors brought the unlawful program to their attention.

Lewis & Clark enlisted a Portland-based “social justice activism” group to run a mandatory orientation workshop Aug. 29 where, in the name of providing “safe spaces” for discussion, students were required to choose whether they most identified as one of three options: “Black,” “Indigenous, Person of Color,” or “White.” Students were then divided by race into different virtual Zoom breakout rooms for separate educational experiences, unlawfully limiting their ability within the program to engage with students of different races.

“Racial segregation is not only morally wrong, it’s illegal on our nation’s college campuses,” said FIRE Executive Director Robert Shibley. “Lewis & Clark must end this practice immediately and publicly commit to never again returning to that dark chapter of our nation’s history.”

Lewis & Clark Associate Professor of English Lyell Asher first raised concerns about the segregated event on a faculty email listserv Aug. 27, two days before it took place. He also forwarded the message to President Wim Wiewel and General Counsel David Reese, requesting that they look into it and suggesting that the segregated event should not be mandatory. Asher reports that he received no response, and he eventually contacted FIRE with his concerns.

After investigating, FIRE wrote to Lewis & Clark on Oct. 6, demanding that the private liberal arts college stop “reducing students to the sum of their blood and ancestry” by mandating racial segregation at any college event.

Reese responded Oct. 14, attempting to minimize both the event and its unlawful nature. He stated that while the event was labeled mandatory, attendance was not taken, students would not have been punished for skipping it, and it was only a single event. He further argued that this episode of segregation was not “invidious” and that “[s]tudents were not provided a different educational experience or outcome based on race, they simply had different individual conversations before coming back together as a larger group.” Noting that the session was “objectionable to at least one of our faculty members,” though, he stated in his conclusion that Lewis & Clark would in the future be “clearer that it is optional,” and that it was “uncertain” that they would have similar sessions in future years.

But that’s an unacceptable response — legally and morally.

“Mandatory racial segregation isn’t wrong because FIRE or a professor finds it objectionable — it’s wrong because it means that your ethnicity alone determines the education you receive,” Shibley said. “That it was just a little segregation, that ‘mandatory’ actually means ‘optional,’ or that the college meant well is no defense.”

“I find it hard to believe that Lewis & Clark’s top leadership didn’t know that segregation was wrong, and harder still to understand why they went right on subjecting students to this unlawful practice after Professor Asher flagged the issue,” Shibley said. “You have to wonder what else might be going on at Lewis & Clark.”

Tell Lewis & Clark to end its practice of racial segregation