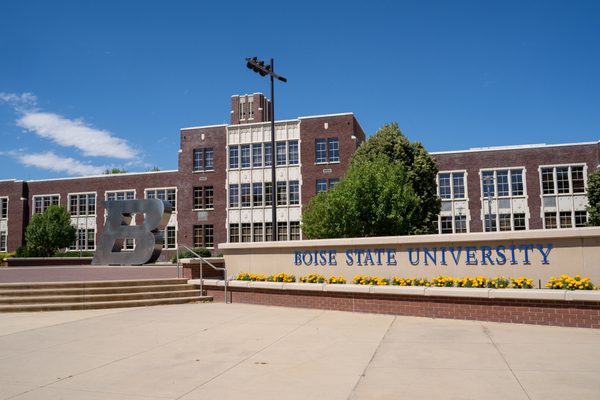 Two months after Boise State University abruptly suspended 55 diversity-related classes based on “a series of concerns” that a student had been “humiliated and degraded” in class for their “beliefs and values,” a law firm’s independent investigation found no evidence that such an incident occurred.

On its face, the outcome is farcical enough: a rumor of a video led to an abrupt suspension of dozens of classes, only for outside investigators to discover that not only was the rumored description of the event unfounded, but the only remotely similar incident involved a faculty member coming to the defense of a student, who appreciated the instructor’s intervention. While the investigation concludes that the abrupt suspensions were “appropriate and warranted under the circumstances,” the circumstances actually make it clear that Boise State had no convincing justification for its drastic decision to suspend 55 classes in the middle of a semester — a decision intended to forestall legislative pressure on the eve of a budget vote.

No evidence of student mistreatment

As FIRE previously reported, Boise State suspended all sections of its University Foundations 200 course on March 16, shortly after the state’s joint budget committee proposed a $409,000 cut in the university’s funding as part of lawmakers’ ongoing efforts to contain teaching and activities related to social justice and critical race theory. At the time, Boise State said it had “been made aware of a series of concerns, culminating in allegations that a student or students have been humiliated and degraded in class on our campus for their beliefs and values.”

The university’s action — and the context of legislative pressure to curtail these courses — raises concerns that the cancellations are focused on content, not conduct.https://t.co/FvxM7e2O57

The university hired the law firm Hawley Troxell to investigate the matter while classes resumed in a modified online format, with students watching pre-recorded lectures and no longer able to interact with their instructors and other students in real time.

According to the firm’s report, released this week, a “concerned community leader” — who is not identified — contacted Boise State on March 15, claiming to have viewed a video on a friend’s phone in which a Boise State student was singled out and forced to apologize in front of the class for being white or having white privilege. The source claimed the student was then subjected to taunts, name-calling, and verbal abuse from other students. “It was alleged that the word ‘stupid’ was used during the incident and that the student left the class in tears,” the report said.

Boise State officials never saw the alleged video, and the “concerned community leader” said he didn’t have it and refused to tell investigators how they might obtain it.

Because the incident reportedly occurred during a class discussion about structural inequality, economics, and white privilege, the university “surmised” that the class in question was one of the UF 200 sections. This appears to have been all of the information the university had when it suspended all 55 UF 200 classes one day after hearing from the “concerned community leader.”

However, Hawley Troxell uncovered no evidence of an incident matching that described by the “community leader”:

After conducting a thorough and independent investigation, we were unable to substantiate the alleged instance of a student being mistreated in a UF 200 course as described by the Complainant. No students reported being forced to apologize for the color of their skin. Nor did any student report being personally singled out based on skin color or being subjected to taunts, name-calling, or other degrading behavior from an instructor or other students based on skin color, beliefs, or ideas.

That incident shared a few similarities with the story told by the “community leader” — a class about economics and inequality, the use of the word “stupid,” a student leaving class and crying — but nobody reported any instances of name-calling, taunting, or demeaning remarks aimed at students, and no students reported being forced to apologize for being white.

Hawley Troxell ultimately found no evidence of any conduct that would violate Boise State’s policies on discrimination and harassment or “otherwise constitute serious mistreatment of a student.” The report also noted that no students raised specific concerns about being “indoctrinated” or “instructed on the tenets of ‘critical race theory.’”

In March, FIRE submitted a public records request to Boise State to find more information about the reason the classes were suspended.

Boise State suspended 55 classes — affecting about 1,300 students — based on an unsubstantiated secondhand report that a student was mistreated in one of them.

We asked for, among other things, all student complaints about any UF 200 class. Only three of those complaints preceded the university’s decision to stop classes. Two were grade disputes that involved no claims of bias, discrimination or demeaning remarks. The third was from a student who dropped a UF 200 class a year earlier because the student was uncomfortable being singled out during discussions about race and disability. However, the student said, “I know this professor did not do this maliciously, we were having conversations about race and intersectionality and I think they thought it was helpful and okay.” There were no other complaints about the courses before their suspension.

We also asked for copies of any documents “supporting the university’s statement” that it had been “made aware of a series of concerns” leading to the suspension of the classes. Those records did not contain anything from the “concerned community leader.”

One category of document requests remains outstanding. Boise State has not yet fulfilled our request for any communications with lawmakers concerning the alleged incident or the UF 200 courses generally. We suspect that those records might include the complaint from the “community leader” referenced in Hawley Troxell’s report, among other complaints from lawmakers.

The upshot of all of this is that Boise State suspended 55 classes — affecting about 1,300 students — based on an unsubstantiated secondhand report that a student was mistreated in one of them.

As mentioned above, despite finding no evidence to support this rumor, Hawley Troxell concluded the university’s suspension of classes was appropriate given the “serious nature of the allegations.” It’s hard to see how the firm came to this conclusion. Suspending 55 classes based on a single individual’s unsupported description of one incident in one class is simply not an appropriate, warranted, or proportional response.

I reported on a strange incident in which a “concerned community leader” alleged that he saw video of a student, in tears, being told to apologize for being white in a class.

But a law firm investigated and found something completely different:
https://t.co/EZxhYn3w7o

Boise State’s actions look less like a good-faith effort to prevent harassment or discrimination and more like an attempt to appease lawmakers, frustrated by their perception of what was being taught and discussed on campus, on the eve of an upcoming vote that would slash the university’s budget. Additionally, Boise State’s president claims lawmakers had been complaining to her about the UF 200 courses for months. She admits the complaints were never specific, let alone an indication that students were being harassed or mistreated. It seems much more likely that those complaints were about the subject matter of the courses or the “indoctrination” of students, another claim for which Hawley Troxell’s investigation found no evidence. (FIRE hopes to have a better picture of these complaints after Boise State fulfills the rest of our public records request.)

If the university’s actions were a gambit to save its budget, it didn’t work. The legislature ultimately voted to cut more funding from Boise State, to the tune of $1.5 million.

The political pressure on Boise State and other public universities in Idaho and elsewhere has been intense and shows no signs of stopping. Last month, the state’s lieutenant governor announced the formation of a task force “to examine indoctrination in Idaho education and to protect our young people from the scourge of critical race theory, socialism, communism, and Marxism,” with a goal of “excis[ing] them from our education system.” FIRE is concerned by the potential threat this task force poses to academic freedom and free speech on campus, and we are watching its work closely.

Boise State and other public universities’ obligations to protect against legislative imposition of a “pall of orthodoxy over the classroom” are non-negotiable. Cancelling classes as a bargaining chip or stunt to satisfy the political demands of lawmakers is a betrayal of those obligations.

Even after Boise State allowed the UF 200 classes to resume, students and faculty members in those classes continued to be deprived of the benefits of live instruction. As FIRE explained:

Troublingly, that change in format necessarily inhibits the ability of students and faculty to engage in discussion about the subject matter. For faculty, this also sends the chilling message that the mere act of discussing the subject matter is perceived as a risk of engendering harassment, discrimination, or other proscribed conduct. For students, it burdens their ability to learn from other students and faculty members — which should alarm even the courses’ critics, given that it frustrates the ability of students to engage in the exchange of divergent views.

Going forward, Boise State must resist pressure from lawmakers and the public to curtail students’ and faculty members’ expressive freedom.