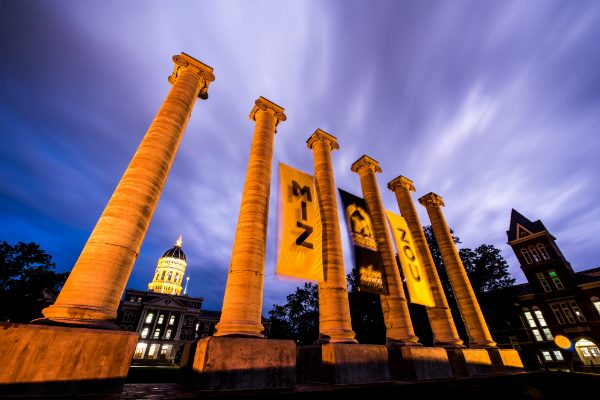 Earlier this month, the Kansas City Star reported that new University of Missouri students would be part of the pilot program for an app that records class attendance by tracking students’ locations.

Another company that uses school WiFi networks to monitor students’ movements told the Washington Post that it gathers data from 6,000 locations each day.

The app, called SpotterEDU, was developed by former Mizzou basketball coach Rick Carter and has been used by the university to track student-athlete attendance for four years. The program works by using beacons placed in classrooms that ping off students’ cell phones as they come and go. It can, however, “expand to cover any size of space accurately and precisely.” This kind of technology is not unique; another company that uses school WiFi networks to monitor students’ movements told the Washington Post that it gathers data from 6,000 locations each day.

In response to the announcement, the ACLU of Missouri expressed “deep privacy concerns” about the app. On Monday, Mizzou issued a statement attempting to alleviate these concerns, stating that “[n]o GPS tracking is enabled, meaning the technology cannot locate the students once they leave class.” The university also rebutted initial reports that students will have no option but to download the app and participate in the program if their professors have volunteered their class as part of the pilot: “If a student does not want to use the app to track their attendance, they will be required to check in with their professor through an alternate method, such as signing an attendance sheet. . . . In order for the technology to work, a student must elect to download the SpotterEDU app.”

According to SpotterEDU, the company is now working with over 30 schools. Late last year, the Washington Post spoke with students and faculty at several other universities, including Virginia Commonwealth University and Syracuse University, where SpotterEDU or similar attendance-tracking technology had already been implemented. At VCU, attendance is automatically logged for any student who is attached to the university’s WiFi network. Notably, this is one of the ways the University of Connecticut identified and charged two students for yelling racial slurs last year. Those students subsequently faced criminal charges in Connecticut state court.

FIRE remains concerned about the use of this kind of technology at Mizzou and on college campuses across the country.

Despite Mizzou’s efforts to appease those who have pointed out the privacy issues with SpotterEDU, FIRE remains concerned about the use of this kind of technology at Mizzou and on college campuses across the country. As the ACLU of Missouri told the Kansas City Star, any time this kind of technology is utilized to surveil students — even for a specific, narrow purpose — we are presented with the problem of “who is watching the watcher” to prevent misuse of the data this technology gathers. The ability of colleges and universities to track students through apps like SpotterEDU, or even simply through student use of campus WiFi, presents serious threats of misuse that have a chilling effect on student expressive activities on campus.

Presenting students with the option to opt out of participation in these kinds of programs does not eliminate the cause for concern. It is a near certainty that there will be students who do not pay attention to how much information they are providing their school until it is too late, presenting the opportunity for abuse of the data like we saw at UConn. Mizzou’s suggestion that students who do not wish to participate in the program can opt out and arrange with their professor to log attendance another way — such as by signing a physical attendance sheet — only undermines the university’s argument that the technology is worth the invasion of privacy because it aids administrators in supporting student success. The university’s admission of the viability of a traditional method of attendance-tracking methods concedes that surveilling students phone data is not necessary.

As administrators continue to implement this kind of attendance tracking and other surveillance technology on campus, FIRE will be watching closely for the effects it may have on free expression and due process rights.