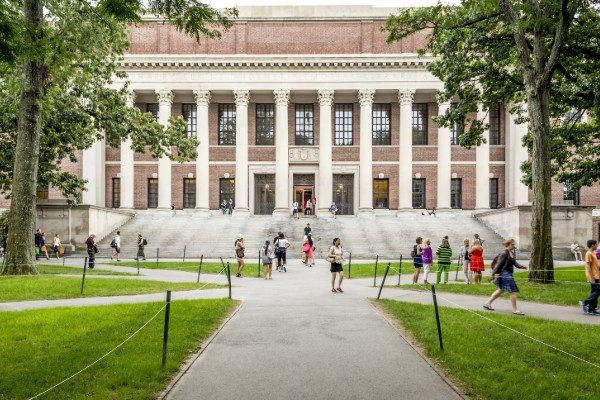 Last week, I wrote about Ismail Ajjawi, an incoming Harvard freshman who was denied entry to the United States despite possessing a valid visa. Ajjawi told The Harvard Crimson a border official searched his devices and then cancelled his visa after “she found people posting political points of view that oppose the US on [his] friend[s] list.”

The Crimson reported yesterday that Ajjawi made it to campus Monday and would not miss the beginning of classes today. Ajjawi’s family thanked their attorney, Harvard, and nonprofit AMIDEAST for their help, writing that they “truly appreciate the efforts of so many individuals and officials in Lebanon, Washington, Massachusetts and at Harvard that have made it possible for [their] son Ismail Ajjawi to begin his studies at Harvard with his class.”

In my 35 years of practicing immigration law, the successful case of Ismail Ajjawi is one of the most rewarding. https://t.co/F3B8c8s4Z2

FIRE is relieved to learn that Ajjawi is able to continue his academic career. But we remain concerned about the decision-making made by border officials in Ajjawi’s case, and the other students, scholars, and activists who have faced similar denials but whose cases fail to receive similar review and scrutiny.

Pictured in the middle is Ismail Ajjawi, the Palestinian @Harvard freshman who was denied entry to the US. He has safely arrived on campus today! pic.twitter.com/wf4xPjfBaL

Indeed, another incident requiring further scrutiny occurred late last week when nine current Arizona State University students from China were detained in Los Angeles International Airport and refused entry to the United States. ASU told AZCentral that “CBP has given ASU no information on what has transpired,” and ASU President Michael Crow said that “the situation seemed to be similar to the Harvard student [Ajjawi], which also involved customs officials looking at electronic devices.”

In our country, where we value due process and celebrate the different ways in which our government behaves from that of the arbitrary and capricious behavior of other nations, it is beyond my comprehension how the U.S. government could establish and implement policies that bring about the outcomes we are now witnessing.

Crow also added, “In each case, the students were in possession of all needed documentation to enter the U.S. yet they were refused entry at the airport, told they needed to return to China, that they needed to pay for their own airline ticket to do so or face a ban from re-entering the U.S. for five years.” FIRE will continue watching this story for updates.

As more hopeful visitors, like Ajjawi, Omar Bargouti, Hanan Ashrawi, and Kerem Schamberger, continue to allege viewpoint-based border restrictions, Americans should demand clarity on the justifications used to deny entry to international students and scholars and advocate for freedom of expression on U.S. campuses that isn’t limited by border officials’ subjective views on what speech is acceptable.