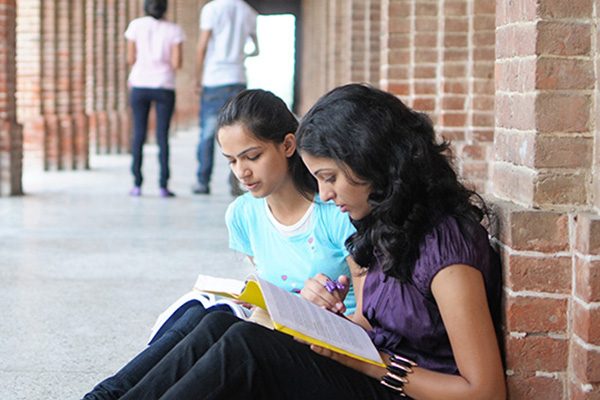 On our nation’s college campuses, sexual harassment is considered to be a form of sex discrimination that is prohibited by Title IX of the Education Amendments of 1972, a federal law that prohibits discrimination on the basis of sex in educational programs that receive federal funding. Because almost all colleges and universities receive funds through student loan programs or for research grants, virtually every college and university nationwide is required to follow it.

Thankfully, the Supreme Court of the United States has provided a clear standard for student-on-student harassment that simultaneously prohibits harassment and protects speech. In Davis v. Monroe County Board of Education, 526 U.S. 629, 633 (1999), the Court determined that sexual harassment in the educational context is targeted, discriminatory conduct

that is so severe, pervasive, and objectively offensive, and that so undermines and detracts from the victims’ educational experience, that the victim-students are effectively denied equal access to an institution’s resources and opportunities.

By definition, this includes only extreme and usually repetitive behavior — behavior so serious that it would prevent a reasonable student from receiving his or her education. (For example, in the Davis case itself, the conduct the Court found to be actionable harassment was a months-long pattern of conduct, including repeated attempts to touch the victim’s breasts and genitals and repeated sexually explicit comments directed at and about the victim.) Put simply, to be legally punishable as harassment, students or faculty must do far more than simply be rude or offensive.

The Department of Education’s Office for Civil Rights (OCR) enforces Title IX and other federal anti-discrimination laws. It seeks to ensure compliance with these laws by all “recipient institutions” — that is, educational programs that receive federal funding, including colleges and universities.

OCR has made clear in the past that compliance with its regulations and the federal statutes it enforces doesn’t require prohibiting free speech protected by the First Amendment. For example, in 2003, OCR issued a “Dear Colleague” letter to all university presidents on the subject of the First Amendment, in which the head of the agency stated:

The letter incentivized the removal of other critical elements of a fair procedure through two other provisions. It recommended that schools disallow parties from directly cross-examining each other. It also stated that if an institution’s procedures afforded an accused student an appeal, the institution must provide the accuser with the same right — effectively creating a form of double jeopardy (i.e., being tried for the same accusation twice).

On May 9, 2013, the Departments of Justice and Education also issued a findings letter in which it told the University of Montana that it must define sexual harassment as “any unwelcome conduct of a sexual nature,” including “verbal conduct.” OCR called this letter “a blueprint for colleges and universities throughout the country.” While this conflicted with the Davis standard, it sent an unmistakable signal to institutions nationwide that those who did not use this definition would face potential trouble from the agency. (OCR ultimately walked back this position, too, but not before many schools had already taken steps to comply with it.)

When OCR’s mandate of the lowest evidentiary standard was combined with its mandate of the broadest possible definition of sexual harassment, the risk to free speech on campus grew exponentially. And even though the worst of these requirements has been withdrawn, schools that made changes to their policies based on these documents have mostly retained them. As a result, the amount of protected expression schools have labeled unlawful discrimination and/or harassment under Title IX has been staggering: law school test questions about Brazilian waxes, an anti-Donald Trump art exhibit, teaching art theory in art school, teaching sexual assault law in law school — even writing an essay or book critical of Title IX itself.

And studies released by FIRE have found that college policies fail to guarantee even the most basic elements of a fair hearing. Indeed, since the 2011 “Dear Colleague” letter was issued, students have filed nearly hundreds of lawsuits against colleges for allegedly conducting unfair disciplinary procedures.

On September 22, 2017, the Department of Education’s Office for Civil Rights rescinded  the April 4, 2011, “Dear Colleague” letter (and an accompanying 2014 guidance document). The Department of Education has proposed new rules that would mandate that schools adopt a definition of sexual harassment that tracks the Supreme Court’s definition set forth in Davis. These rules would define sexual harassment as “[u]nwelcome conduct on the basis of sex that is so severe, pervasive, and objectively offensive that it effectively denies a person equal access to the recipient’s education program or activity.”

If enacted, these rules would bring much-needed clarity to schools struggling to prohibit conduct that interferes with students’ access to education while respecting students’ rights to freedom of expression.

FIRE continually monitors sexual harassment/free speech issues and intervenes when student or faculty rights are jeopardized. Contact us with questions at fire@thefire.org.

FOR MORE ON SEXUAL HARASSMENT

“[A]ny Title IX charge that’s filed has to be investigated, which effectively empowers anyone on campus to individually decide, and expand, what Title IX covers. Anyone with a grudge, a political agenda, or a desire for attention can quite easily leverage the system. And there are a lot of grudges these days.”

“In the period since the Obama administration first brought sexual assault to the foreground of Title IX enforcement, the courts’ and the public’s views have developed to crystallize around the idea that Title IX protects the fair treatment of accusers and accused, women and men.”

“There are many other reasons for concern about the current moment of overreach. Chief among them: Women’s quest for sexual autonomy is undercut by protectionist images of our sexuality, mandatory reporter requirements, and the newly robust obligation of schools to pursue sexual harassment claims even when the alleged victims don’t want them to.”

“Preventing harassment does not require unnecessarily restricting free speech. In fact, harassment is less likely to occur in schools where ideas can be freely and respectfully exchanged.”