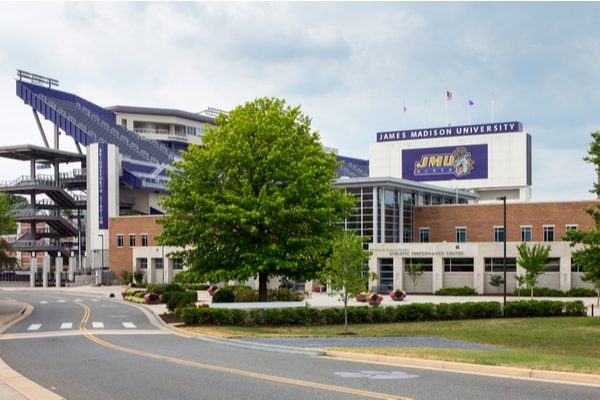 After failing to heed several warnings from FIRE about new speech codes, James Madison University—which FIRE at one point named one of the seven best colleges for free speech—has lost its “green light” rating. This is particularly disappointing news given how hard a dedicated group of JMU students worked to bring about speech code reform and how proud those students were of their university’s green light rating.

JMU first earned a green light in the fall of 2011 after nearly two years of behind-the-scenes work by FIRE and members of the Madison Liberty student group. Unfortunately, by the fall of 2012, one new speech code—a wholly undefined ban on “bullying”—cast doubt on that rating. In October 2012, FIRE wrote to JMU President Jonathan Alger to express our concerns over that policy and our hopes that the university would act quickly to reform it.

Unfortunately, that reform did not happen, and by November 2013, several more speech codes—including a 48-hour pre-registration requirement for student demonstrations and a requirement that student groups obtain administrative approval before surveying or petitioning students—called JMU’s rating into further question. When FIRE wrote to JMU for the second time in November 2013, the university’s general counsel responded reassuringly that the university would review its policies and would “fully comply” with its legal obligation to protect free speech.

By April 2014, however, JMU had not revised any of the policies at issue, and FIRE wrote to President Alger one final time, urging the university to make the necessary reforms. We cautioned JMU that if the policies were still in place when had to finalize our 2013–2014 ratings for our upcoming speech code report, we would have to reconsider the university’s rating at that time.

That time is now, and we have reconsidered.

While JMU’s restrictions on speech do not constitute the kind of clear and substantial restrictions that would merit a “red light” rating, they do threaten and, to some extent, even prohibit constitutionally protected speech. For example, the term “bullying”—left wholly undefined by JMU—could prohibit a wide variety of offensive but protected speech. And the university’s “Right of Expression” policy, which requires students to register any speeches or demonstrations at least 48 hours in advance, impermissibly interferes with students’ ability to hold a spontaneous demonstration in response to unfolding events. Because of these and several other policies that threaten free speech on campus, JMU now earns a yellow light rating from FIRE. (For a full accounting of JMU’s speech-related policies, view the university’s entry in our Spotlight database.)