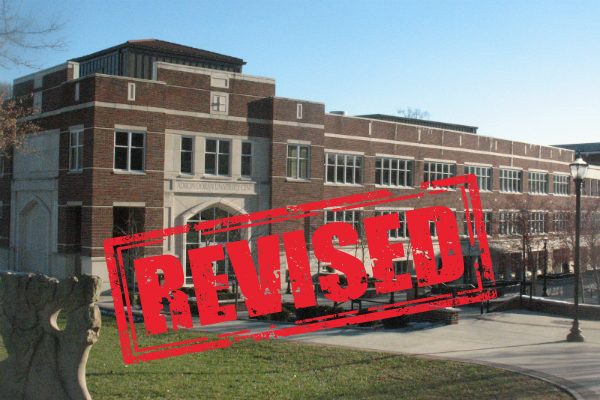 Does hanging up one suggestive poster constitute harassment? Most likely not, but it might at Morehead State University, where the “Sexual Misconduct” policy is so broad it bans displaying “sexually suggestive objects or pictures, cartoons or posters.” The policy is FIRE’s Speech Code of the Month for January.

When speech is a part of harassment, it isn’t constitutionally protected. But just because expression is sexual in nature, that doesn’t mean it constitutes harassment. When policies hold out examples of speech as being harassment on their own, it’s a problem.

Morehead State’s policy defines sexual harassment, then proceeds to provide examples that render the policy troublingly broad. It states: “Examples of sexual harassment include (but are not limited to)” things like “making sexual gestures,” using “degrading words,” and displaying “suggestive … posters.” Again, these sorts of individual examples could be a part of a larger pattern of conduct that does meet the legal standard for harassment, but standing alone, they’re protected speech. Due to this list of overbroad examples, Morehead State’s policy earns FIRE’s worst, “red light” rating.

When I was in college, it seemed like half of the dorm rooms on campus had a particular Pink Floyd poster on display, which showed several naked women with the band’s album covers painted on their backs (and backsides). It wasn’t a unique poster choice, but displaying it is generally constitutionally protected. Under Morehead State’s policy, however, this could be seen as “sexually suggestive” and would be punishable as sexual harassment.

Sure, administrators at Morehead State likely aren’t charging every student who hangs a somewhat risqué poster with harassment, but a policy like this presents two concerns.

First, policies that are written as broadly as this one invite uneven and abusive application. The Pink Floyd poster may not draw the ire of an administrator, but what if a student puts up a subjectively suggestive poster that expresses a particularly controversial political opinion, and then a Snapchat image of that poster goes viral? In those sorts of situations, administrators may be tempted to dig up this broad policy and apply it to punish that student, especially if an online mob is demanding action.

We’ve seen similar scenarios play out time and again here at FIRE. In 2018, for example, Rutgers University found a professor guilty of violating the school’s harassment policy because he wrote Facebook posts that were critical of white gentrification in Harlem, after the posts sparked an online outrage mob. The school eventually reversed its decision, after the university president ordered reevaluation of the initial ruling when FIRE stepped in.

Second, policies that are written this broadly may cause confusion and chill protected speech. Not everyone is aware that the vast majority of expression is protected by the First Amendment. After all, many people think “hate speech” is a categorical exception to the First Amendment (it isn’t), or that saying you can’t yell “fire” in a crowded theater is an accurate and useful point (it isn’t). If students conclude from this policy that sexual harassment includes putting up suggestive posters, they may think that sort of expression is punishable. In order to avoid punishment, students may shy away from anything potentially controversial, ultimately preventing the campus from becoming the marketplace of ideas it should serve as.

Instead, Morehead State’s policy should tie any listed examples directly back to its governing definition of harassment. By simply adjusting the policy to say that an individual example like suggestive posters has to be a part of a pattern of conduct that constitutes harassment as legally defined to be punishable, the problem would be solved: Administrators wouldn’t be able to punish a single example like that on its own per the text of the policy, and the way the examples are presented would be less confusing for students and, therefore, less likely to have a chilling effect on speech.

As a public university, Morehead State must take these steps to bring its policy into First Amendment compliance.