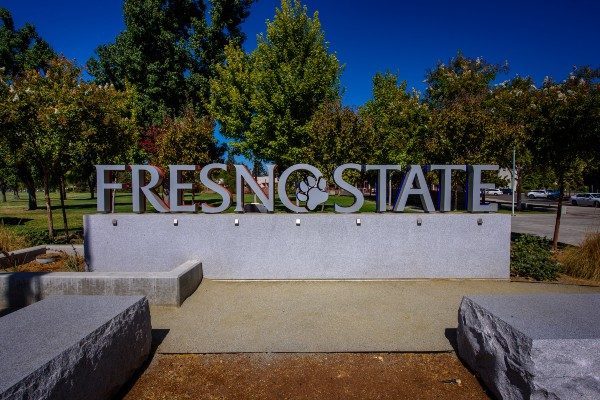 Over the past month of protests following the murder of George Floyd, many colleges and universities have been grappling with reports that current or admitted students have engaged in racially offensive speech. As other students and members of the public demand punishment, they have turned to colleges’ policies in order to see whether they prohibit racist or inflammatory speech.

At public colleges, as well as private ones that promise free speech rights, expression cannot be sanctioned on the sole basis that it is racially offensive. In spite of this, far too many colleges do have policies on the books that prohibit racist speech, racial slurs, or racially offensive speech.

California State University, Fresno, for example, bans the use of its information technology resources for sending messages that may constitute “offensive material based on … race.” Its “Acceptable Use Policy of Information Technology Resources” is FIRE’s Speech Code of the Month for July.

However, the Supreme Court has affirmed time and time again that speech may not be limited by the government (including public universities) merely because it is hateful or offensive, even on the basis of a protected class. Quoting Justice Oliver Wendell Holmes Jr.’s dissenting opinion in United States v. Schwimmer (1929), Justice Samuel Alito wrote nearly a century later in Matal v. Tam (2017):

The Government has an interest in preventing speech expressing ideas that offend. And, as we have explained, that idea strikes at the heart of the First Amendment. Speech that demeans on the basis of race, ethnicity, gender, religion, age, disability, or any other similar ground is hateful; but the proudest boast of our free speech jurisprudence is that we protect the freedom to express “the thought that we hate.”

That’s not to say all speech that is racially offensive or hateful is necessarily protected — where speech is a part of conduct that constitutes discriminatory harassment, or meets the standard for one of the narrowly defined exceptions to the First Amendment like a “true threat,” a public school may (and is often legally obligated to) take action.

But by flat-out banning the use of IT resources to send messages that are subjectively offensive on the basis of race, Fresno State’s policy includes a great deal of protected speech.

Indeed, such a broad ban even encompasses speech intended to criticize racism. Under Fresno State’s policy, any email about race — including ones about the Black Lives Matter movement and other protests — could be deemed subjectively offensive and sanctioned.

Over the years, FIRE has seen numerous cases where speech intended to draw attention to issues of race and the nation’s history with racism have been met with censorship, on the basis that it has offended others.

Take the example from a few years back at Winthrop University. Winthrop’s Tillman Hall is named for Benjamin Tillman, who served as South Carolina’s governor from 1890-1894, and as a U.S. senator for over 20 years after that. During his time as governor, the state saw a dramatic increase in lynchings, and during his decades in the senate, he continued to advocate for lynchings and for the overall disenfranchisement of Black Americans, cementing his legacy as a virulent white supremacist.

In 2016, a months-long debate waged at Winthrop over changing the name of Tillman Hall. In order to contribute to the dialogue, a group of students set up an art installation of figures — made of nylon stockings stuffed with dirt, spray-painted black, and shaped like bodies — hanging in the trees outside the building, along with a sign that said “Tillman’s Legacy.” After the university police discovered the installation, the student spokesperson for the group was charged under Winthrop’s “disruption” and “disorderly conduct” policies, and was told she could face suspension or expulsion.

FIRE wrote to the university, and the student was eventually found not responsible for violating the two speech codes. (As an update, Tillman Hall appears to retain its name at Winthrop, but the trustees at Clemson University recently requested permission from the state legislature to rename its own Tillman Hall, following renewed student protests over the past month.)

By fixing this policy now, Fresno State will be in a much better position to navigate questions about controversial speech that involve race in the future.

A university may certainly speak out against racist speech, using its own voice to explain that the views espoused by a particular student do not align with the school’s values. And universities can provide resources for students impacted by racism on their campuses. But banning all racially offensive messages in the way that Fresno State does is not permissible under the First Amendment. Instead, Fresno State must revise this provision so it targets only discriminatory harassment and other unprotected speech, rather than any subjectively offensive message about race.

Fresno State is no stranger to similar free speech controversies. In 2018, the university was forced to drop an impermissible investigation of a professor regarding her Twitter comments about the death of former First Lady Barbara Bush, after FIRE and a coalition of civil liberties organizations publicly warned the school that investigating the professor would be an attack on her free speech and academic freedom rights.

So what happens if the next free speech controversy involves race? By fixing this policy now, Fresno State will be in a much better position to navigate questions about controversial speech that involve race in the future.