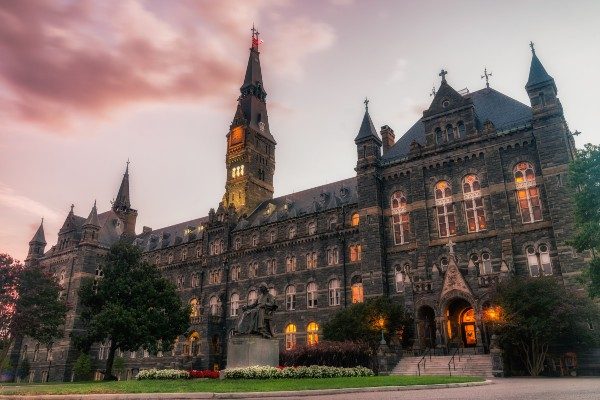 Under the First Amendment, speech can’t be limited just because someone thinks it lacks civility. Otherwise, any fiery debate or impassioned protest could be shut down on the basis that it is incivil or disrespectful to someone — and in debates and protests, incivility is often intended.

As one federal judge put it, banning incivil speech prohibits the kind of communication that is necessary “to convey the full emotional power with which a speaker embraces her ideas or the intensity and richness of the feelings that attach her to her cause.” And whether or not you agree with that premise, civility is an entirely subjective concept that would be impossible to enforce.

In spite of this, plenty of public colleges that are bound by the First Amendment, as well as private ones that promise free speech rights, require their students to conform their expression to some mysterious standard of civility and respect.

Georgetown University, for example, bans “[i]ncivility” in its Code of Student Conduct, and defines the term as “[e]ngaging in behavior, either through language or actions, which disrespects another individual.” Because this policy gives Georgetown license to limit just about any speech it wants, it is FIRE’s Speech Code of the Month for June.

As of last week, Georgetown hadn’t announced whether students will be returning to campus next fall or continuing with online learning. Regardless, this sort of civility policy could apply whether a student is speaking to another student in person or online.

What if a Georgetown student posts something on an online classroom discussion board about the Black Lives Matter movement that another student finds incivil? Or what if a student tweets criticism of the university itself that could be seen as disrespectful in tone? The administration need only point to this policy as justification for censoring speech.

Once students do get back to campus, any expressive activity or protest could be deemed to include incivil or disrespectful speech and shut down.

Instead of relying on subjective terms like “[i]ncivility” and “disrespect,” Georgetown should ban behavior that substantially disrupts the community (like placing a decibel limit on music during dorm quiet hours) or that unreasonably interferes with an individual’s access to education (like banning hostile environment harassment).

Though Georgetown is a private university, it states in its Policy on Speech and Expression that it “provide[s] all members of the University community, including faculty, students, and staff, the broadest possible latitude to speak, write, listen, challenge, and learn.”

In that policy, which heavily borrows from the Chicago Statement — a model policy statement on free expression adopted at dozens of institutions — the university provides the following commitment:

[C]oncerns about civility and mutual respect can never be used as a justification for closing off the discussion of ideas, no matter how offensive or disagreeable those ideas may be to some members of our community.