FIRE > Newsdesk > Top Story > Kansas is making it easier to remove tenured faculty. What does that mean for academic freedom? 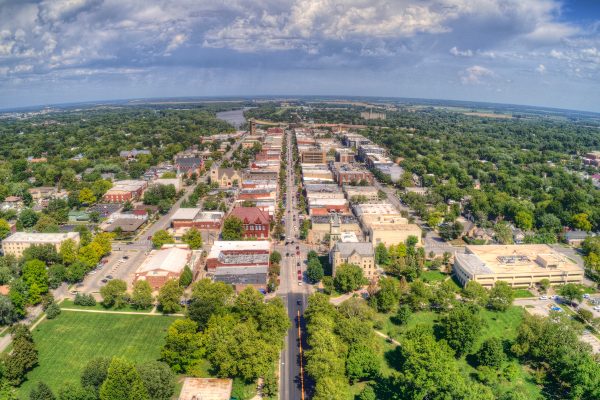 Recently, the Kansas Reflector reported on the Kansas Board of Regents’ endorsement of a policy that, for the next two years, would “mak[e] it easier for state universities to suspend, dismiss or terminate employees, including tenured faculty members, without initiating the process of formally declaring a financial emergency.”

The reasons why such a policy would be attractive to a public university system are understandable. Thanks to the COVID-19 pandemic keeping many students away from campus, many universities are experiencing enormous revenue shortfalls. (The University of Kansas, one of the six public universities under the Board’s jurisdiction, projects a shortfall of $74.6 million for the 2022 fiscal year.) Public finances have been shredded as well, putting additional pressure on public universities and higher education systems. As the Reflector notes, Kansas governor Laura Kelly has sought or effected the elimination of more than $60 million in state appropriations for higher education.

Under the Board’s prior policy, which the new policy supersedes until the end of 2022, layoffs of tenured faculty could not be initiated without first going through the process of formally declaring the university to be in a state of financial exigency. This is consistent with best practices recommended by the American Association of University Professors. The AAUP’s Recommended Institutional Regulations on Academic Freedom and Tenure state that termination of tenured faculty appointments “may occur under extraordinary circumstances because of a demonstrably bona fide financial exigency, i.e., a severe financial crisis that fundamen­tally compromises the academic integrity of the institution as a whole and that cannot be alleviated by less drastic means.” Ideally, in the AAUP’s framework, faculty also play an important role in the process of deciding when such a financial emergency exists.

The new Kansas Board of Regents policy (a version of which is embedded in this article in the Lawrence Journal-World) eliminates the need for institutions to do this, drastically shortening the process administrators must follow to terminate tenured faculty. Faculty can be informed of forthcoming changes to their employment status as few as 30 days in advance. (AAUP guidelines recommend a year’s notice on this score.)

To be clear, the Board isn’t mandating that the institutions under its governance employ such a policy. Rather, it gives them the option to do so as a way of cost-saving. Even so, the change is drastic. Inside Higher Ed describes the new process as follows (with emphasis added):

Universities must give affected employees 30 days’ notice or more of the suspension, dismissal or termination, “including the reasons for the action,” the policy says. These employees have 30 days to appeal, not through their normal campus grievance channels but through the regents’ Office of Administrative Hearings. The only grounds for such an appeal are that the suspension or termination is “substantially inconsistent” with the university’s board-approved framework, the result of unlawful bias or discrimination, or that it was “otherwise unreasonable, arbitrary or capricious.”

The burden of proof in any appeal “shall be on the employee,” the new policy states. “There shall be no right of discovery. The review shall be based on the written submissions, and the hearing shall allow oral presentation to the administrative hearing officer by the employee and the university, each of whom may be represented by counsel.”

Decisions of the administrative hearing officer are final.

Inside Higher Ed also notes the suddenness with which the policy change was revealed, writing that faculty leaders at the various institutions were given just one day’s notice before the proposal was discussed and unanimously adopted by the Board on January 20.

“[T]his move from the Kansas Board of Regents comes as the AAUP is investigating what it calls a ‘crisis in academic governance’ brought on by the COVID-19 pandemic, focusing on multiple institutions that departed from their standard procedures to terminate tenured faculty.”

There are lots of reasons for faculty not to like this policy change. Practically overnight, the Board has thrown out the usual termination process and notice requirements, and put itself in charge of the appeals process. What’s more, the burden of proof is not on the institution to demonstrate that a professor should be terminated, but on the professor to prove that they shouldn’t — an inversion of a fundamental principle of due process. And while academic freedom isn’t a direct concern of the new policy, it’s most certainly implicated: In making it easier to terminate faculty members, the Kansas Board of Regents is inevitably making it easier for institutions to wrongly dismiss professors in violation of their academic freedom rights. (If you want to see just how far some institutions will go to fire a tenured professor even when the state isn’t clearing a runway for them to do so, just read Adam Goldstein’s excellent dissection of the University of Central Florida’s thoroughly dishonest campaign against professor Charles Negy.)

FIRE has written before of our concern with policies that can make it easier to dismiss tenured faculty, and the implications such policies can have for academic freedom. When the Wisconsin legislature passed a motion that — similar to the one recently adopted in Kansas — made it easier for institutions to remove tenured faculty for budgetary reasons, FIRE was among the organizations warning about the potential effects of the plan. As I wrote in 2015 of the Wisconsin legislative proposal:

If passed into law, the proposal would make it far easier to remove tenured faculty. Terminating such faculty would no longer be solely a last resort to be taken only when finances are tapped or in response to serious academic misconduct or criminal activity. Instead, the Board of Regents could simply cite a vague desire for a program’s “redirection” or “modification”—whatever that may mean in practice—to justify firing an outspoken, dissenting, or simply inconvenient faculty member. The threat to academic freedom is obvious.

Further, this move from the Kansas Board of Regents comes as the AAUP is investigating what it calls a “crisis in academic governance” brought on by the COVID-19 pandemic, focusing on multiple institutions that departed from their standard procedures to terminate tenured faculty. As the AAUP’s investigation into several institutions indicates, the pressures universities are under are widespread, and it’s all too easy for universities to say that the circumstances demand the usual playbook be thrown out and the faculty governance role discarded. In a similar vein, when writing about the wrongful reprimand of a professor at Juniata College for criticizing his institution’s COVID-19 protocols, I opined that “[h]ow universities are to adapt to COVID-19 and what the faculty role is to be in setting and executing such protocols is likely the preeminent governance issue in academia.”

There’s yet another reason to be concerned with the new policy from the Kansas Board of Regents: We’ve been down this road with them before. Remember that after the controversy in 2013 that followed journalism professor David Guth’s suspension for posting a tweet condemning the National Rifle Association after a mass shooting in Washington, D.C., the Board responded by promulgating a new social media policy that allowed institutions to punish faculty for speech that “impairs … harmony among co-workers.”

This isn’t to call the Board an activist group bent on bringing the faculty to heel, or to say that they aren’t worried about the possibility that this new policy could have a chilling effect. The Kansas Reflector quotes Board member Jon Rolph saying that “[p]rotecting against witch hunts and things like that, or feeling that is happening, is important” in noting that he and the other members want to ensure that the new policy isn’t used to target and weed out professors.

It remains to be seen what kind of a difference this new policy will make for Kansas faculty, or if the state’s universities will take advantage of the opportunity. According to Inside Higher Ed, Kansas State University does not plan to take advantage of this newfound flexibility. On the other hand, the University of Kansas may explore doing so. However the implementation of the policy takes shape, FIRE will be paying close attention. In crucibles like the Great Recession and now that brought on by COVID-19, it’s too often the case that such crises result in the administration’s hand being strengthened at the expense of the faculty’s. That the Kansas Board of Regents has given this tendency the force of policy, even temporarily, is cause to be nervous.