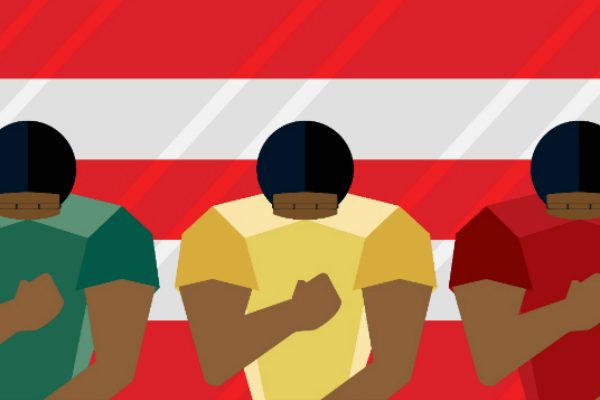 A former Kennesaw State University cheerleader recently secured a $145,000 settlement after KSU tried to prevent her from protesting during the national anthem. This large sum reflects the high cost universities pay for violating student-athlete expressive rights.

Several KSU cheerleaders started their protest on Sept. 30, 2017, at the second home game of KSU’s football season. Their decision to take a knee during the national anthem reverberated throughout the highest levels of the KSU administration and the Georgia state government. Within days, then-state Rep. Earl Ehrhart pressured then-KSU president Samuel Scott Olens to stop the cheerleaders’ protest. According to text messages between Ehrhart and Cobb County Sheriff Neil Warren, these two individuals successfully convinced Olens to delay the entrance of the cheerleaders onto the field until the national anthem was over for the next home game in October — a decision Olens claims had nothing to do with the protests.

Student protests in support of the “Kennesaw 5” ensued throughout October 2017, as the cheerleaders continued to kneel in the out-of-sight tunnel of KSU’s stadium during the national anthem.

The following month, in the wake of public revelations about how Olens caved to political pressure, Olens relented, allowing the cheerleaders to protest on the field. He resigned that December.

On Sept. 5, 2018, one of the cheerleaders filed suit over Olens’s initial denial of her expressive rights — the lawsuit finally settled in October of this year for $145,000.

Many lessons can be learned from this incident. For one, universities should have a plan in place before student-athletes start protesting. FIRE’s Statement on College Student-Athletes’ Free Speech Rights is a good place for administrators to start. It covers compelled political and religious speech, whistleblowing, privacy, and other common predicaments colleges face when navigating this issue. Following this statement will help universities protect the free speech right of their student-athletes while ensuring the smooth functioning of their athletic programs.

The KSU cheerleader’s settlement should give universities at least 145,000 additional reasons to choose the higher path of upholding, rather than stifling, the rights of their student-athletes.