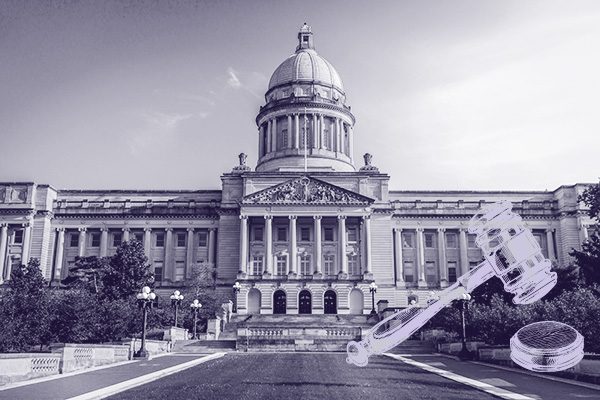 FRANKFORT, Ky., April 8, 2022 — Today, Kentucky Gov. Andy Beshear signed into law HB 290, which provides crucial procedural protections to students at public colleges and universities who are accused of violating an institution’s student code of conduct and face suspension or expulsion. The bill, known as the Kentucky Campus Due Process Protection Act, received bipartisan support in the Kentucky General Assembly and from all state chapters of Kentucky’s Federation of College Republicans and College Democrats, as well as both of their statewide organizations.

“With this new law, students at Kentucky’s public colleges will now enjoy the due process protections every student across the country deserves,” said FIRE Legislative and Policy Director Joe Cohn. “Today, Kentucky’s law becomes the gold standard for students and lawmakers seeking to protect the procedural rights of all students.”

The procedural protections guaranteed by the bill include:

“Students work too hard to earn their college degrees for their education to be on the line in campus proceedings that are rigged against them,” said Rep. Kim Banta, who introduced the bill in the House of Representatives. “Today, with bipartisan support and the efforts of groups like FIRE, the Kentucky Student Rights Coalition, College Democrats, College Republicans, and other key stakeholders, Kentucky guarantees that students will only be punished after the conclusion of fundamentally fair proceedings.”

The Kentucky Campus Due Process Protection Act also includes a cause of action allowing students to sue in state courts for violations of the act. If a university is found to have violated the bill’s provisions, the student will be entitled to damages from the institution, including attorneys’ fees and court costs.

The bill’s enactment comes after years of advocacy by FIRE, students, student organizations, and lawmakers. FIRE stands ready to assist the state’s colleges and universities as they amend their policies and procedures to reflect the new law’s requirements. As always, FIRE offers guidance free of charge to institutions and taxpayers, in accordance with our charitable mission.

FIRE thanks Gov. Beshear, Rep. Kim Banta, Sen. Ralph Alvarado, and Sen. Whitney Westerfield for their efforts in championing this critical piece of legislation. FIRE also thanks former intern and University of Kentucky student Michael Frazier. As the founder and director of the​​ Kentucky Student Rights Coalition, Michael worked tirelessly toward the law’s enactment today.