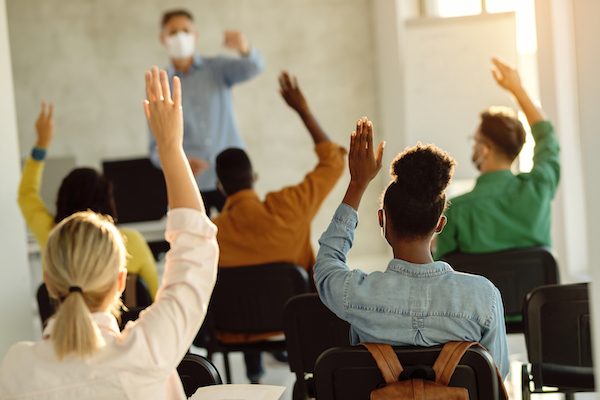 “We are not adopting the Chicago Statement in spite of our religious identity, but because of it.”

That is what Martin Dotterweich told FIRE when we discussed King University’s recent adoption of the Chicago Statement on freedom of expression this spring.

King University is a small, Presbyterian-affiliated Christian liberal arts institution located in Bristol, Tennessee. But with its recent adoption of a free speech statement, this tiny institution has become a standout university, especially among its religiously-affiliated peers.

King is the first institution in the Council for Christian Colleges & Universities higher education association — whose membership boasts over 150 institutions — to take this step.

There is great need for leadership on freedom of expression among universities, but especially religious institutions.

Although other religious institutions such as Georgetown University and St. Mary’s University have adopted their own versions of the Chicago Statement, King’s statement stands apart because it reflects the university’s unique history and attributes its innate draw to scholarly debate and discussion to the school’s rigorous commitment to truth seeking.

In conversation, Martin — a faculty member and chair of the committee that drafted the statement — and the university’s president, Alexander “Whit” Whitaker, spoke passionately about the university’s robust commitment to free expression. This mission is embodied in the school’s exemplary “Statement on Freedom of Speech at King University,” which was enthusiastically endorsed by the president and unanimously adopted by the faculty and board of trustees in February 2022.

‘A place of the Christian Mind’

The impetus for adopting this type of statement goes back to President Whitaker’s inauguration speech in 2017.  When discussing King’s reputation among faculty, students, and alumni as a “place of the mind,” Whitaker reflected:

Being in a place of the mind . . . requires discourse and the exchange of ideas with others, and that vulnerability yields civility and respect, including and especially toward those with whom we disagree. I would suggest that it also produces humility and humor— as we learn to laugh at ourselves and our shortcomings. It invites and embraces true diversity. It builds a vibrant community. It encourages inquisitiveness, experimentation, risk-taking, and solving problems together. It forces us to see what we have in common with others.

This early sentence from King’s statement affirms a sentiment so many religious institutions shy away from in official proclamations and policies, squarely rejecting the idea that a school’s religious mission and its commitment to unfettered freedom of expression must be in conflict.

The thoughtful and precisely articulated statement is an ode to the highest ideals of free expression with the goal of learning from others, discovering new ideas, and finding truth.

“[O]ur Presbyterian heritage encourages us to gather and speak freely,” the statement explains, which is a faith tradition that “stresses that individuals thinking and discussing together will arrive at better results than when speech is constrained or fettered.”

With this, the school sends a message to the university community that King is a place where ideas will be debated and discussed, not censored or silenced. By endorsing free expression publicly in no uncertain terms, the university can avoid the pit-falls of institutions that have wavered on freedom of speech when controversy hits.

Instead of closing off debate, King’s statement models a path toward discussion about difficult and fraught topics with humility and grace.

With this, the school sends a message to the university community that King is a place where ideas will be debated and discussed, not censored or silenced.

“We pursue truth doggedly” the statement affirms, but it also urges community members to “speak with each other openly and lovingly, and welcome those who express opposing viewpoints.” This is precisely the type of approach FIRE advocates for in our first-year orientation programming, which features lessons about “Talking Across Differences,” aimed at educating students about their rights and how to use them in a responsible manner.

As with all statements that qualify as a Chicago Statement adoption, according to our standards, the “Statement on Freedom of Speech at King University” enumerates limited exceptions to the general rule of freedom of expression on campus, including “Speech that deliberately falsifies, defames others, or undermines the community of free inquiry at King.”

While introducing limited exceptions, King remains mindful that “certain prudential considerations may limit the freedom of speech in limited cases,” but immediately makes clear that those limited cases are rare, and the university intends to broadly protect the freedom to speak.

“Standing with the Chicago Statement” it continues, “we may ‘restrict expression that violates the law, that falsely defames a specific individual, that constitutes a genuine threat or harassment, that unjustifiably invades substantial privacy or confidentiality interests, or that is otherwise directly incompatible with the functioning of the University.” Directly quoting from the Chicago Statement itself solidifies the commitment to robust freedom of expression on King University’s campus.

Further, in order to limit substantial disruptions on campus, the statement notes that King retains the right to place reasonable restrictions on expressive activities, as permissible under First Amendment standards. The statement clarifies: “the University may reasonably regulate the time, place, and manner of expression to ensure that it does not disrupt its ordinary activities.”

A model for religious institutions

“If you have a strongly held belief, you should not be afraid to have it challenged” President Whitaker said in an interview with FIRE. That statement embodies King’s approach to faith and learning, as expressed in the university’s commitment.

Seeking truth is not only part of the university’s higher educational mission, but it is also inevitably tied to its faith tradition. As the statement articulates:

Those called to follow Christ do so with minds open to the truth wherever it may be found, irrespective of how it may seem to challenge them, and thus freedom of speech is vital to our endeavors as a Christian institution. Indeed, King holds that a faith that is at once confident and humble does not shy away from challenges to its very core.

As campuses across the country face challenges to free expression, FIRE sincerely hopes they will recommit to free expression and urge students and faculty to engage in free debate, no matter how “unwelcome, disagreeable, or even deeply offensive” their ideas and opinions may be.

There is great need for leadership on freedom of expression among universities, but especially religious institutions. And King University may just fit the bill.

Want to encourage your university to commit to expression and adopt the Chicago Statement?  Whether you are a student, faculty member, or administrator, we have expert advice, strategy, and the tools to get your advocacy started. Contact FIRE today to get started.