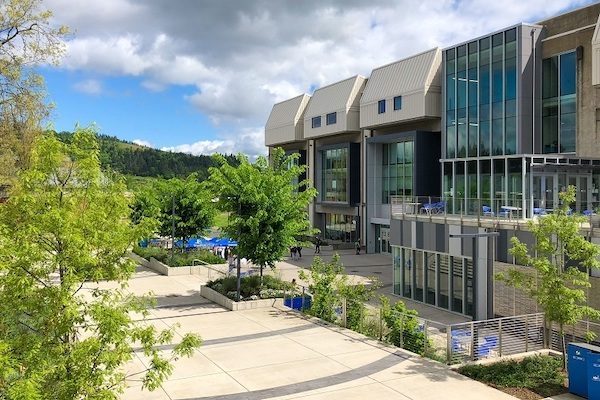 It was only about 18 months ago when, sitting at my desk, I was shocked to learn that leaders at Central Washington University had been caught on video brainstorming how they might retaliate against the student newspaper for its critical content. The thing about working as a free speech advocate is, if something that shocks you happens once, it will probably happen again.

This time, in what feels like déjà vu, leaders at Oregon’s Lane Community College — a public institution bound by the First Amendment — recently took to a series of recorded meetings to slash the funding of student newspaper The Torch because the paper’s content is too “drama[tic.]” FIRE wrote to Lane’s Board of Education, reminding it that First Amendment jurisprudence explicitly bans “reducing [a] paper’s funding . . . because it disapproves of the content of the paper.”

At Lane, an elected group of students called the Student Activity Fee Committee is tasked with determining how much, per student, each student organization will receive in student activities fees allocations for the following year. The Torch has traditionally received $2.90 per student.

But, for the 2021-22 school year, The Torch was singled out for a budget reduction. It now must get by on $2.70 per student because some committee members didn’t agree with its content.

To put things in perspective, Lane usually has around 26,000 students, so a 20 cent fee reduction means The Torch’s budget has been slashed by more than $5,000.

One man’s drama is another man’s stalwart reporting

The Torch’s funding first came up during the committee’s March 19 meeting, during which one committee member called out the publication for not having serious enough content. “Unfortunately,” committee member Shana Weiland said, “I only see The Torch at student government functions or Council of Clubs functions when there is drama to be reported.”

At FIRE, we constantly hear these kinds of criticisms of student newspapers from college and university officials. Most of the time, leaders use words like “drama” and “misinformation” as dog whistles for “critical” or “damning.” Such was the case at Central Washington University in 2019. There, student newspaper The Observer was criticized by officials as “willfully providing misinformation.” What was meant by that? The newspaper had criticized university administrators for censorial practices, such as requiring student reporters to submit interview questions for pre-approval before being allowed to interview university employees.

As we explained in our letter to Lane, the content of student publications — whether serious or sarcastic, gossipy or factual, critical or cheerful — is legally at the sole discretion of the publications’ student editors.

At Lane, The Torch is an award-winning student newspaper, with accolades including various awards in this year’s Collegiate Awards Ceremony sponsored by the Oregon Newspaper Publishers Association and the Oregon Newspapers Foundation, first place in general excellence in 2019, and the sought-after Best of Show award from the American Collegiate Press in 2015. The publication regularly reports on issues such as how the COVID-19 pandemic has affected campus, college finances, and local news.

And yet, the committee criticized the newspaper for only “reporting on what’s saucy and exciting for the people who need that in their lives.”

After other committee members remarked that The Torch’s coverage was “something to consider,” the entire committee voted to reduce the publication’s student fee allocation from its traditional $2.90 per student to $2.60 per student. The committee’s advisor noted at a later meeting that The Torch was the only student organization that had debt or a budget deficit and had its allocation cut.

‘I feel like we … got the procedure wrong here’

“[A]t one point,” Leader said, “there was discussion of the merit of the press, and when it’s hard-hitting factual journalism as opposed to a little bit more sensationalized, and that maybe was doing an evaluation based on our own perceived idea of what the press is and should be.”

The committee, she pointed out, is charged not with determining the subjective value of each student organization, but instead is charged with evaluating the financial needs of each organization against things like participation rates. She went on to argue that the committee had “got[ten] the procedure wrong here.”

The committee voted again, this time landing on a $2.70 per student allocation — better than the previous 30 cent reduction, but still a reduction of 20 cents per student. In the aggregate, that allocation means a significant, penalizing cut to the newspaper’s budget.

On May 19, the Lane Board of Education voted to accept the Student Activity Fee Committee’s recommendation, therefore finalizing The Torch’s fee reduction, all because some committee members did not appreciate the publication’s content.

The right to free press, even if the press is wrong

Putting aside the fact that all the evidence points to The Torch being a serious journalistic publication, from a legal perspective, this doesn’t matter. As we explained in our letter to Lane, the content of student publications — whether serious or sarcastic, gossipy or factual, critical or cheerful — is legally at the sole discretion of the publications’ student editors.

At Lane, where The Torch maintains its position as a revered student newspaper, the underlying reasons for retaliatory funding reduction might be mysterious, but the constitutional take is not: The college may not reduce funding because of content.

For example, in Koala v. Khosla, the United States Court of Appeals for the Ninth Circuit (whose jurisdiction includes Oregon) determined that “the government may not withhold benefits for a censorious purpose,” including “when the state singles out and burdens the press by revoking a subsidy.” And that was a case largely about the right of the free press to write sardonic pieces about “unsafe spaces” and to publish pictures of student leaders with genitalia superimposed on their faces. In other words, the First Amendment right to freedom of press doesn’t just apply to serious publications, even in the college context.

At Lane, where The Torch maintains its position as a revered student newspaper, the underlying reasons for retaliatory funding reduction might be mysterious, but the constitutional take is not: The college may not reduce funding because of content.

Lane has responded saying it is looking into the situation, and we hope that Lane will expeditiously heed the constitutional concerns outlined in our letter and reinstate The Torch’s traditional $2.90 per student allocation.