FIRE > Newsdesk > Top Story > Language evolves, and we must understand that 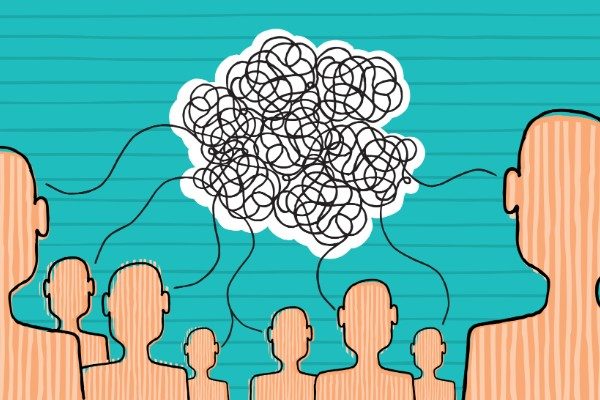 I never think of Nazis when people say “hip hip hooray.” But according to Colorado State University’s Inclusive Language Guide, the association is intrinsic.

“Hip hip hooray” is allegedly derived from the German phrase “hep hep.” German anti-Semites used “hep hep” during the “Hep-Hep” riots of 1819, and Nazis later used the phrase to round up Jews during the Holocaust. Therefore, the guide asserts people who strive to be inclusive should avoid saying “hip hip hooray.” Instead, people should use the phrase “hooray,” apparently hoping that it won’t remind people of the closely related phrase “hip hip hooray,” and then the “Hep-Hep” riots, and then the Holocaust, and then the systematic oppression and extermination of Jews.

The opening paragraph of Colorado State University’s Inclusive Language Guide states that the guide acts as a resource for people who want to use inclusive language and not as a requirement — the administration has further clarified adherence to the guide is not mandatory. The paragraph also notes that “language is always evolving so this document will be updated periodically.” But the rest of the guide makes clear that the guide essentially ignores the evolving nature of language.

For example, the guide argues against using the term “crippled.” I assume this is well-intentioned. I generally agree that when you use the term “crippled” with derogatory intent you “generalize the population and minimize personhood,” which the guide cites as reasons to avoid the term. However, this warning ignores the budding effort to reappropriate the term. When a community reappropriates a term, it adapts the term to use it for something other than its original intent. Often, communities will take derogatory terms and reappropriate them as empowering words.

That’s what the community of people with disabilities is doing. According to Julie Williams, of Wright State University,

Crip is considered to be an inclusive term, representing all disabilities: people with vastly divergent physical and psychological differences … the term Crip within the disability community reflects the political reclaiming of the historically derogatory term ‘cripple,’ which not only diminished the person to an image of ugliness but also excluded those with non-physical disabilities from the disability community.

A person may choose to use the word “crip” specifically to be more inclusive. But by making a widespread claim about every instance in which the word “cripple” is used, the guide strips communities of their ability to make linguistic choices. Colorado State University does not empower people to reclaim language. It encourages people to freeze language in its most oppressive state rather than transform language to a more inclusive state.

The reclaiming of the term “cripple” has led to the development of “crip theory” and “crip justice.” This may sound familiar. The once-derogatory term “queer” has since been reclaimed and spurred concepts such as “queer theory” and “queer justice.” In fact, Colorado State University’s guide recommends people use the term “queer” rather than the term “homosexual,” since the “clinical history” of the term homosexual “suggest[s] that gay people are somehow not ‘normal’ or psychologically/emotionally disordered.” It ignores that queer’s first definition is still “differing in some way from what is usual or normal” — and that “queer” was considered a derogatory term far more recently than the fall of Nazi Germany in 1945.

Language shifts rapidly — what might be empowering to one might be demeaning to another. Dan Savage, a gay rights advocate and co-founder of the It Gets Better Project, explained in a blog post that:

Most of the students at [a seminar he gave] were surprised to learn that “queer” used to be considered a hate term. Queer Nation activists in the early 1990s successfully reclaimed the word—hence queer studies programs, queer student groups, and the popularity of “LGBTQ”—but some older gays and lesbians vehemently object to the use of the word “queer.”

Of course, there are many words that have not achieved the widespread acceptability of “queer,” and the reappropriation of some terms remains largely within the targeted community. According to one study of linguistic preferences at historically black colleges and universities, the racial slur known as the “n-word” has mixed acceptability when used by a person of color —  a quarter of respondents said it was always or almost always acceptable, around forty percent said it was sometimes or almost never acceptable, and a third said it was never acceptable. However, two-thirds of respondents agreed that “it is never acceptable for non-Black people to use the N-word with anyone in any situation.” Yet the word is used in many songs, especially within rap and hip-hop, and there are at least 727 songs on Spotify with the “n-word” in the title. Similarly, most still consider the word “kike” offensive when non-Jews employ it, but some Jews have attempted to reclaim the slur. Notably, the Jewish rapper Lil Dicky has attempted to reclaim the slur in his songs, rapping that “I’m saying/If they can say the N word/I sure as fuck can say Kike.”

The band “The Slants” even won a landmark Supreme Court case when it challenged the U.S. Patent and Trademark’s denial of the registration of its band name, a slur often considered derogatory against Asians. In a unanimous decision, Justice Samuel Alito wrote for the Court that “[s]peech that demeans on the basis of race, ethnicity, gender, religion, age, disability, or any other similar ground is hateful; but the proudest boast of our free speech jurisprudence is that we protect the freedom to express ‘the thought that we hate.’ Matal v. Tam, 137 S. Ct. 1744 (2017) (quoting United States v. Schwimmer, 279 U. S. 644, 655 (1929) (Holmes, J., dissenting)).

Over time, these words may come into widespread use, or they may remain the primary province of specific groups, or they may not be used by many people beyond a historical context. Colorado State University’s guide ignores all of these possibilities. It only focuses on a word’s damaging association (in the sole opinion of Colorado State University authorities), which implicitly discourages groups from reclaiming terms.

The guide’s drafters at Colorado State University most likely have good intentions, and the document makes clear it is not “official policy or required practice.” Moreover, I’m not arguing that decent citizens should divorce every word from its historical context and use any word they wish without regard for their impact on others. Some words, like many I’ve mentioned above, remain entrenched in their oppressive histories, and people who aim to respect others should be cautious when using them.

However, “the thought that we hate” can, over time, become the speech that empowers. As Savage notes, “some readers used the [historically homophobic slur] affectionately, some used it hatefully, demonstrating that intent, not a particular string of letters, makes a word hateful.” Colorado State University overlooks this. Its guide assumes that a person’s intent does not matter, which is untrue. People who intend to respect one another will do their best to use the proper words, without institutional recommendation or force. If they make mistakes, which is likely given the rapid evolution of language, well-intended people will adapt their language, understand the circumstances, and improve.

Rather than sending out guides attempting to sway people toward using one term or another based on antiquated or since-eclipsed associations, universities should work to teach people how to engage in respectful dialogue and communicate clear ideas. At least, that’s what they should do if they wish people to take it upon themselves to genuinely accommodate those they respect once they leave the university and its institutional pressure.

Daniel Zahn is a rising senior at Penn State and a FIRE summer intern.