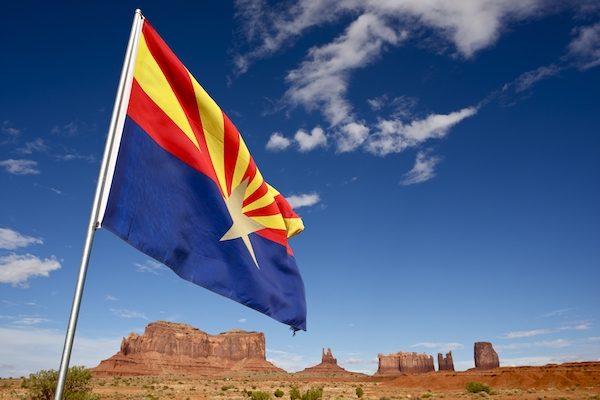 In a concerning development in Arizona involving a bill that already passed the state Senate, the state’s House of Representatives added an amendment to include unconstitutional language that threatens academic freedom.

The bill, Senate Bill 1412, now returns to the Senate with new language that would bar faculty and even invited guest speakers from “provid[ing] instruction to students or employees that promotes or advocates for” concepts specified in the bill, including topics related to race and ethnicity. That provision applies only to those college students who are taking required courses in teacher preparation programs.

FIRE is asking the Arizona Senate to reject the House Amendment to SB 1412.

Whether for required courses or not, viewpoint-based prohibitions on “instruction” in public higher education violate decades of U.S. Supreme Court precedent, which has guaranteed significant academic freedom protections for public universities and faculty at those institutions. Indeed, in Sweezy v. New Hampshire, the Supreme Court held:

To impose any strait jacket upon the intellectual leaders in our colleges and universities would imperil the future of our Nation. No field of education is so thoroughly comprehended by man that new discoveries cannot yet be made. Particularly is that true in the social sciences, where few, if any, principles are accepted as absolutes. Scholarship cannot flourish in an atmosphere of suspicion and distrust. Teachers and students must always remain free to inquire, to study and to evaluate, to gain new maturity and understanding; otherwise, our civilization will stagnate and die.

The Supreme Court built on this precedent in Keyishian v. Board of Regents, further explaining the necessity of protecting academia from government interference. In its opinion, the Court identified academic freedom as “a special concern of the First Amendment, which does not tolerate laws that cast a pall of orthodoxy over the classroom.”

The state can’t simply set aside certain concepts — even if deeply offensive — as prohibited in public college classrooms.

“Our Nation is deeply committed to safeguarding academic freedom, which is of transcendent value to all of us and not just the teachers involved,” reasoned Justice William J. Brennan in the majority opinion

When a bill prohibits college faculty from teaching specific ideas in their classes, it violates the principles of academic freedom and runs afoul of the Supreme Court’s holdings in Sweezy and Keyishian. This is true regardless of what ideas the legislation would outlaw.

The “concepts” banned from teacher preparation programs in the amended version of SB 1412, which are similar to those targeted by other legislation across the country, are:

Treating a student differently in class based on that student’s race or another protected characteristic already implicates Title VI and related anti-discriminatory measures. But the state can’t simply set aside certain concepts — even if deeply offensive — as prohibited in public college classrooms, because the First Amendment wisely doesn’t allow the government to pick and choose which ideas are true or false.

So, even if there might be scenarios in which professors incorporating many of the propositions above in their classrooms could potentially violate existing anti-discrimination laws like Title VI, that is not true of all of the concepts on the list. For example, item 4 would ban professors from advocating for affirmative action policies that allow institutions to factor race into admissions decisions. This would put at least some Arizona professors in the untenable and absurd position of being banned from arguing in class for the validity of their own institutions’ actual policies.

But more importantly, even if advocating some of the items could possibly create a discriminatory hostile environment, that does not mean that the mere assertion of those ideas in class necessarily creates a hostile environment that justifies a prior restraint in the college setting. Indeed, the legal bar is appropriately high, and it is extremely rare, and maybe even impossible, for teaching alone to create a hostile environment.

And that’s a good thing, too.  While FIRE opposes this curricular ban on how Arizona’s public colleges can teach about race, we have also had to fight attempts over the past few years to mandate that groups promote critical race theory as a condition of student organization funding. FIRE is also fighting an attempt to undermine academic freedom in the California Community College system through an ill-advised proposed regulation that would add diversity, equity, inclusion, and accessibility standards to the evaluation and tenure review of community college employees.

These examples illustrate that anti-discrimination rationales can be and are being used by people on all parts of the political spectrum to justify intrusions into free speech and academic freedom.

FIRE’s archives are full of examples of anti-discrimination rationales being employed to unlawfully stifle faculty expression that goes against the campus mainstream. We have proudly opposed these assaults on free speech and academic freedom

Our message to lawmakers is simple: These rationales have too often been abused, stifling teaching that is clearly protected by the norms of academic freedom and the First Amendment.

More unusually, the amended bill also threatens academic freedom by inviting litigation into the classroom, even allowing parents of adult students to sue colleges. While it might make sense for parents of minors to be able to sue K-12 school districts when their childrens’ rights are violated, allowing the parents of adult students to sue colleges is bizarre and troubling. Turning college classrooms into litigation battlefields, potentially even involving parents who are not in the classroom at all, will create a chilling atmosphere where academic inquiry is unlikely to thrive.

Prior restraints on speech result in unforeseen damage that must be avoided, especially when appropriate alternatives are available.

Relying on existing federal anti-discrimination law, and exploring opportunities to provide appropriate remedies in state courts that don’t expressly intrude on the classroom instruction, are viable alternative approaches that can avoid the constitutional defects created by collegiate curricular bans. Unlike creating a cause of action that expressly invites people to sue over what happens in the classroom, a general cause of action that mirrors existing anti-discrmination laws would avoid implying that courts have a broad mandate to regulate what happens in class. The Arizona legislature could also regulate what its public institutions assert in its own non-credit-earning orientations and trainings, or move to prevent the institution or its faculty from abusing its power by compelling students to express agreement with contested views. None of those approaches would be unconstitutional.

FIRE is aware of, and does not discount, the concerns of those who observe or experience situations in which conduct in the classroom may cross the line into invidious discrimination. Rather than impose across-the-board bans, if and when the proscribed assertions are made to classes of adult students, existing anti-discrimination frameworks provide a less politically fraught lens for analyzing the contexts and taking the totality of the circumstances into account to determine whether a hostile environment has been created. Prior restraints on speech result in unforeseen damage that must be avoided, especially when appropriate alternatives are available.

For all of these reasons, FIRE is asking the Arizona Senate to reject the House Amendment to SB 1412. If the legislature is interested in constitutional approaches to addressing discrimination at Arizona’s colleges, FIRE is always available to assist.