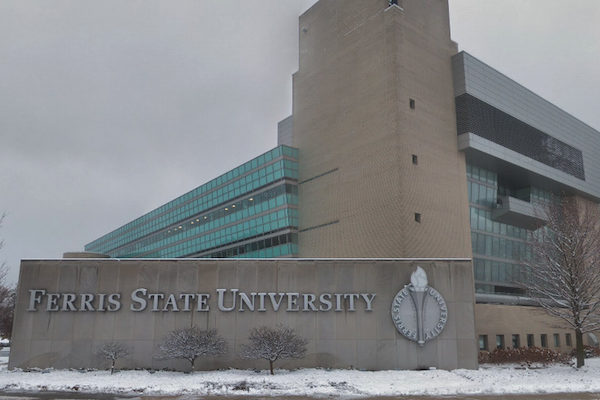 Ferris State University history professor Barry Mehler, suspended from teaching over a tongue-in-cheek online class intro that went viral because it was peppered with vulgarities, filed a lawsuit yesterday in the U.S. District Court for the Western District of Michigan. (The complaint, exhibits, and filings are collected here.) The veteran professor alleges the university’s subsequent punishment, including removing him from the classroom and banning him from campus, “trampling” his free speech and academic freedom rights.

Mehler, who not so long ago was praised by Ferris State leadership for his idiosyncratic teaching style, including the very performative lecture that later yielded his suspension, is seeking a temporary restraining order and injunctive relief to halt the university’s retaliation against him and allow his return to teaching. Through our Faculty Legal Defense Fund, FIRE provided Mehler an attorney, Matthew Hoffer, to attempt to negotiate a resolution with the university. Litigation quickly proved necessary.

In the lawsuit, Mehler’s teaching style is described as “hyperbole, jest, performance, showmanship, and soliloquy,” a fact which was well-known by Ferris State leadership when they suspended him, claiming his use of profanity violated the university’s overbroad Employee and Student Dignity policy.

“No reasonable person could watch [Mehler’s] Video and come away thinking he was actually insulting or harassing his students,” the lawsuit alleges, in part because Mehler had been performing “The Show,” as he calls it, for over two decades at Ferris State. He performed it in a public lecture series, and even included it as part of his 2015 nomination for a Distinguished Teaching Award. (In 2017, Mehler was named a finalist for the award.) In the now-viral video, Mehler welcomes students to a new season of his “show” wearing what appears to be a space helmet, followed by a critique of the university’s COVID-19 policies. (Mehler’s character was pretending to have just arrived from “Rigel VII,”  a quarantined planet in Star Trek.)

As FIRE explained after selectively edited clips of Mehler’s remarks went viral, his teaching style may be profane at times, and it’s certainly not everyone’s cup of tea. But profanity is “not a lawful basis to suspend or sanction him. The First Amendment protects the right of faculty to utter profane words in the classroom.”

Mehler’s now-famous intro, which was adapted, in part, from the series “Deadwood,” covers a wide range of topics that are typically discussed in “syllabus week,” those earliest days of the semester when professors outline the rules and guidelines for the course, struggling to get students — just tuning in after summer or winter break — to pay attention to the syllabus. Usually pretty boring stuff, but Mehler strived to make it interesting by welcoming students to a new season of his “show” by calling them “vectors of disease” who are going to infect him with COVID-19. He shows an old commercial for Camel cigarettes then says, “Don’t believe all the hype that you hear about smoking being bad for you,” and warns students that they have no control over their grades because he believes in “the Calvinist doctrine of predestination.” All of this should be taken very seriously.

Viewed out-of-context, one might be forgiven for thinking the professor was acting inappropriately. However, when viewed in its entirety, a different picture emerges.

With regard to the Ferris State University professor who is being punished by the school for his viral class video:

But violating faculty rights is not.https://t.co/EgQuiSiQmM

Mehler’s antics aren’t serious, but sardonic and often satirical, and he uses humor to explain important points, such as how students should cite sources in his classes to avoid plagiarism or challenge preconceived notions when pursuing research. And, far from assigning grades at random because of Calvinism, he explains how students can earn an ‘A’ in his class. Students seem to have liked Mehler’s wit, the lawsuit notes, as enrollment was full at the time he was suspended.

Mehler’s lawsuit also alleges that Ferris State’s reaction to his pedagogical techniques was different this time because of his criticisms of the university’s COVID-19 policies, which leadership sought to “silence.”

FIRE has already warned Ferris State to “drop its investigation into Mehler and return him to the classroom so as not to violate its obligation to respect faculty expressive rights under the First Amendment.”

So far, the university has chosen otherwise.

It will soon learn the hard way that it’s not so easy to undermine faculty free speech rights in a court of law.