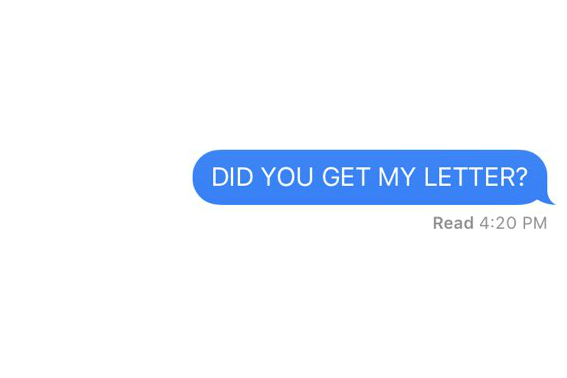 On June 13, FIRE wrote to the University of Northwestern to express concern over the university’s obstruction of a planned event by the UNW chapter of Young Americans for Freedom featuring conservative political activist Star Parker. This viewpoint-based decision by UNW directly contradicts the free speech promises the university makes to its students. While UNW is a private university and therefore not bound by the First Amendment, it is bound to uphold the promises of freedom of speech it makes in its policies.

The June 19 response from UNW’s president, Dr. Alan Cureton, was illuminating. It reads, in its entirety:

Per your request, your letter dated June 13, 2019 was received and read.

This response from the UNW, much like a text message read receipt, indicates that it is not taking our concerns seriously. While that may be merely disappointing if the concerns were about something trivial, such as ice cream flavors in the dining hall, these are not. Such a nonchalant response — and its implicit acknowledgment of the university’s violation of its own free speech policies — is alarming. To be “left on read” by the university highlights the disregard UNW has for its students and their rights.

UNW had a variety of options: It could have written us back and told us how it is remedying the violation, or asked for assistance, or even sent us the form letter that it distributed to staff in early June. Rather, President Cureton sent us a single sentence. In that single sentence, the message was clear: He read what we wrote, but he doesn’t care what we have to say.

Take action and urge President Cureton to reaffirm the University of Northwestern’s promises to protect its students’ free speech.

Kelsey Sheronas is a FIRE legal intern and a rising 2L at Temple University Beasley School of Law.