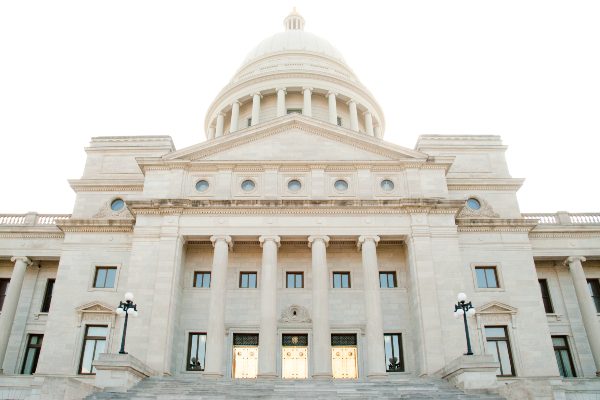 As state legislatures begin their 2021 sessions across the country, a troubling trend of legislative intrusions into how faculty at institutions of higher education teach has emerged. Most of these legislative measures, which seek to remedy perceived bias against conservatives in the classroom, threaten to undermine academic freedom, a bedrock principle that higher education depends upon for its success. This piece will consider the implications of several of these bills presently on FIRE’s radar.

In the landmark 1957 case of Sweezy v. New Hampshire, a plurality of the Supreme Court of the United States provided a robust defense of academic freedom from government intrusion. In Justice Felix Frankfurter’s concurrence, he quoted a report that explained why academic freedom depends on universities being shielded from the instructions of external actors when it comes to exploring ideas:

In a university knowledge is its own end, not merely a means to an end. A university ceases to be true to its own nature if it becomes the tool of Church or State or any sectional interest. A university is characterized by the spirit of free inquiry, its ideal being the ideal of Socrates — “to follow the argument where it leads.” This implies the right to examine, question, modify or reject traditional ideas and beliefs. Dogma and hypothesis are incompatible, and the concept of an immutable doctrine is repugnant to the spirit of a university. The concern of its scholars is not merely to add and revise facts in relation to an accepted framework, but to be ever examining and modifying the framework itself.

The high court further embraced academic freedom a decade later in Keyishian v. Board of Regents, which identified academic freedom as “a special concern of the First Amendment, which does not tolerate laws that cast a pall of orthodoxy over the classroom.”

“Our Nation is deeply committed to safeguarding academic freedom,” the Court reasoned,  “which is of transcendent value to all of us and not just the teachers involved.”

One of the most significant current legislative threats to academic freedom is Arkansas’s HB 1218, which states that K-12 and state-supported two-year or four-year institution of higher education:

shall not allow a course, class, event, or activity within its program of instruction that:

(1) Promotes the overthrow of the United States Government;

(2) Promotes division between, resentment of, or social justice for a:

An institution that violates this provision would have 10% of its state funding withheld.

The bill explicitly bans certain arguments from being taught in classrooms. By attempting to “cast a pall of orthodoxy over the classroom,” at least with respect to its application to higher education, HB 1218 runs afoul of the Supreme Court’s holding in Keyishian and therefore must be rejected.

Looking beyond caselaw, HB 1218 is simply bad policy. As I wrote last October, “[f]aculty and student discussions of racial and sexual inequality should be unencumbered on college campuses. Faculty and students must be permitted to explore these concepts and competing theories of them without government interference.” Additionally, it should be abundantly clear that professors are allowed to negatively discuss or “target” specific countries. A hallmark of the First Amendment is that even the United States may be “negatively targeted.”

Another bill that would jeopardize academic freedom is Iowa’s HF 49. While that bill does not directly restrict what can be taught, it would eliminate tenure in the state. Over the years, FIRE has written repeatedly to argue that removing tenure significantly reduces protections for academic freedom by making it easier to remove senior faculty. While we take no position on what would make the ideal tenure policy, or precisely how one should function, our archives are filled with cases where we successfully fought on behalf of tenured faculty, any number of whom could have faced swift and unjust termination if they hadn’t been protected by tenure. We cannot emphasize strongly enough the role tenure has played in securing the rights of university faculty members around the country.

Legislation is not the only way that lawmakers have taken actions that have harmed academic freedom. Indeed, too often legislators of all political stripes publicly pressure campus administrators to punish faculty who express views they oppose. For example, last month State Sen. Anthony Williams, a Democrat, called for the University of Pennsylvania to suspend or terminate a professor who used a Nazi salute to assert that his colleagues were acting like Nazis by silencing him during a virtual conference of the Society of Historical Archaeology. In 2018, California assemblyman James Gallagher, a Republican, introduced a resolution urging the University of California, Davis to fire a professor after public comments from 2014 and 2015 surfaced in which the academic called for police to be killed.

While legislators in Arkansas, Iowa, and Pennsylvania have taken actions this year that would threaten academic freedom, the Florida legislature is considering SB 264, a bill that doesn’t pose the same problems. Instead it proposes to seek more information about intellectual freedom and viewpoint diversity. The bill does so by directing the State Board of Education to require each Florida College System institution to conduct an annual assessment related to intellectual freedom and viewpoint diversity. While FIRE itself has been conducting surveys exploring the climate for free speech on college campuses and thinks that similar studies can provide valuable data, such studies must be conducted apolitically and with sound methodology. To ensure the surveys aren’t permeated with political bias, the legislature could improve the bill by amending it to require the State Board of Education to consult with stakeholders like faculty in the creation of the survey tool.

There are some who might look at these examples as proof that legislators should leave university governance entirely to the institutions themselves. Indeed, when it comes to what can be taught and by whom, shared governance between faculty and administrators at the university level should be isolated from government interference. Legislators should be mindful of the potential harms caused when their involvement in the operation of higher education goes beyond providing funding, setting general graduation requirements, or instituting measures that ensure institutions under their authority are respecting and promoting the civil liberties of students and faculty.