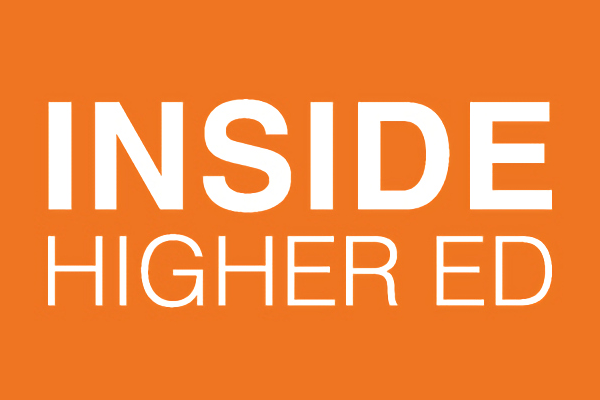 This letter to the editor was submitted on Sept. 7 to Inside Higher Ed in response to John Warner’s article, “The Limitations of FIRE’s Database.” We received no response. But readers deserve the truth. And because we cannot let Warner’s egregious mischaracterizations go unaddressed, we have chosen to publish our letter to the editor here on the Eternally Radical Idea.

FIRE’s Scholars Under Fire database documents attempts to professionally sanction scholars for ideological reasons since 2015. Yet a recent Inside Higher Ed piece by John Warner misleads IHE readers by dismissing our conclusions while impugning our motive. He is wrong on both counts.

Warner begins by listing things not included in the database to create the impression FIRE doesn’t care about those issues. To do so, he has to ignore FIRE’s actual work.

For example, Warner complains that the database doesn’t mention Boise State’s suspending its diversity courses, which we covered and investigated; the anti-CRT proposal at the University of Nebraska, which we explicitly called on the university to reject; the Iowa state legislature’s proposal to eliminate tenure, which we covered as posing a threat to academic freedom; and the AAUP’s survey on intimidation of scholars, which is especially baffling, because we cite it in the first paragraph of the executive summary of the report.

We agree with Warner that the issue of scholars receiving private threats is important, too. We’re looking at other ways to focus on that. Such a project will require a different methodological framework for a number of reasons, including the sad fact that allegations of threats and harassment are quite common online. It is fine to disagree with this approach, but to mix data on public sanction campaigns with a self-reported selection of alleged threats undifferentiated by scope or severity would dilute the value of either research endeavor.

Warner also suggests that the research should not be taken seriously because of FIRE’s donors. We put no political litmus test on our donors, and are very proud to earn support from thousands of people all across the political spectrum. It’s with their generosity that FIRE has been able, for more than 20 years, to defend the individual rights of students and professors who need our help.

Warner does not explain, because he could not, how our supposed requirement to “perpetuate narratives” for “right-wing ideologues” could be reconciled with our being among the first to defend 1619 Project creator Nikole Hannah-Jones; Steven Salaita, targeted for his anti-Israel tweets; Richard Berthold, who joked on 9/11 that “anyone who can bomb the Pentagon has my vote”; George Ciccariello-Maher, who tweeted, “All I Want for Christmas is White Genocide”; Randa Jarrar, who tweeted after Barbara Bush’s death that she was a “racist… who raised a war criminal”; Lisa Durden, who defended a BLM-sponsored “black only” Memorial Day event; self-identified Antifa member Jeff Klinzman; and countless others who are despised by critics on the right. And if there are more who need help, FIRE will be there.

Disagreeing with our methodology is one thing. Misleading readers into believing that we have done nothing on case after case we have fought is another. Readers should dismiss this dismissive narrative.